“One of the wildlife wonders of the world” is how Sir David Attenborough once described the Bass Rock, and if you take the short boat trip out from North Berwick you’ll see why.

This volcanic lump of rock that sits just off the southern coast of the mouth of the Firth of Forth has the world’s largest colony of Northern Gannets.

The latest count estimates that there are 150,000 of these birds that make ‘The Bass’ their home during the summer.

During June, July and August the numbers are swollen with the arrival of a new batch of chicks, and September sees the birds start to leave for the Bay of Biscay and West Africa. By the end of October most of them have gone, and then start to return again at the end of January.

To see this fantastic spectacle, we took the Sula II boat which travels around Craigleith before heading out to the Bass.

The Scottish Seabird Centre does a similar trip using a catamaran as well as various other trips including landings on Bass Rock for photographers and wildlife enthusiasts. You’ll need deep pockets for these landing trips though I hasten to add. 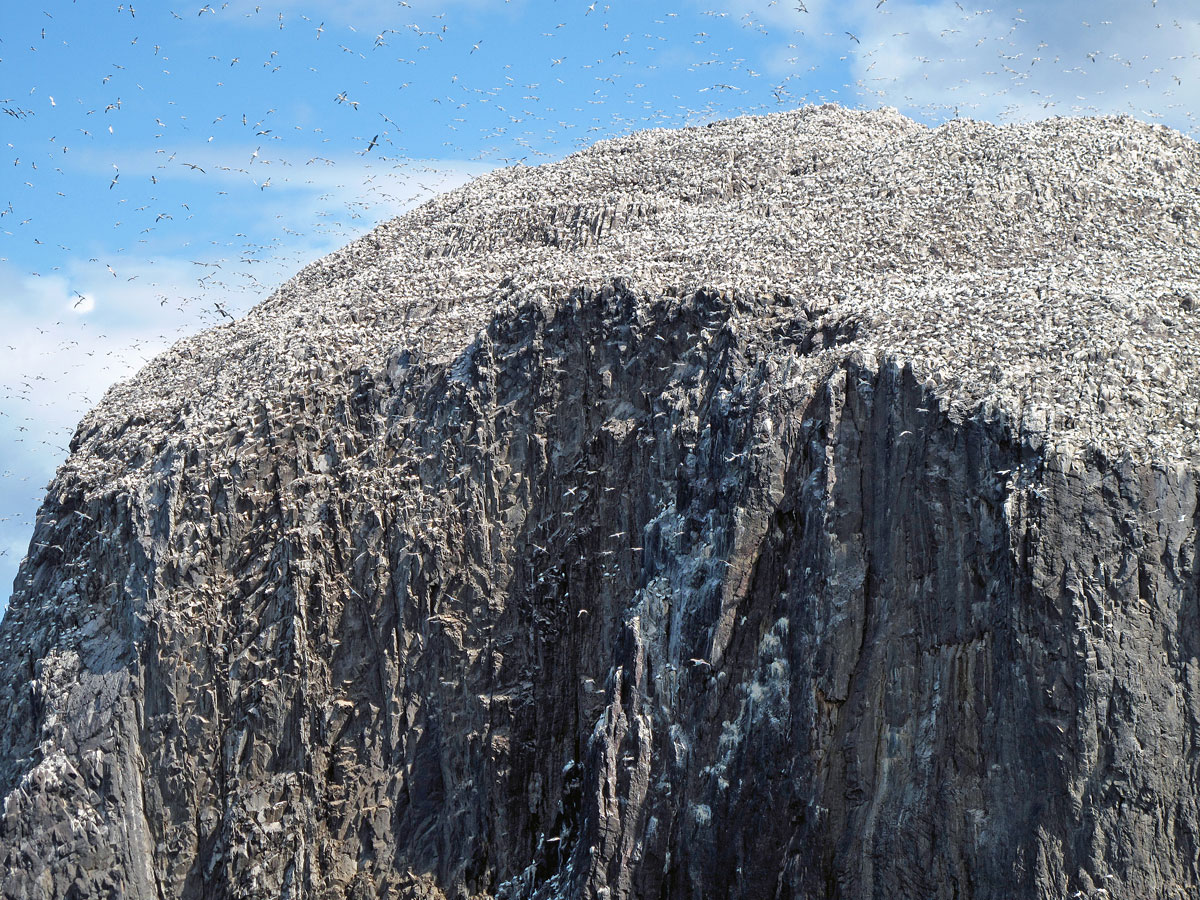 The island is privately owned and was once used as a prison, but for most people it’s the birdlife that they come to see. Apart from the gannets, there are guillemots, razorbills and puffins amongst others.

For a trip like this, it’s always subject to weather conditions of course and it might not seem like a good idea to book in advance, but I reckon it is, especially as you won’t be charged if they can’t go.