Grenoble - Capital of the Alps

Before coming to Grenoble I was somewhat surprised to learn that it’s often referred to as the ‘Capital of the Alps’: After all, the Alps run for 750 miles between France and Slovenia, and Grenoble is at the extreme western edge of the mountain range – and as far as I’m concerned, is not actually even in the Alps.

I thought that maybe somewhere like Innsbruck would have a better claim to the title, so I looked it up and can you guess what I found? Yep! That’s right, Innsbruck is also called the capital of the Alps.

I’ll leave it to the powers that be to decide which they think is the best candidate for the title, but if nothing else, it did focus my mind a bit more on how the city of Grenoble sees itself.

There’s no doubt that its location in south-eastern France, where the Rivers Isère and Drac meet, would have been a natural place to build a settlement, and from its humble Gallic beginnings in 43 BC, Grenoble has grown into a fair-sized city.

The official population is around the 160,000 mark, but if you include the sprawling suburbs of the metro area that stretch up through the valleys either side of the Chartreuse Massif, the population is nearer to 700,000.

Grenoble is not a city that is devoid of any history, but it struck me that it was much keener to look towards the future rather than dwelling on the past.

The large university, for example, adds youth to the city’s character and provides labour for the high-tech industries, such as the Nuclear Energy Commission, European Molecular Biology Laboratory and the European Synchrotron Radiation Facility. That’s quite a mouthful I know, but I’m sure you get the gist.

At the heart of the city though, there is still an Old Town (Vieille Ville), but whether this was where the original settlement of Cularo was, I couldn’t say because the historians aren’t sure either. What they are sure about though is that by the 4th century AD the fortified Roman town of Gratianopolis took its place.

It wasn’t a particularly important town, just a regional centre, and after the Romans departed, it fell into relative obscurity right up until the Middle Ages when it became a city divided by the ruling Counts of Dauphiné and the local Bishops.

At the time, Dauphiné was a state and not a part of France, and the Counts (who were known as Dauphins), ruled from the area around Place St. André. The church of the same name was the family’s private place of worship and final resting place, but as churches go it’s nothing exceptional, but it’s worth paying it a visit, if only to see where the Seigneur de Bayard is laid to rest.

Pierre de Terrail Seigneur de Bayard, to give him his proper title, was a late 15th/early 16th century French knight more commonly known as the Chevalier de Bayard, and if you were wondering who the character on the plinth in the middle of the square was, well now you know.

Place St. André is probably the best place to soak up the atmosphere of the Old Town, but as this was late December (between Christmas and New Year) there wasn’t a lot of point in hanging around, and so we popped into the Café de la Ronde for a coffee to warm up.

As you would expect, it had all the ambience that only a French café can have, but more than that it claims to be the second oldest in France after the Café Procope in Paris.

As much as I could have stayed in here all day, it was time to move on and check out the rest of the Old Town. Even though it was the ‘Twixmas’ period it was good to see that the markets were still operating – one in the Place aux Herbes and another in the St. Claire Halles. Other than that, it was the wrong time of the year for sightseeing really. We stopped off at the Notre Dame Cathedral, which didn’t actually set my pulse racing, and moved on to the Isère Resistance and Deportation Museum.

Some of you will know that I have an avid interest in events of the 20th century, the Second World War being one of them, but before you dash off, I’d like to reassure you that I’m not going into any significant detail here about a forgotten army of brave people who fought and died for France during the Nazi occupation. It wasn’t just those who fought against Petain’s Vichy government who are remembered here, but also the Jews that were sent east to those places that they never ever returned from. Enough said.

One of the things that travel does is open your mind to things that you never realised before, and visiting this museum was one of those things. Now that I’ve been to this region, I can start to understand what those resistance fighters were up against, because we were now off up to the Bastille – and the highlight of any trip to Grenoble.

There are two ways to get up to the Bastille – you can walk, or you can take the Bubbles, a cable car that some people might not care for too much, but for me it would be the Bubbles every time. Before I go any further, I would have to say that the Bastille isn’t very exciting from a monument point of view, but the view from the Bastille is incredible.

From here you can see how Grenoble is surrounded by mountains – the Chartreuse, the Belledone, and the Vercors: You can even see Mont Blanc, 70 miles away, and I could now start to understand the terrain that those resistance fighters were having to contend with. My mind wanders off in all sorts of directions when I think of these things, but that’ll do for now – let’s just get back to those views.

It’s only when you come up here that you can see the reason why Grenoble was awarded the Winter Olympics in 1968 and why it sees itself as the Capital of the Alps. I’ll stop talking now, and just let you enjoy the views. 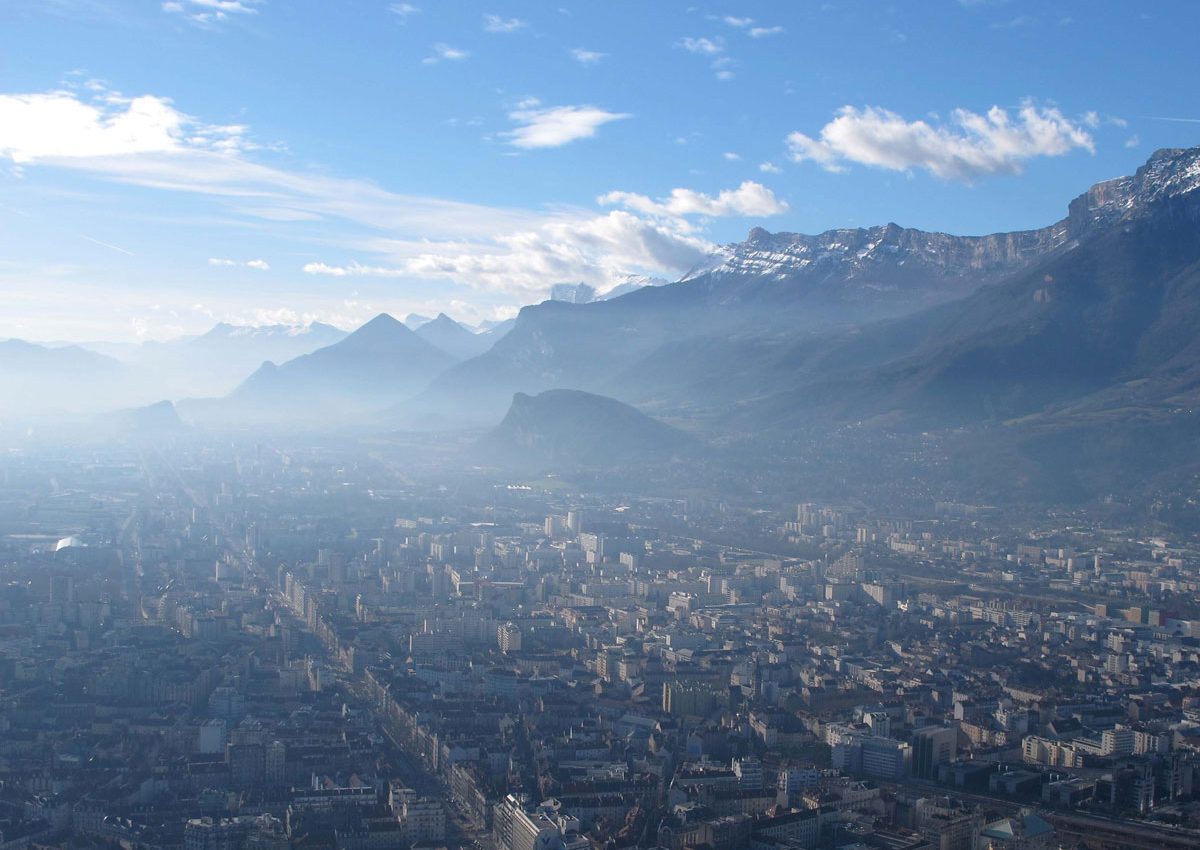 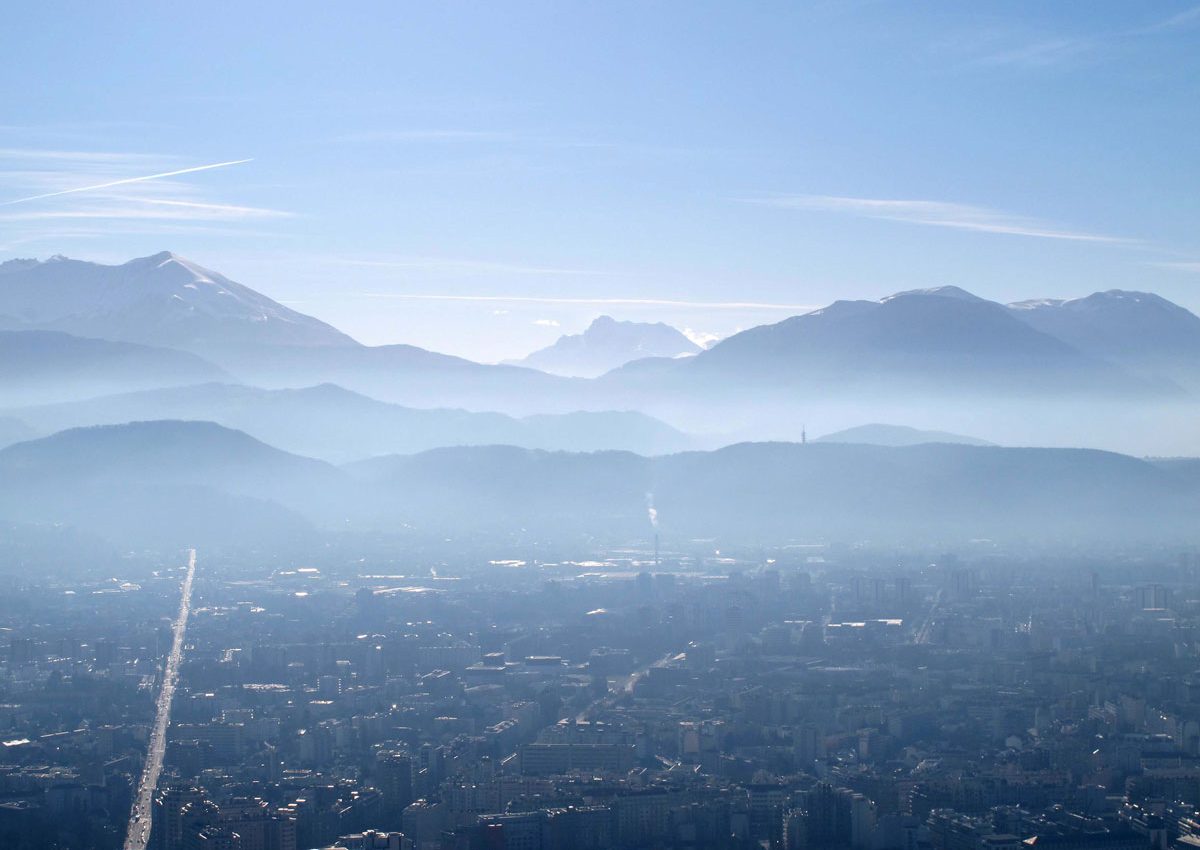 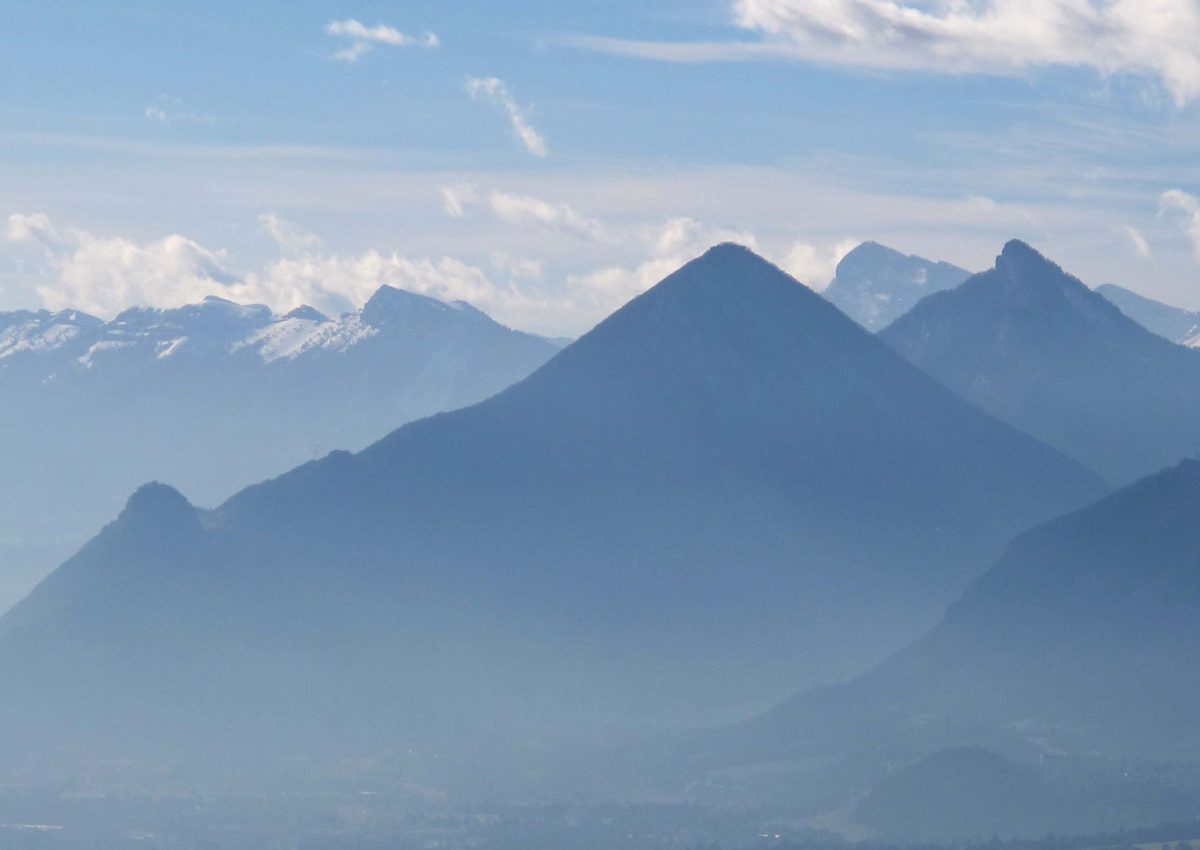 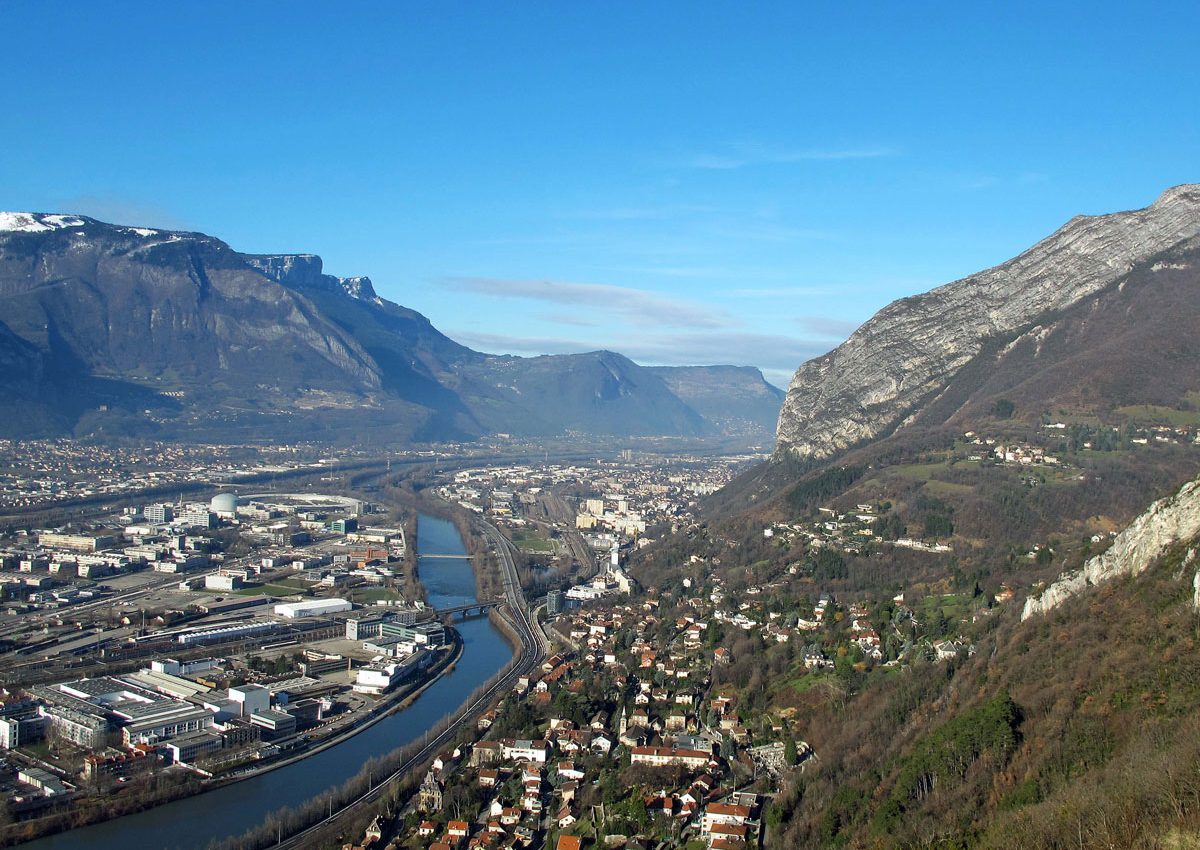 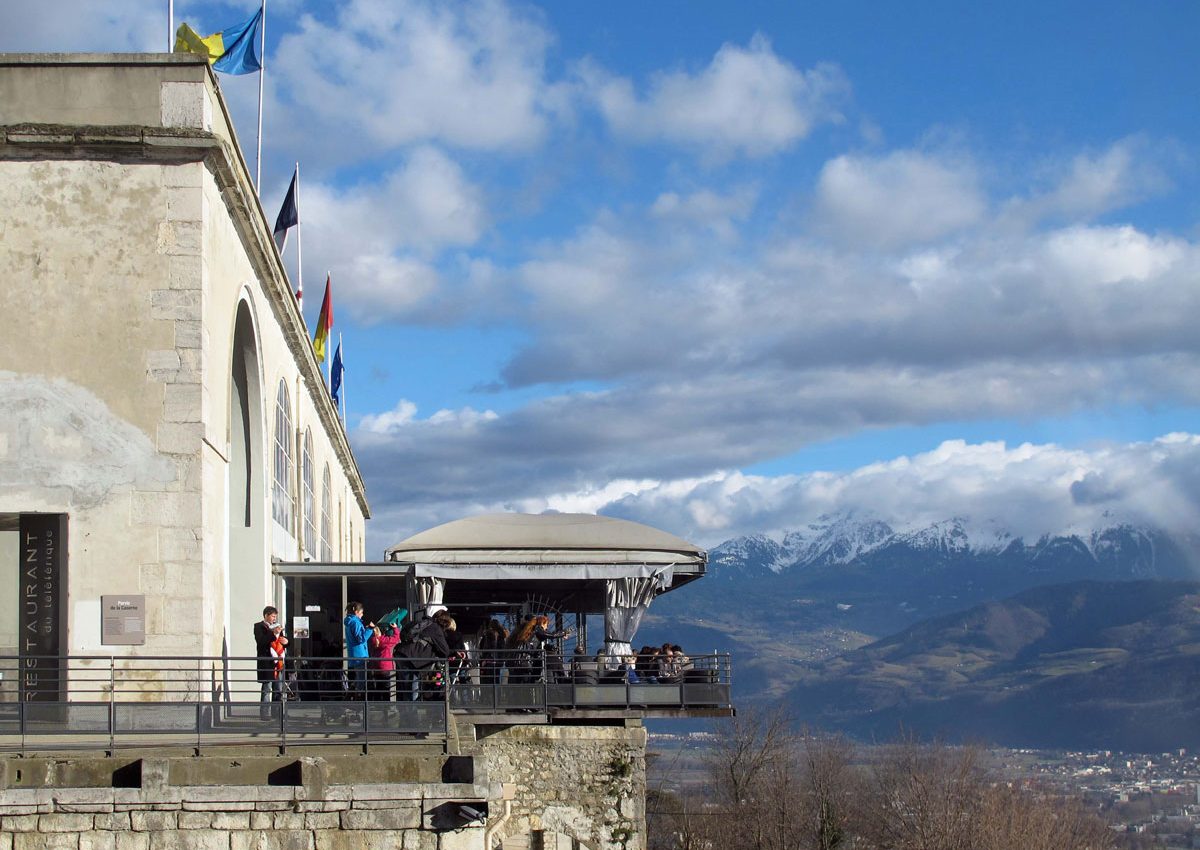 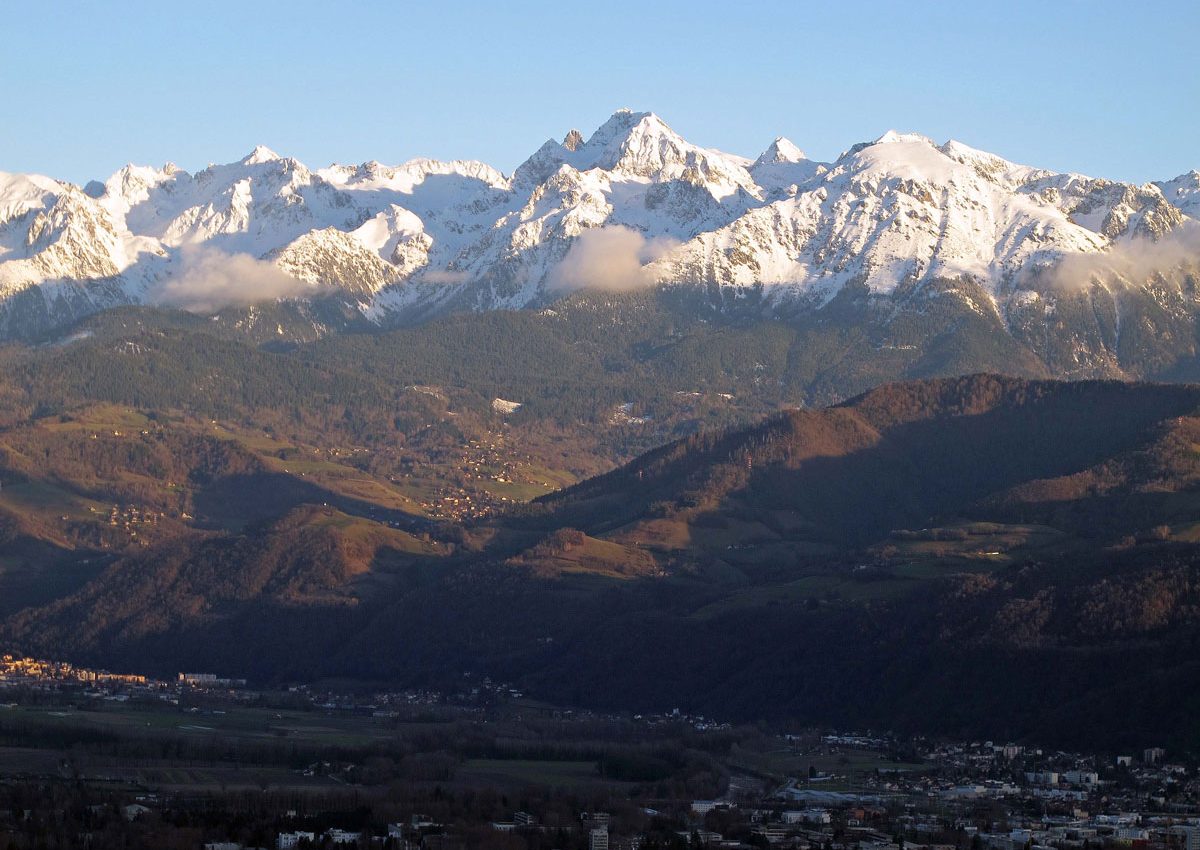 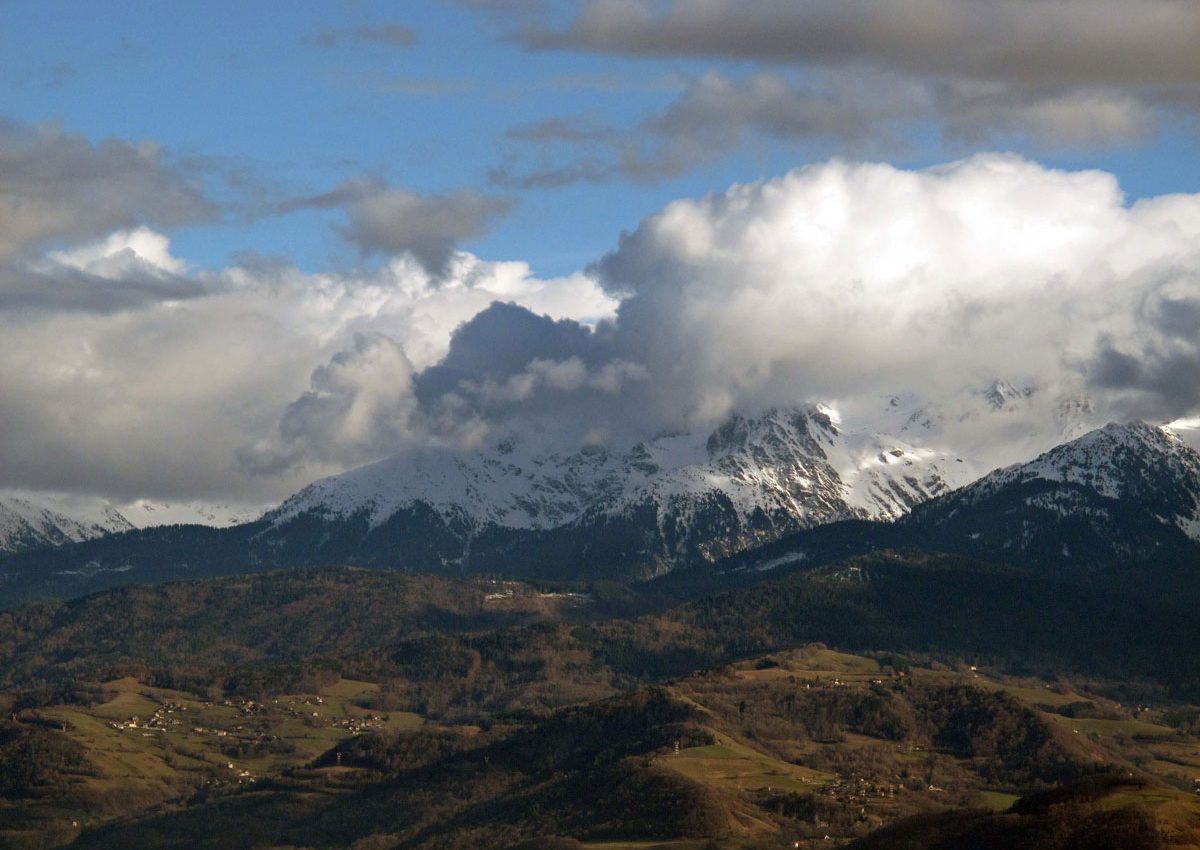 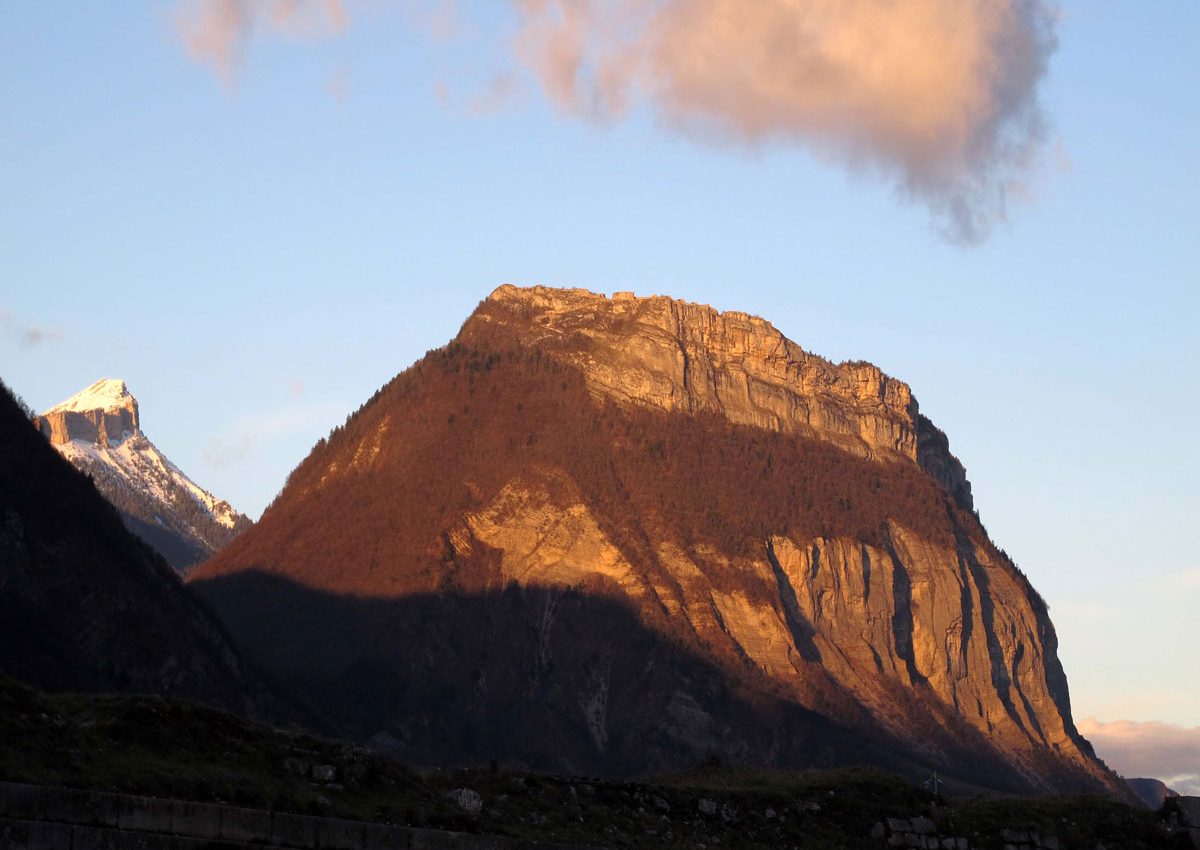 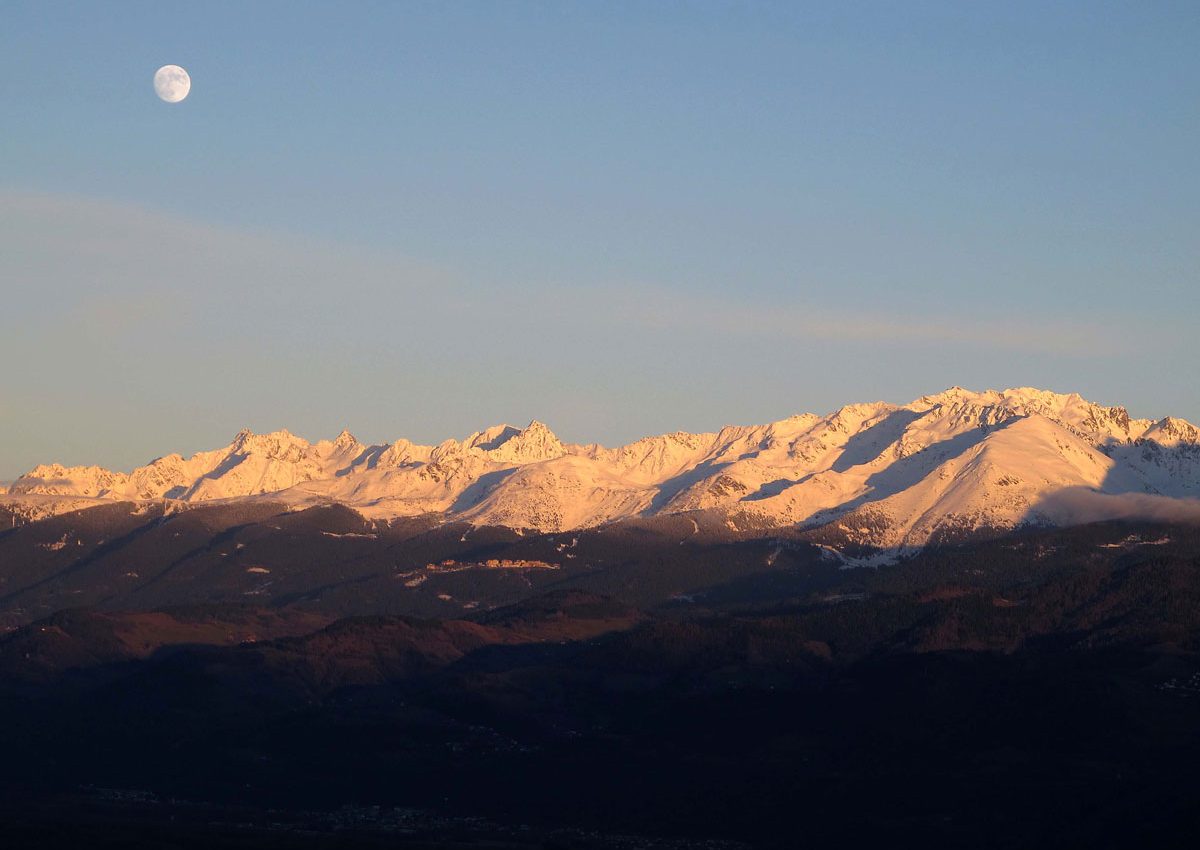 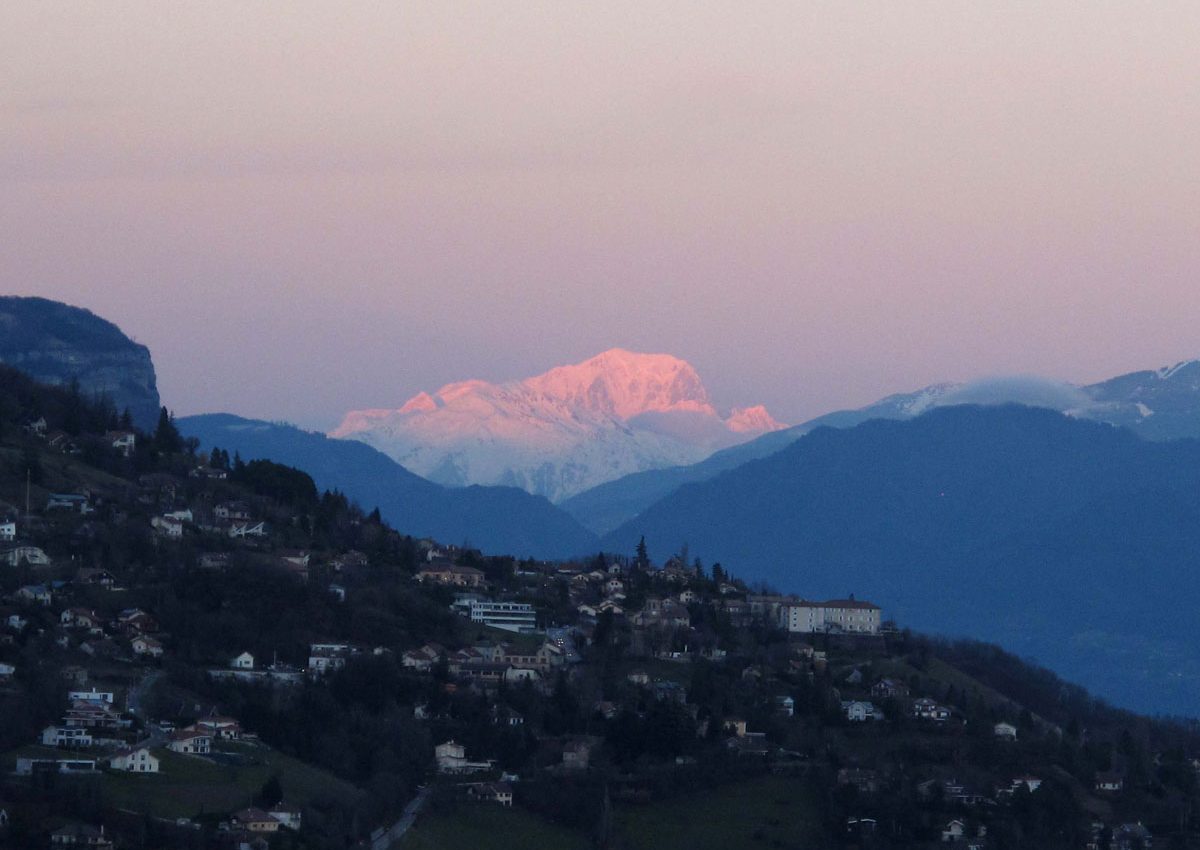 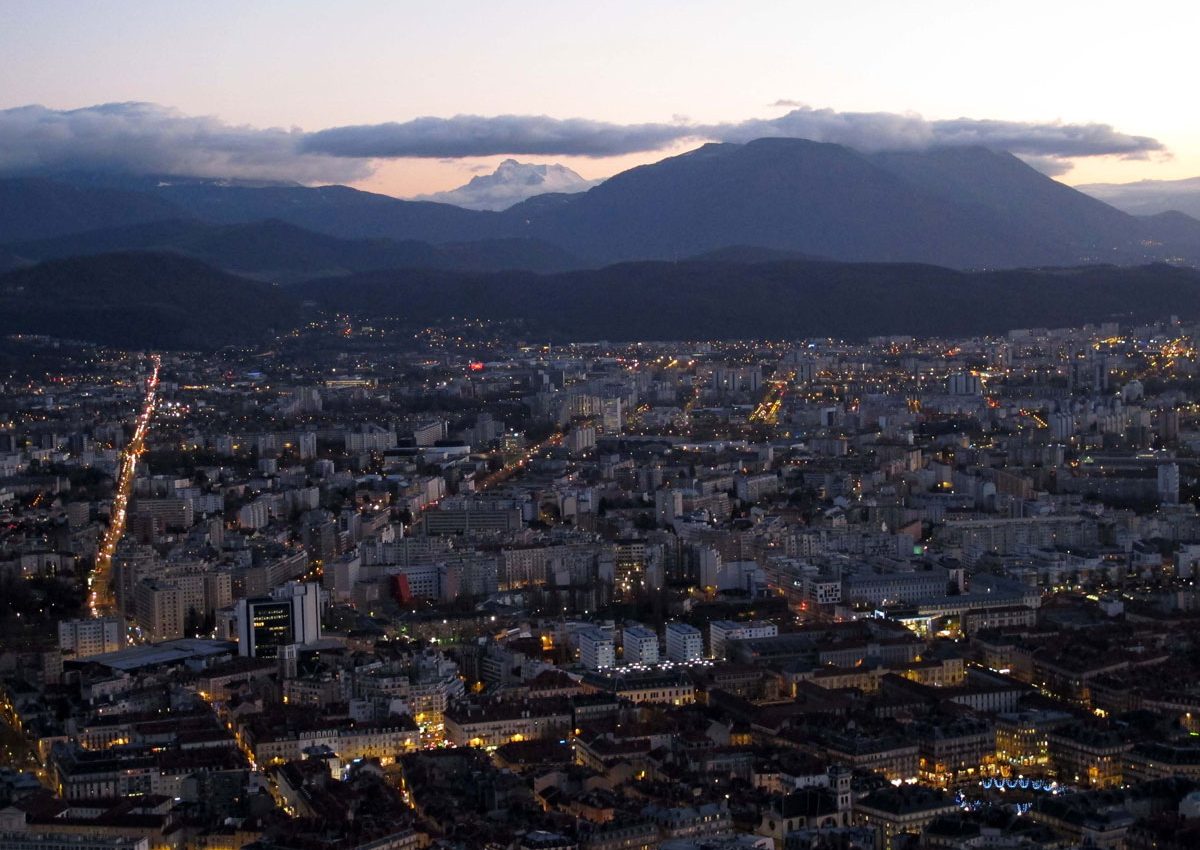 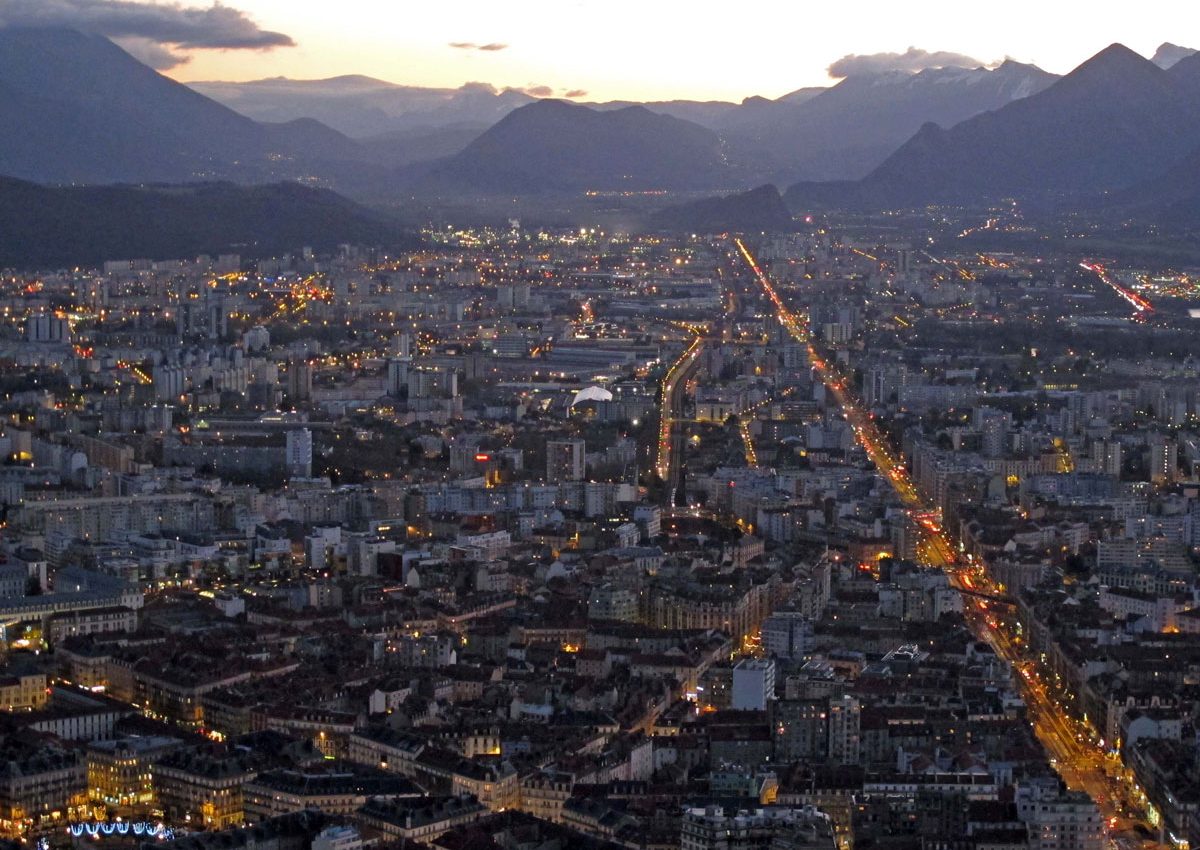 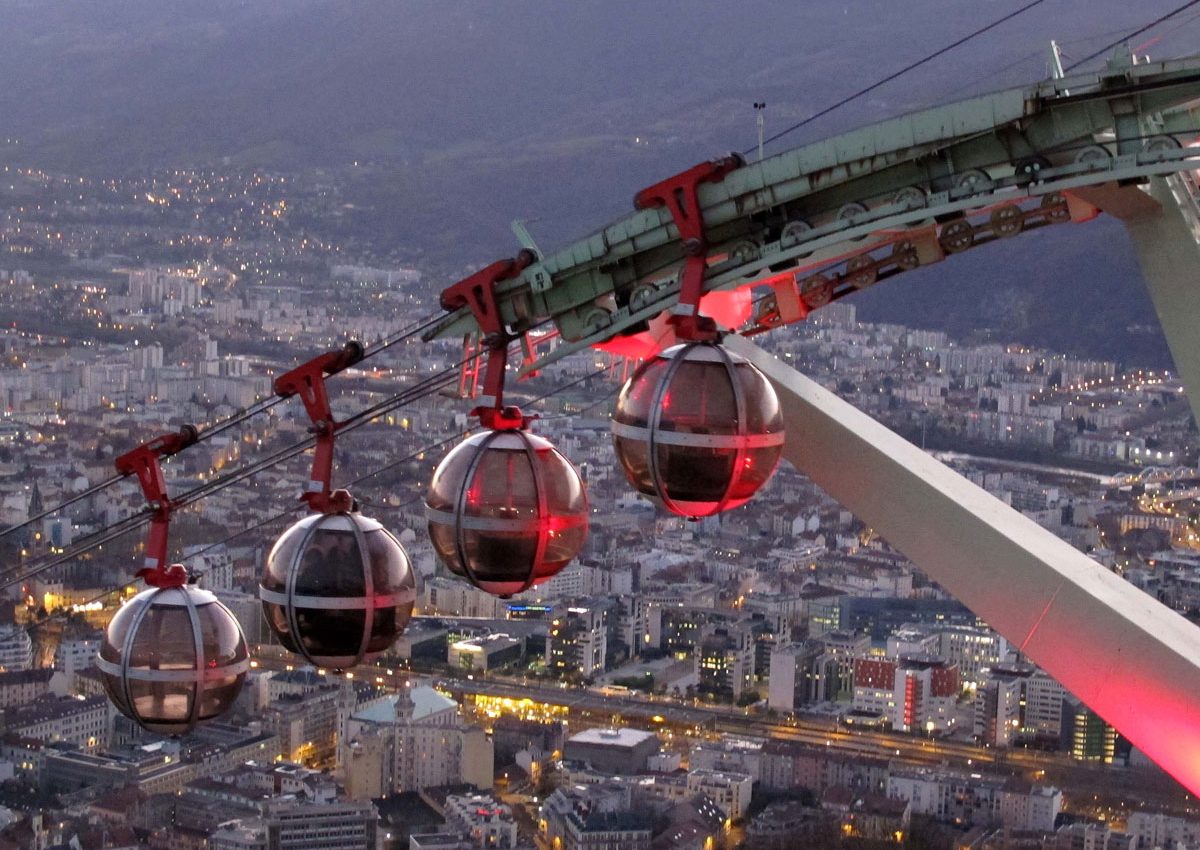 19 thoughts on “Grenoble – Capital of the Alps”