If someone unfamiliar with Cornwall were to ask me to take them to a picturesque Cornish fishing village, I would have to take them to Polperro. It has everything you would expect – from a lovely harbour, narrow streets with quaint cottages, coastal walks and some great pubs to finish off with; what more could you ask for?

The only problem is that I’m not the only one who thinks it has everything, and so if you choose to come at the same time as everyone else then Polperro might not live up to expectations. I know this applies to any popular destination, but if you can come on a pleasant day out of season (preferably with an overnight stop) then you will be rewarded with a much better experience.

You can reach Polperro from Looe by a bus service that suits the company more than it does the passengers (remember everything down here operates on Cornish Mean Time), but if you have your own transport you will have to park at the top of the village near the Crumplehorn Inn where the local highwayman used to masquerade as the car park attendant. These days he’s been replaced by his metal mickey equivalent whose advanced technology doesn’t seem to stretch as far as being able to dish out any change.

It’s a pleasant stroll down to the harbour, but for anyone with mobility problems or just can’t be bothered to walk, there’s a shuttle bus that operates frequently from the car park, but might also be worth considering for anybody who doesn’t want the walk back up to the top at the end of the day.

The road follows the course of the tiny River Pol down through ‘The Coombe’ to the centre of the village and the harbour at Tide’s Reach. This innocuous looking river (it looks more like a stream most of the time) has caused serious flooding to Polperro in the not too distant past – once in 1976 and then again in 1993.

At Tide’s Reach you have a choice of whether to go right or left, but it doesn’t really matter which way you go because the whole village is easily covered in a short space of time, but that doesn’t necessarily translate into wishing that you’d been allowed to buy a short-stay ticket in the car park, because it’s more than possible that you’ll spend an inordinate amount of time just chillin’ out in one way or another.

If you go left and wander along The Warren you’ll come to a place where you can spend some of that time – the Heritage Museum of Smuggling and Fishing.

The village depended on fishing for generations and during the 19th century pilchards were caught in such numbers as to warrant three factories. Womenfolk (and children) were employed to wash, salt, press, and pack the fish into barrels, and one of these factories is now the home of the Heritage Museum.

‘Polperro Gaffers’ were the boats used by the men to catch the fish, and at one time there were about 40 of them working out of the harbour. These days there are around a dozen small boats that still go fishing for a living.

As the name of the museum suggests, smuggling was also a lucrative pastime, much of the contraband coming from Guernsey in the Channel Islands.

During the second half of the 18th century the trade was carried out on a huge scale and organised by Zephaniah Job, otherwise known as the Smuggler’s Banker. He would be in control of the whole affair from start to finish and would include, not only the fishermen, but innkeepers and even the local vicar, the Reverend Sir Harry Trelawney.

You might be tempted, and who could blame you, to continue along The Warren and coast path towards Talland Bay, a cove that has seen more than its fair share of smuggling. In the 18th century kegs of brandy, rum and gin were routinely brought ashore, but nowadays illegal drugs seem to be the preferred form of contraband. In 1979 Talland Bay café was used by a gang that smuggled drugs into the country that had a street value of £30m (£100m in today’s money). Twelve men were arrested and jailed for a total of 55 years.

If you’re looking for a café that doesn’t stash drugs away, Polperro has any number to choose from, and wandering around the back streets and harbourside will provide plenty of options for eating and drinking, and there’s one place in particular that I have a fondness for – the Blue Peter. This pub, for me, has everything. It’s full of both character and characters, and locals and visitors alike love it in here. It’s friendly, sells good beer and food, and has a special atmosphere when the regular live music sessions are in full swing.

If you’re like me and enjoy traditional pubs with a warm and friendly atmosphere in a fantastic location then you’ll also love the Blue Peter – and do you know the thing I like about it the most? It’s never changed.

Over the years I’ve been coming to Polperro the village has hardly changed either. I’ve spent many a happy hour wandering around the harbour, sometimes chatting to the fishermen or eating fish & chips on the harbour wall. It doesn’t matter whether I’ve explored the caves, Peak Rock, or just taken a boat trip along the coast, I always seem to end up in the Blue Peter. I’ve never grown tired of Polperro. How could I? How could anyone?

They say that a picture paints a thousand words, so the carousel below shows Polperro in 6,000 words. 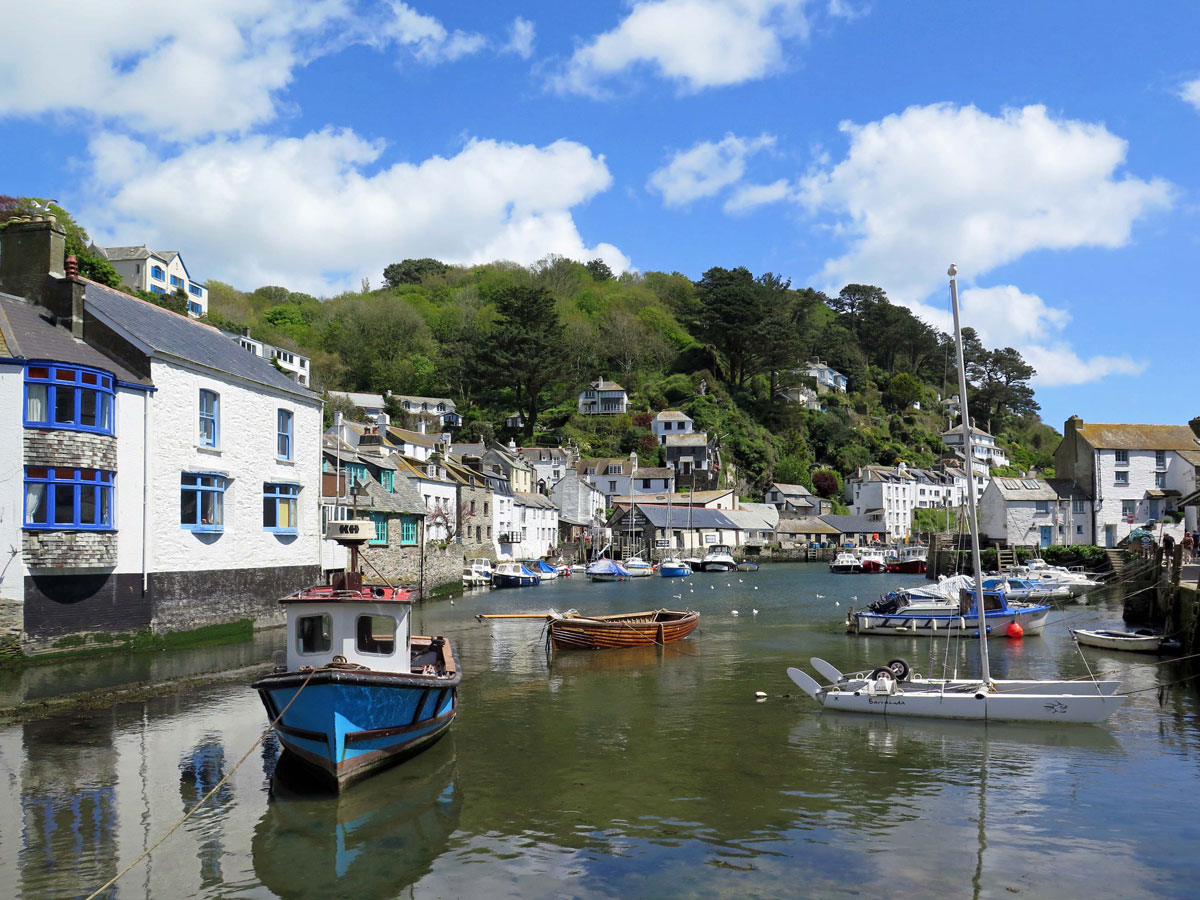 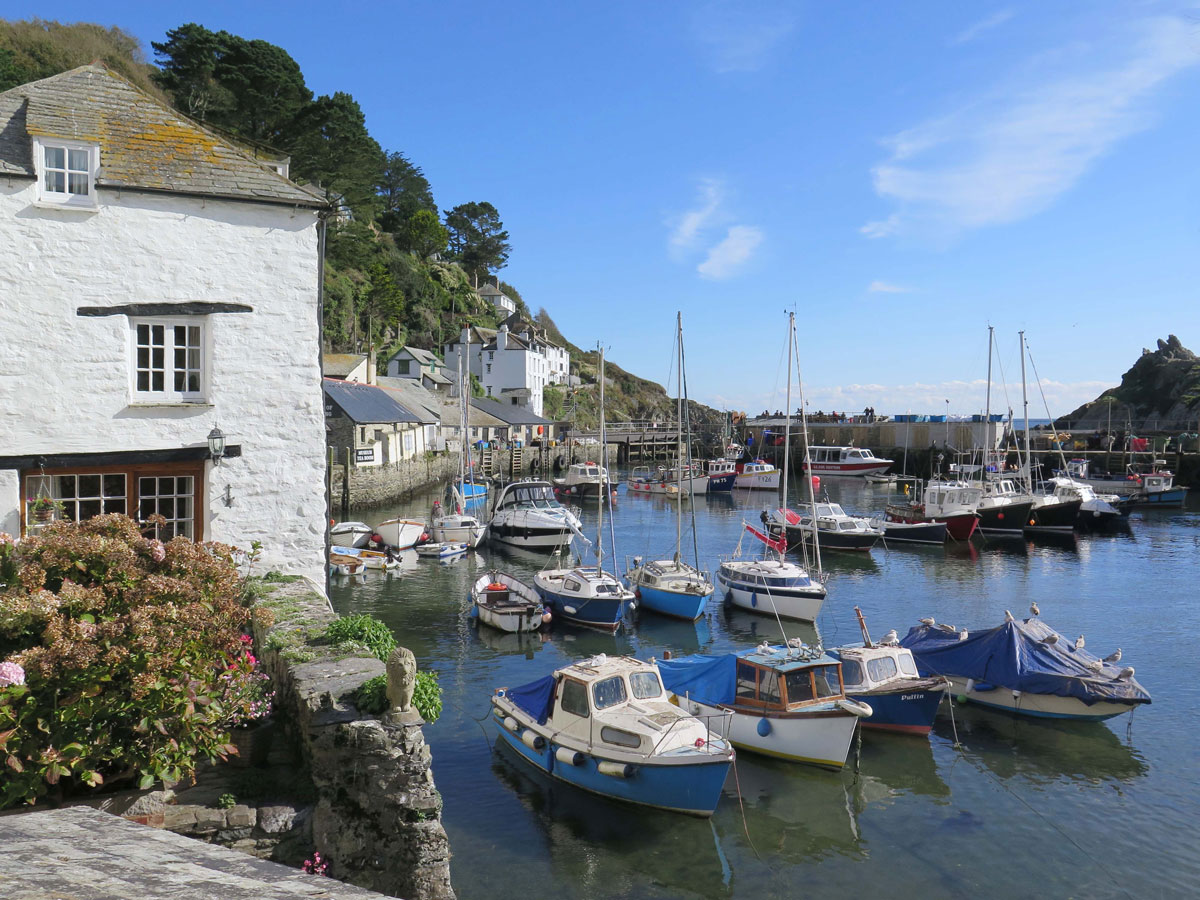 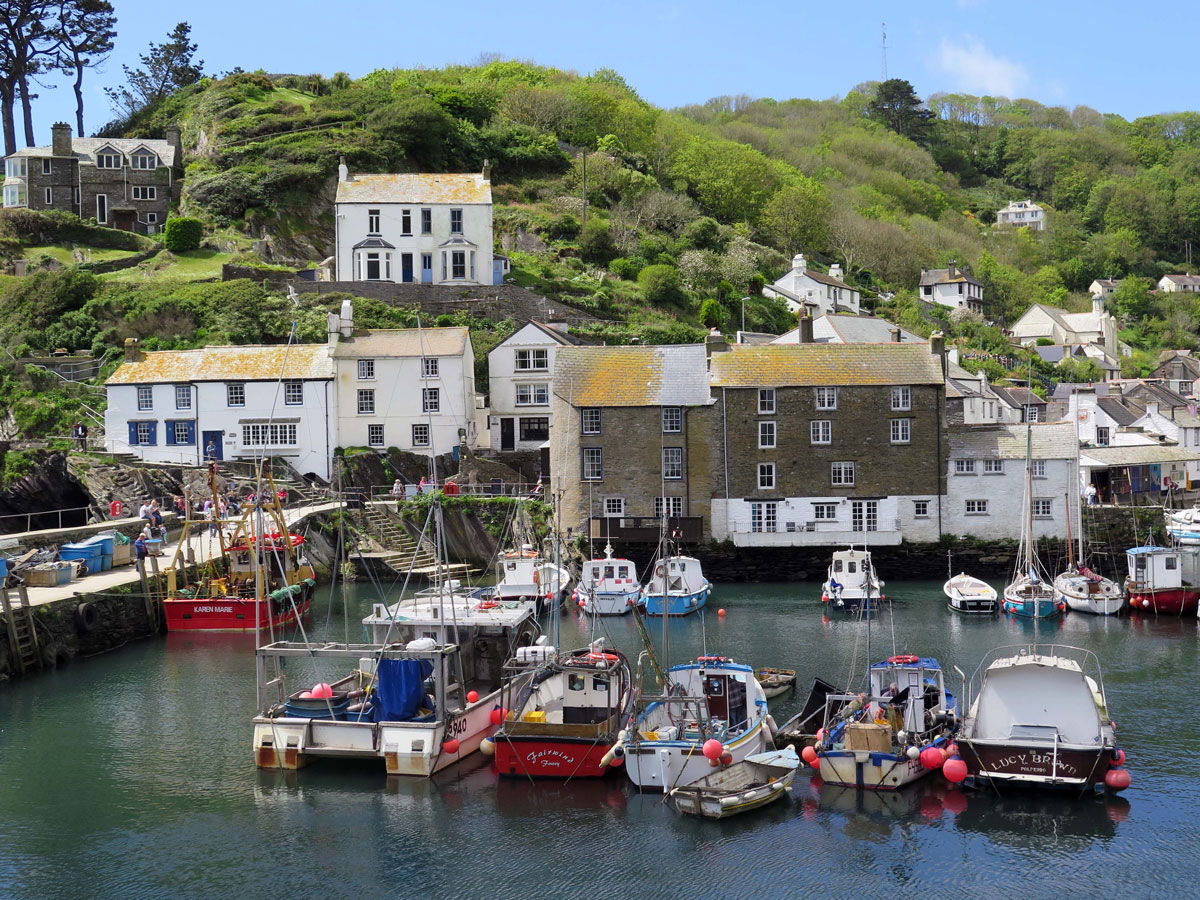 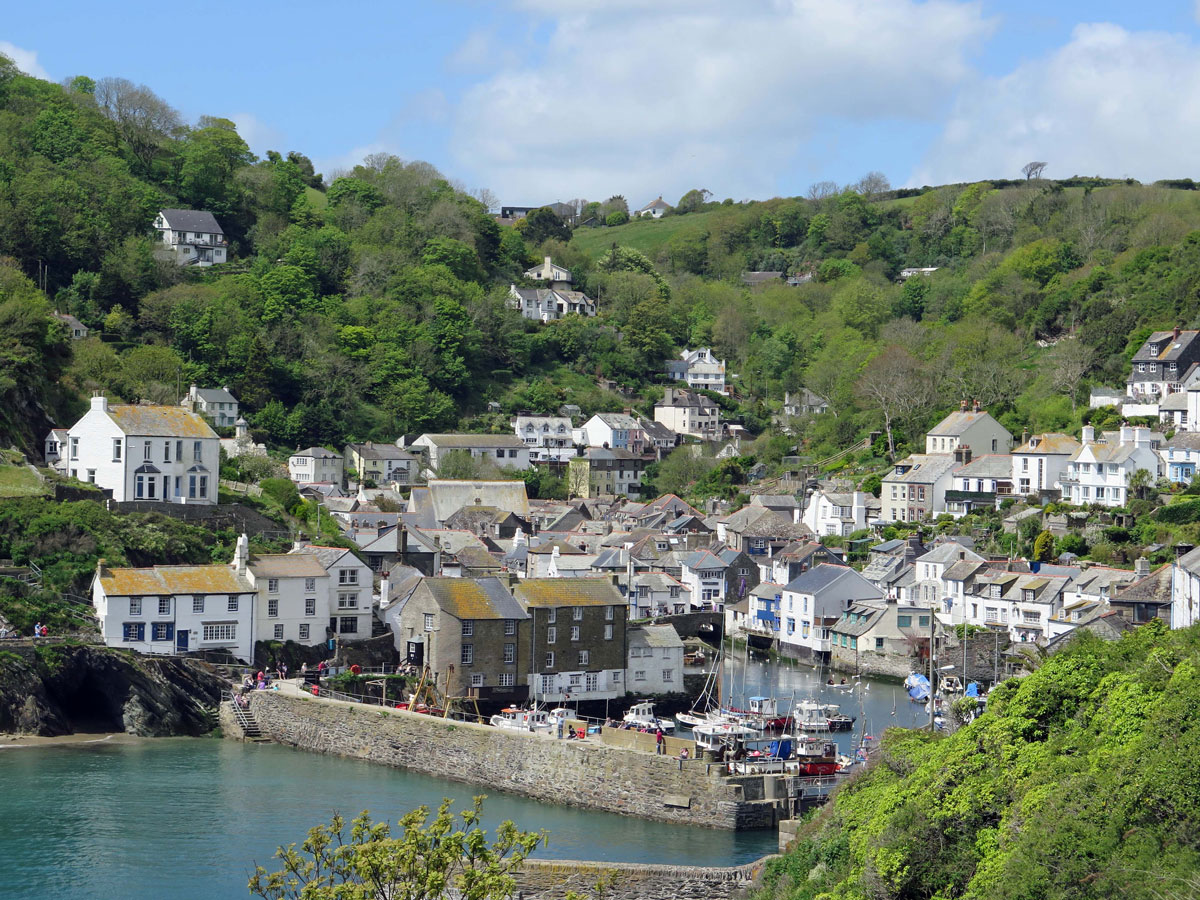 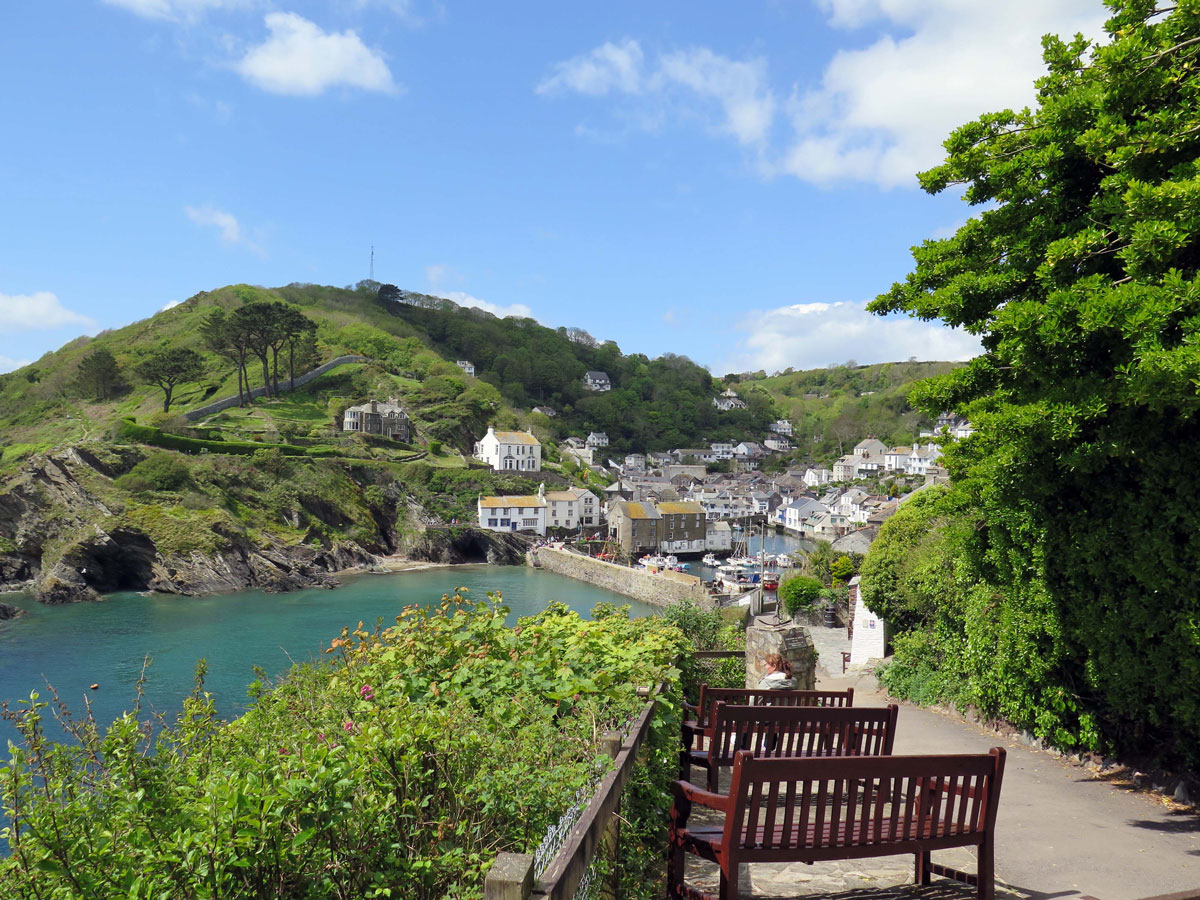 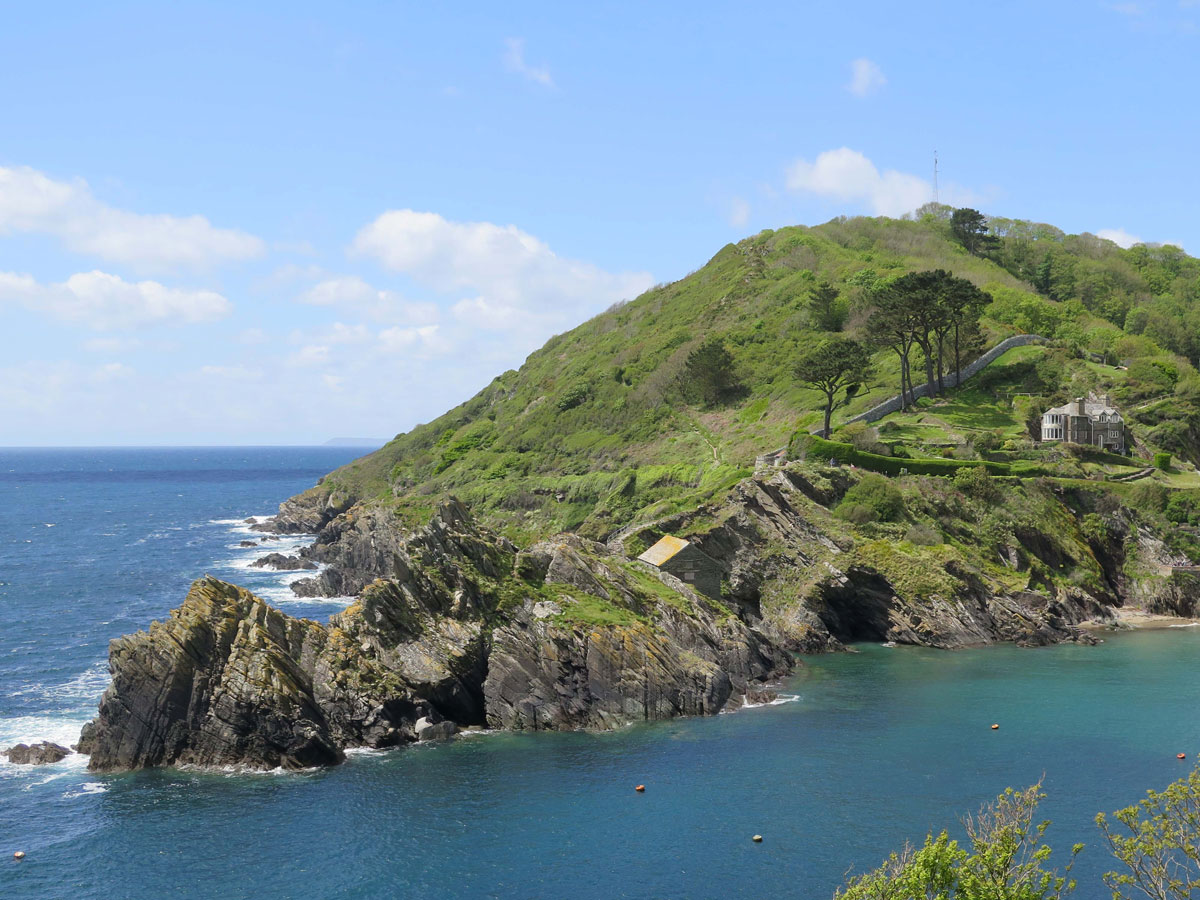