On 12th May 1999, after a wait of 292 years, Scotland once again had its own Parliament, but it took another 5 years for the brand spanking new Parliament Building to be officially opened.

From start to finish the building was controversial and its location and design were immediately criticised. It was due to be completed in 2001 at a cost of between £10m-£40m but overshot both by a considerable margin and was eventually opened in 2004 at a cost of around £414m.

The designer, Enric Miralles, died in 2000 at the age of 45 and never got to see the finished article, which was a shame because he put a lot of thought into the design. His concept was a brave one. His plan was to incorporate a group of modern buildings in a traditional setting in a way that only an artist’s mind can work out. The problem is of course, that not everyone can see what he was trying to achieve.

From a personal point of view, even though I don’t fully understand what was going on in his head, I do actually like the building. There are some aspects of it that I don’t like but overall, I think he made a pretty good fist of it. Whether it stands the test of time is a problem that most modern structures face, and obviously only time will tell.

The pictures in the carousel below show the Main Hall, a Saltire Cross on the ceiling of the Main Hall and the small museum 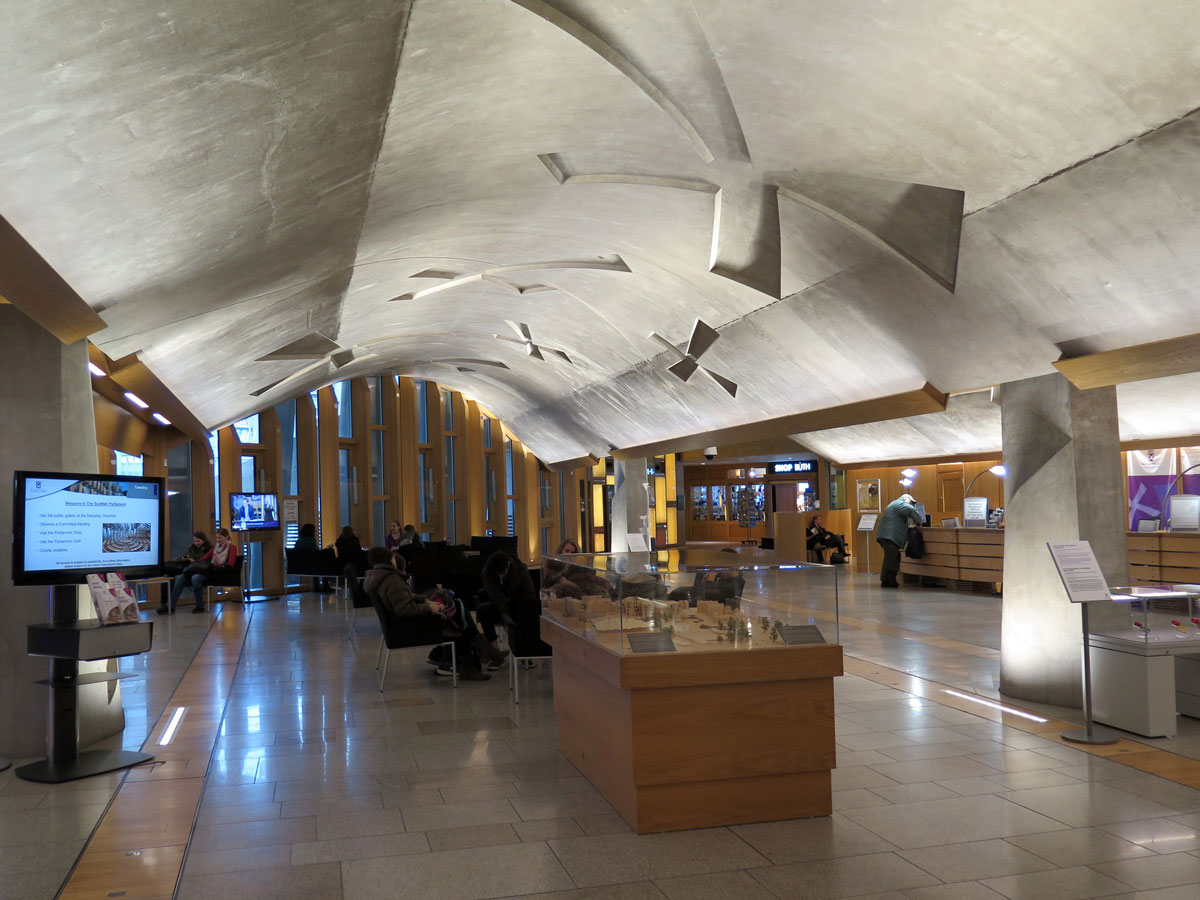 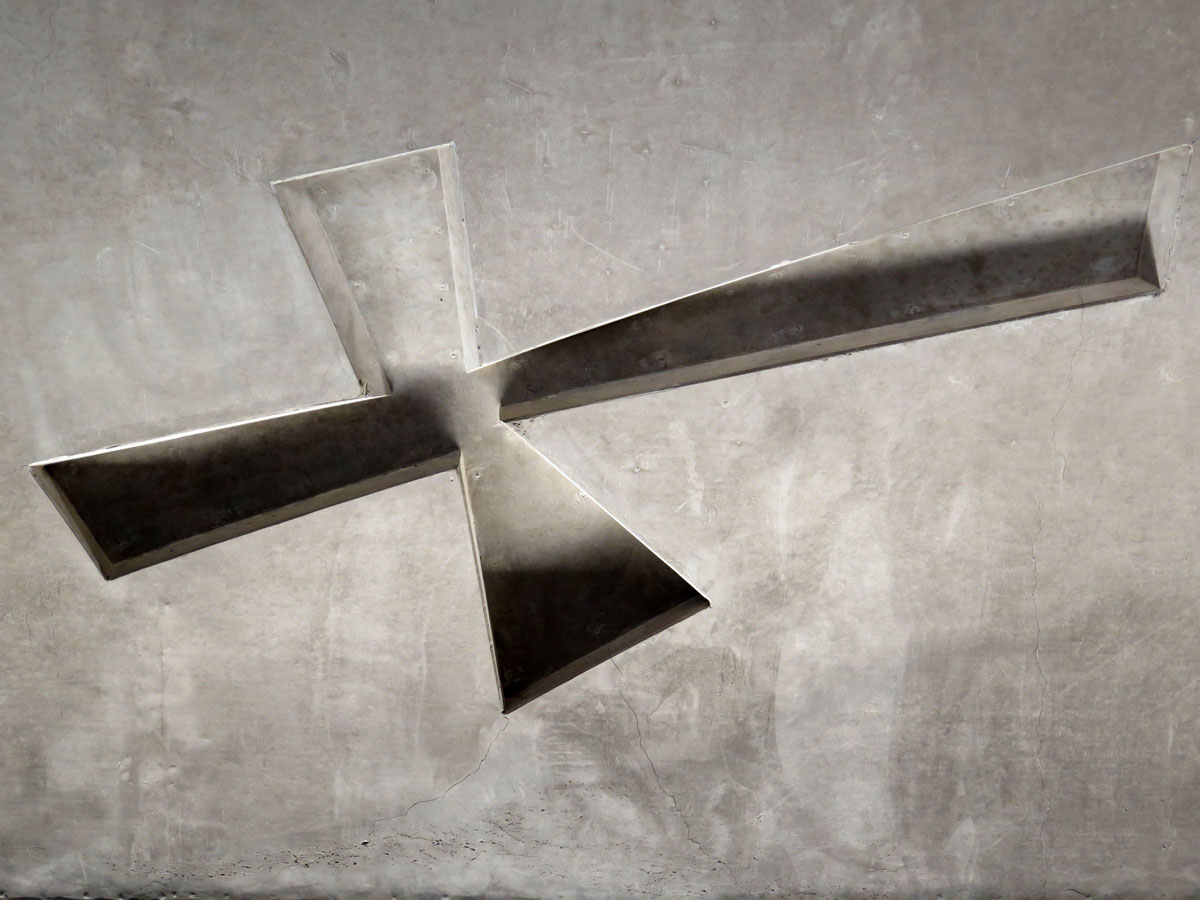 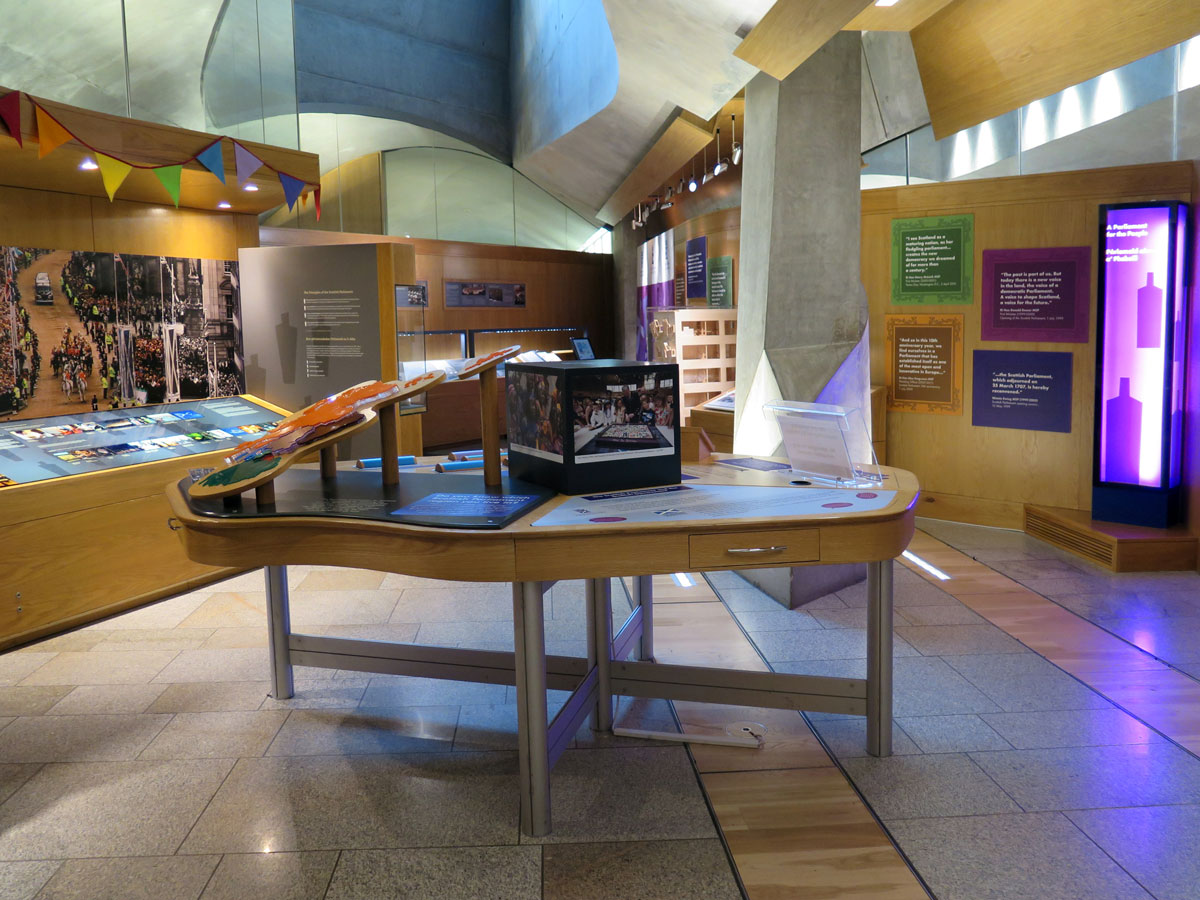 One thing about this modern approach is that it’s not an intimidating place to walk into and the Main Hall has a welcoming feel to it. It’s free to go in and if you want to go and sit in on a committee meeting, you’ll be given a ticket that will get you past security.

These meetings may not be something that would be on the top of your list of things to do, but it’s still interesting to see democracy in action.

The thing most people probably want to see is the Debating Chamber which is all pretty high tech and quite a breath of fresh air. In fact, the more I wandered around the building, the more I got to like it.

The pictures below were taken in the Debating Chamber 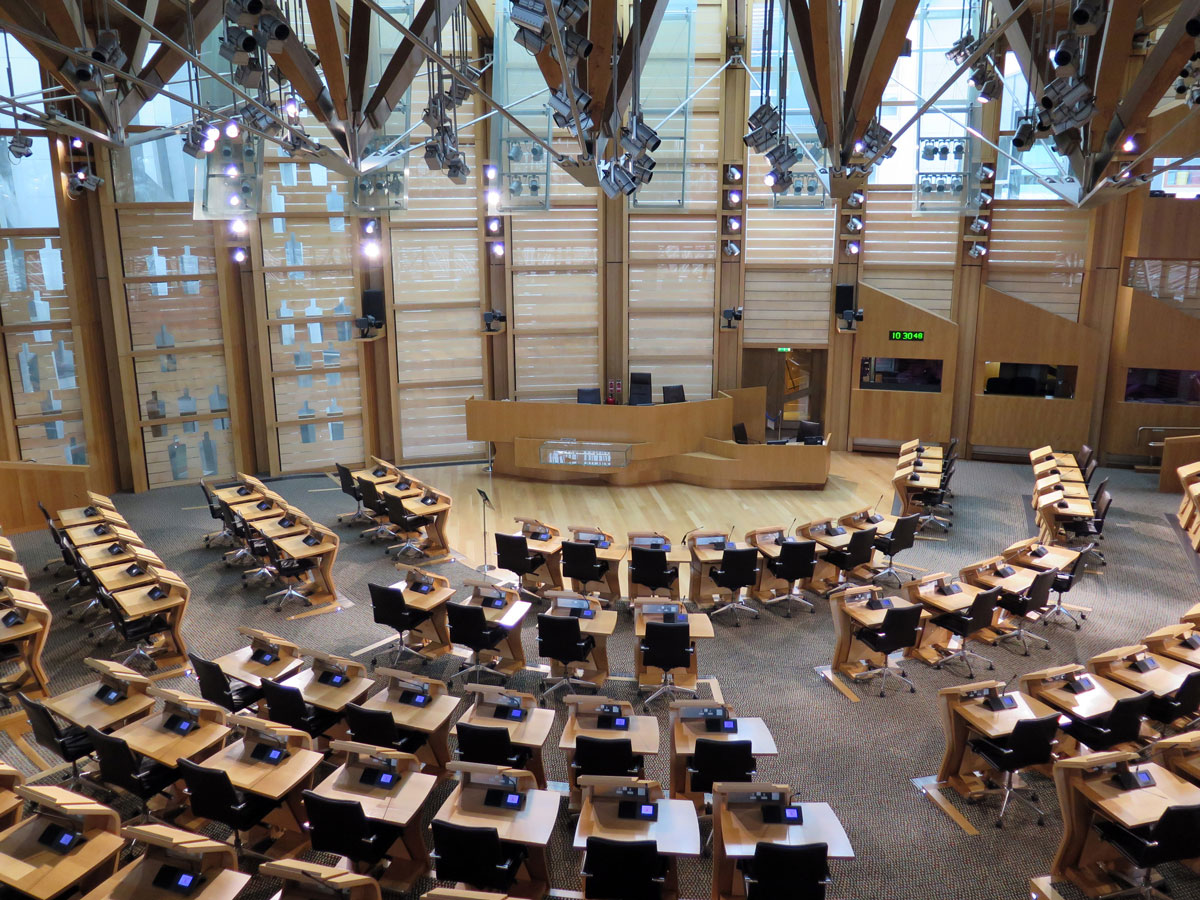 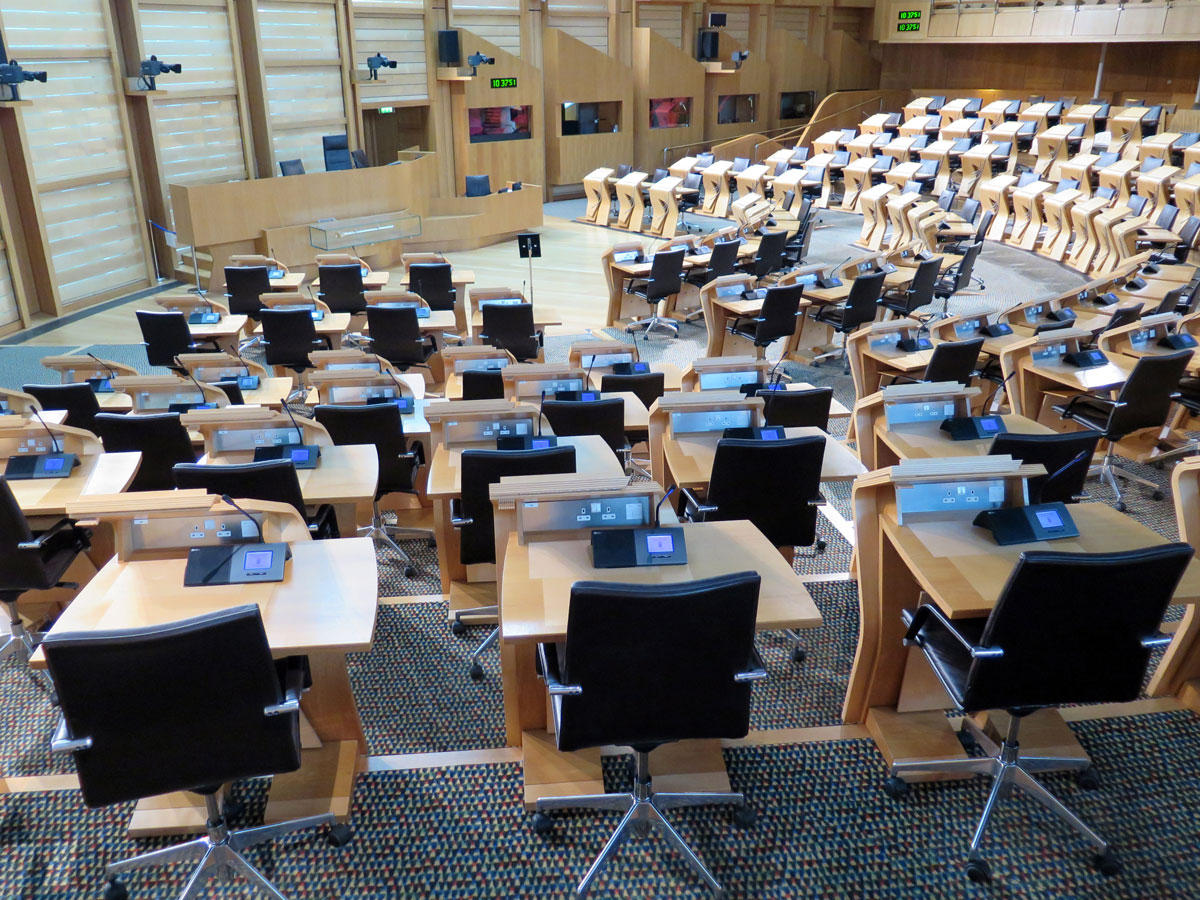 Even though the building came in in for a lot of early criticism, I’ve a feeling that as time passes by it may just find a heart in the Scottish people. Let’s hope so. They waited long enough for it.

4 thoughts on “The Scottish Parliament Building”