Underneath the arches of the railway viaducts and in the shadow of Southwark Cathedral is Borough Market, one of London’s best loved food markets.

It’s both a wholesale and retail market and has in recent times become synonymous with speciality foods, both from the UK and continental Europe.

Southwark was the first of London’s 32 Boroughs, and in the early days was just known as The Borough, so it’s not difficult to see how the Borough Market got its name.

Apparently, there’s been a market at the southern end of London Bridge in various forms since 1014, which meant that there didn’t need to be any arm-twisting to celebrate its 1000th birthday in 2014. How the powers that be would have known it started up in 1014 precisely I’m not quite sure, but I’ll take their word for it.

It’s not difficult to see why a market was set up here in the first place though because it would have been an ideal location to sell goods to travellers making their way in and out of London over the bridge to and from the south.

The 16th and 17th centuries saw Southwark develop into the Soho of its time and a magnet for those seeking entertainment from across the river. By now, the borough had become part of London itself and the authorities found it necessary to implement some sort of order into the chaos that had ensued.

For the market that meant better standards and new laws being introduced: The market’s website tells us that stalls had to be set up in a certain order – ‘next to the river were the fish sellers, followed by butchers, oatmeal makers, fruiterers, herb sellers, local bakers and finally poulterers’. Butchers seemed to be the biggest headache with their live animals having a mind of their own and running amok everywhere.

It appears that all these new regulations didn’t quite have the long-term desired effect because as London got bigger and Southwark became busier, the City of London demanded that the market be removed to stop the chaos affecting access to London Bridge and their commercial interests across the river in The City.

Obviously, the money men had their way and the market was closed down. All was not lost though, because the locals and traders got enough money of their own up together to buy some nearby land where they could start up again away from the bridge. Authorisation was granted and on 25th March 1756 a market on the present site was opened.

During the 19th century, South London started to grow, and with the arrival of the railway the market became an important outlet for the wholesale fruit and veg trade. The market expanded and so did the railway: Viaducts were built right through it, and to be honest I’m not sure that I would have wanted to buy my fruit and veg off of a stall that was being choked with smoke, but then again there was smoke everywhere in those days; I don’t suppose London earned the nickname of the Big Smoke for nothing.

If you visit Borough Market today you might think it’s a busy place to come, but it’s nothing compared to the first half of the 20th century. By the mid-1930s hundreds of porters were employed to keep the stalls ticking over, not just through the day, but all through the night as well.

Covent Garden was also another major market supplying fruit and veg to greengrocers, but in the 1970s a new market was built at Vauxhall and the old Covent Garden ceased trading as a traditional market. You would think perhaps that Borough Market would have benefitted from the demise of Covent Garden, but that wasn’t the case, because apart from the fact that the new premises at Nine Elms now became the main hub, there was also the relentless expansion of supermarkets into traditional grocer and greengrocer territory.

Places like Covent Garden and Borough Market were forced to adapt to new ideas in order to survive; Covent Garden has found a new lease of life as a tourist attraction in its own right with street entertainment as an added inducement, but Borough Market has managed to turn things around by introducing artisan food, continental delicacies and ethnic street food onto the scene.

One of the first businesses to open up new premises here was Neal’s Yard Dairy, which as the name suggests, started out at Neal’s Yard in Covent Garden; interestingly enough just a few yards away, is the original Floral Hall portico from Covent Garden which was dismantled and relocated here in 2004.

The market today is a thriving part of the London food scene, but apart from the food, visitors come here to soak up the atmosphere and character as much as anything else. It’s still a place to come for a real taste of London, if you’ll pardon the pun.

The main entrance is in Stony Street, and although you may end up a few pounds lighter in your pocket and a few pounds heavier around the waist, a trip to the market underneath the arches should be on every visitor’s list of things to do in London. 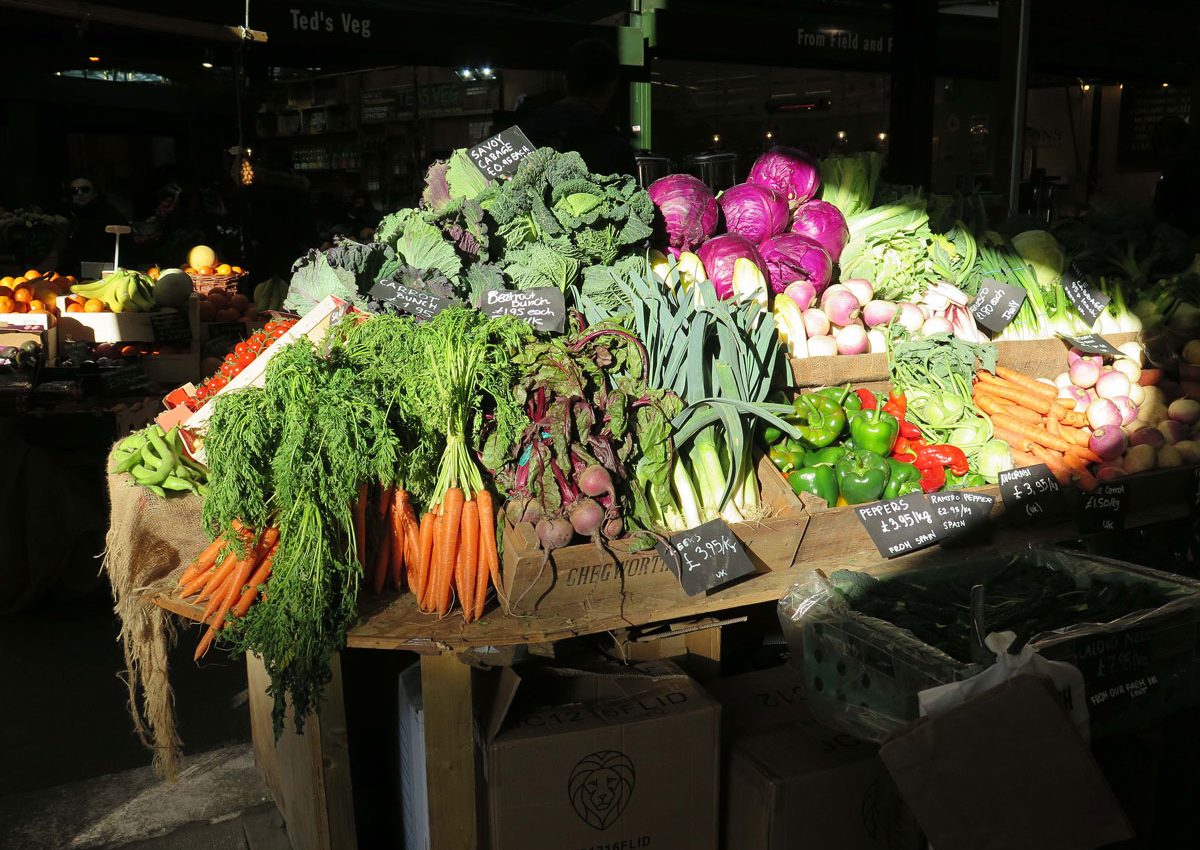 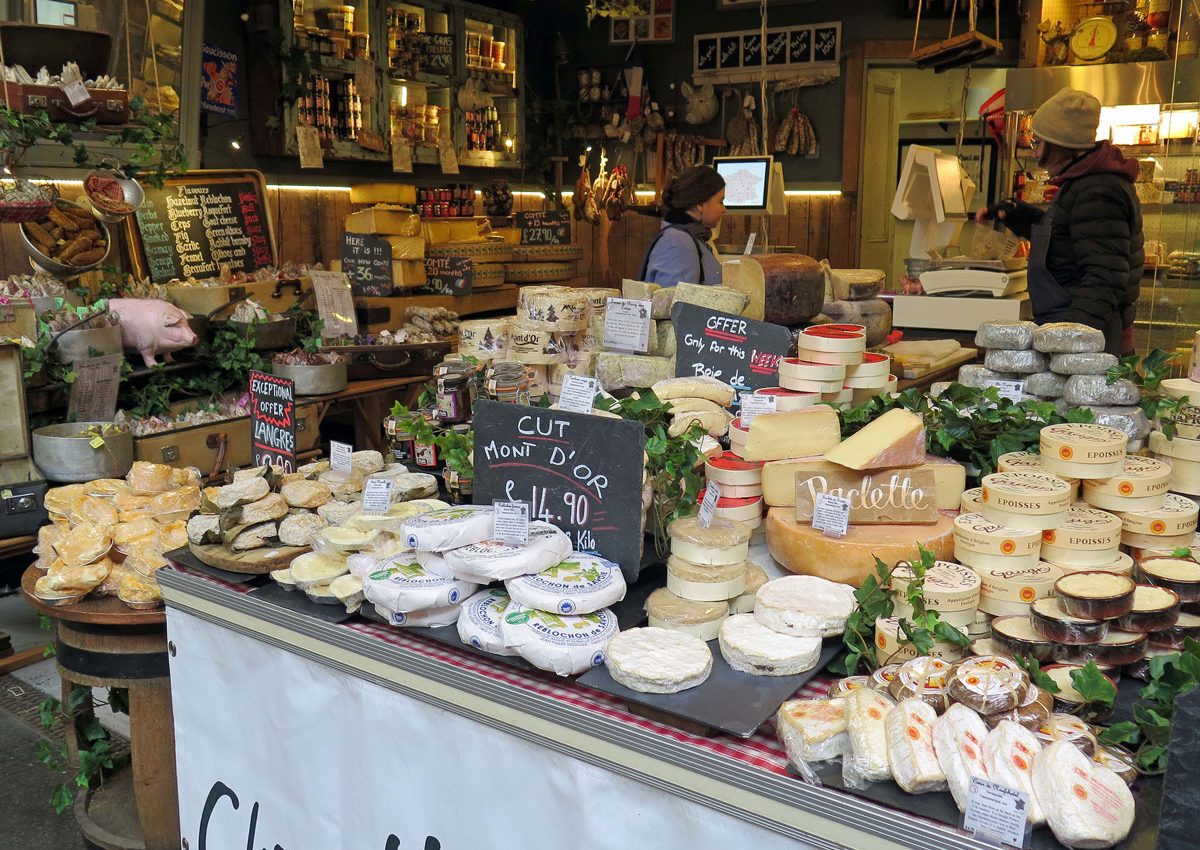 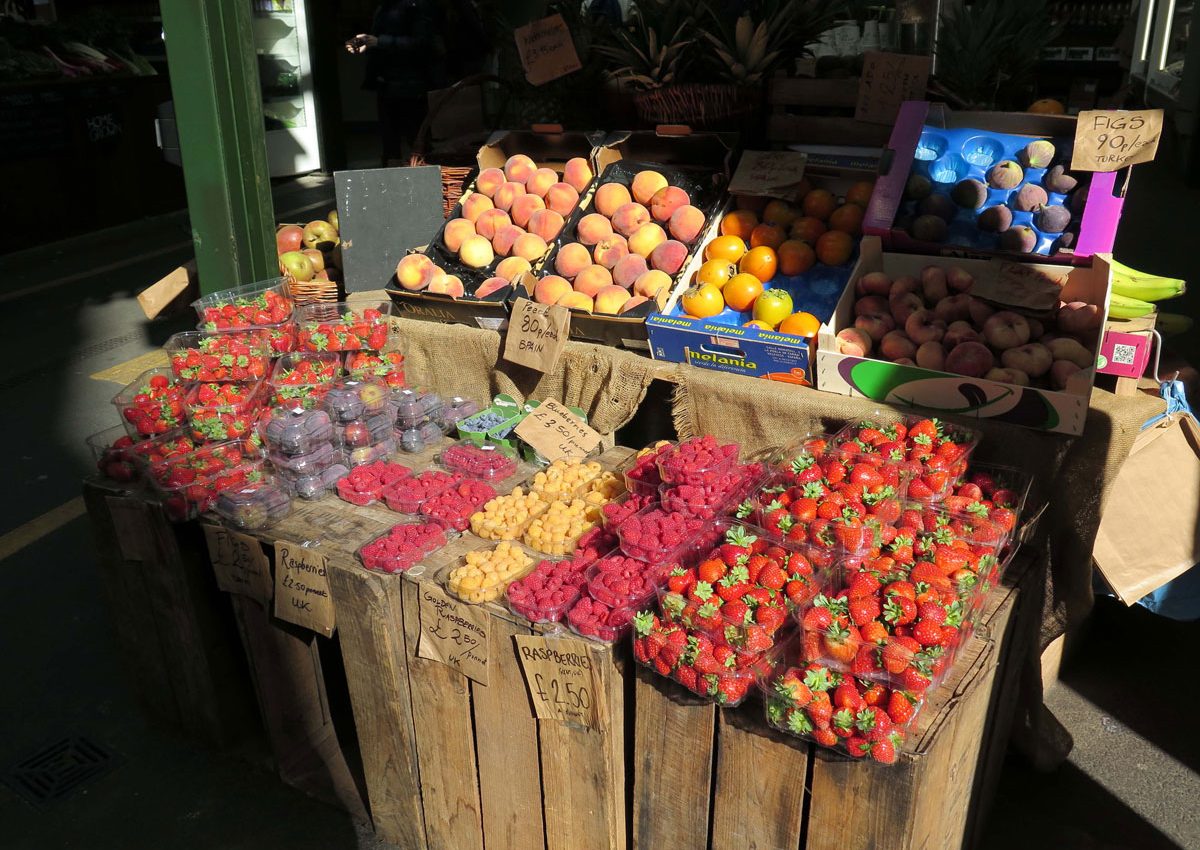 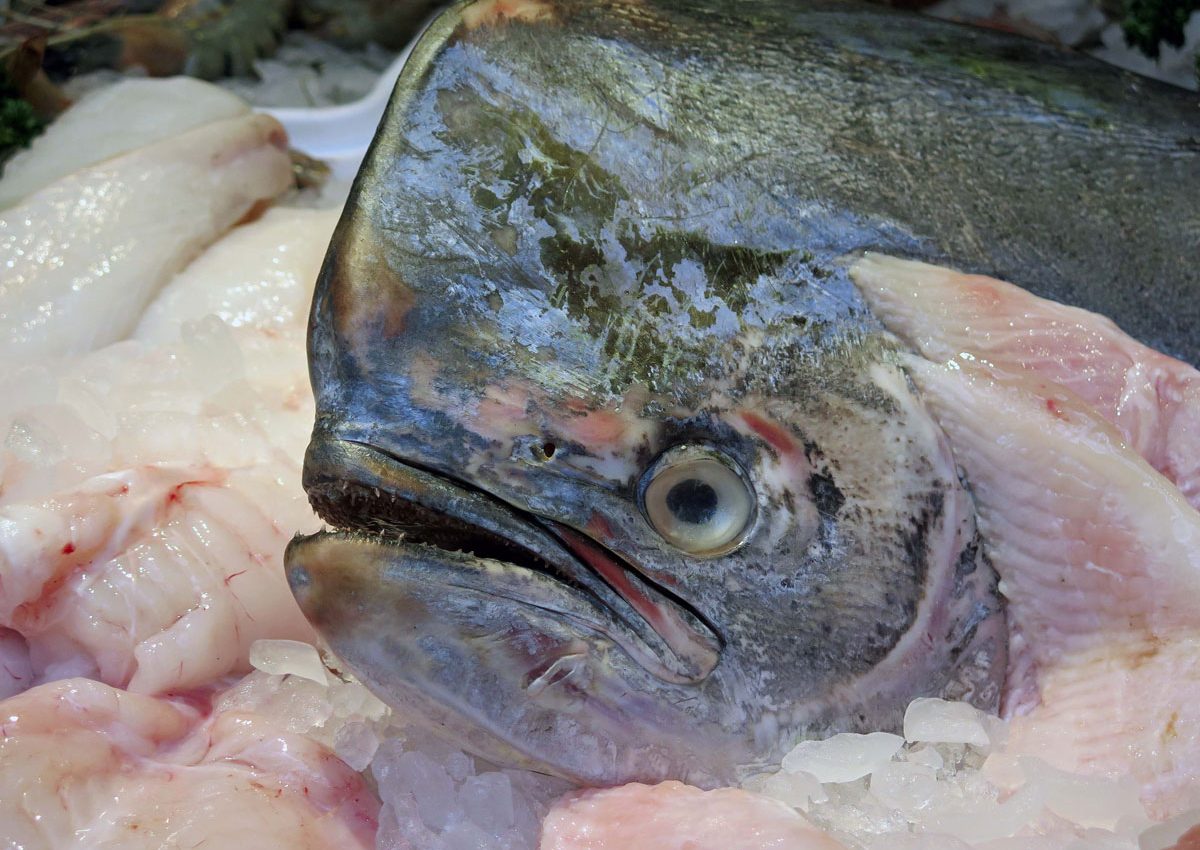 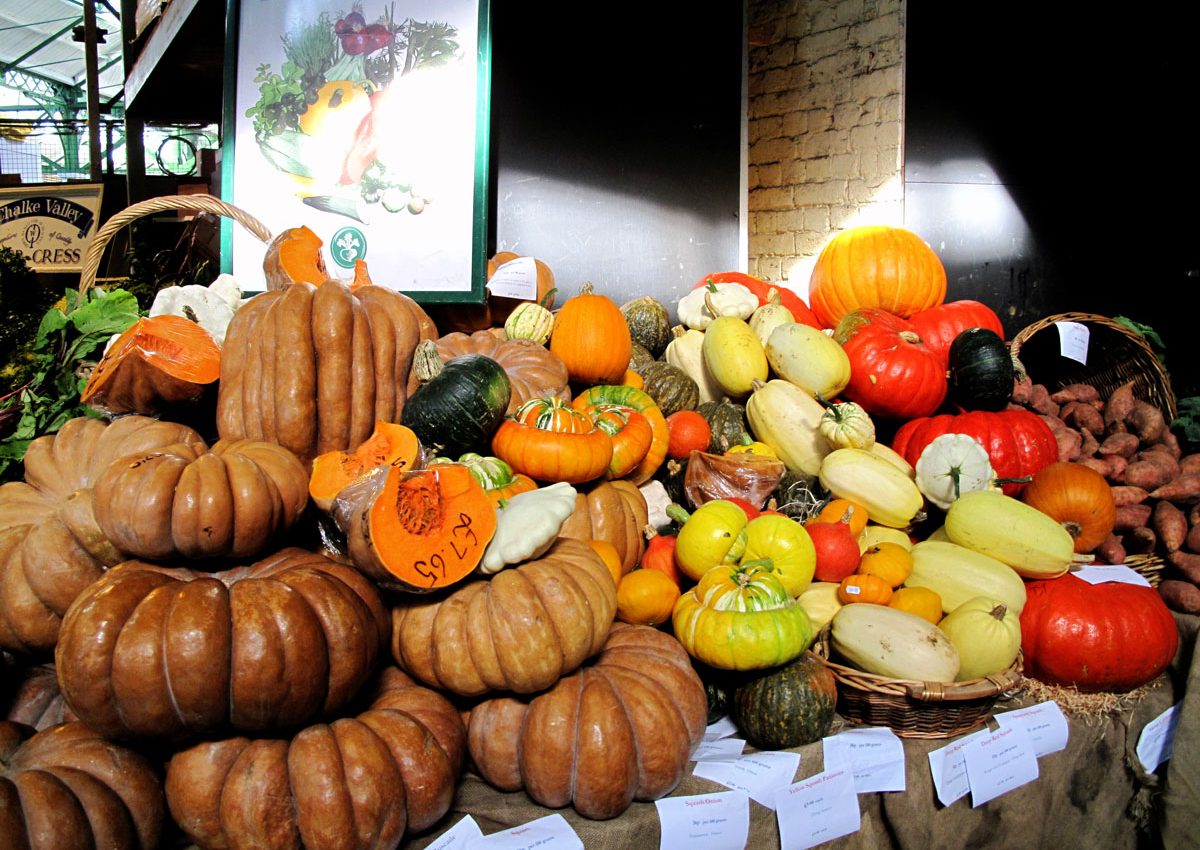 23 thoughts on “Underneath the Arches”