The largest of the three Baltic States, Lithuania has a 163-mile-long coastline which ends at Latvia in the north and the Russian enclave of Kaliningrad in the south.

Inland, the landscape has numerous rivers and lakes which were formed by glaciers during the last ice age, and the country’s highest point is Aukstojas Hill at just 967ft (294m).

Not only does it cover a larger area than Latvia and Estonia, Lithuania also has the largest number of people, with an estimated population in 2019 of almost 2.8m – with over half a million of those living in the capital, Vilnius. Over 77% of Lithuanians are catholic.

The country’s evolvement has not always been an easy one. From a mainly pagan culture it became one of the largest states in Europe during the Middle Ages, stretching from the Baltic to the Black Sea.

In 1569 it formed a union with Poland creating the Polish Lithuanian Commonwealth which lasted until the 18th century. The Partitions of Poland by Austria, Prussia and Russia ended the existence of both countries, with the largest part of Lithuanian territory falling under the control of the Russian Empire.

The First World War saw Lithuania fall into German hands, but the country was determined to regain independence, which they did in 1918. Formally proclaimed on 16th February of that year, the date is remembered annually as Independence Day.

During the Second World War, Lithuania, like the other Balkan States, became a pawn between the Soviet Union and Nazi Germany.

The Molotov-Ribbentrop Pact was a non-aggression agreement between the two countries which ultimately led to Lithuania being forcibly incorporated into the Soviet Union in 1940, but the German invasion of Russia the following year saw the Nazis become the new occupiers.

Having had their independence taken away and subjected to Soviet conditions, Lithuanians, at first, welcomed their new masters – but the enthusiasm wasn’t to last.

The country had a large Jewish population which the Nazis dealt with in the most inhumane and horrendous way.

Even that wasn’t the end of it. Later in the war, the Soviets recaptured the Baltic States and didn’t waste any time in imposing their new harsh rules.

The end of the Second World War saw an agreement between the allies that basically left Lithuania, Latvia and Estonia under Soviet control.

The Cold War that followed eventually led to the collapse of the Soviet Union, and in 1990 Lithuania became the first of the Baltic States to regain independence.

Without Russian or German domination to contend with, it didn’t take Lithuania much persuasion to become a member of both the European Union and Nato. 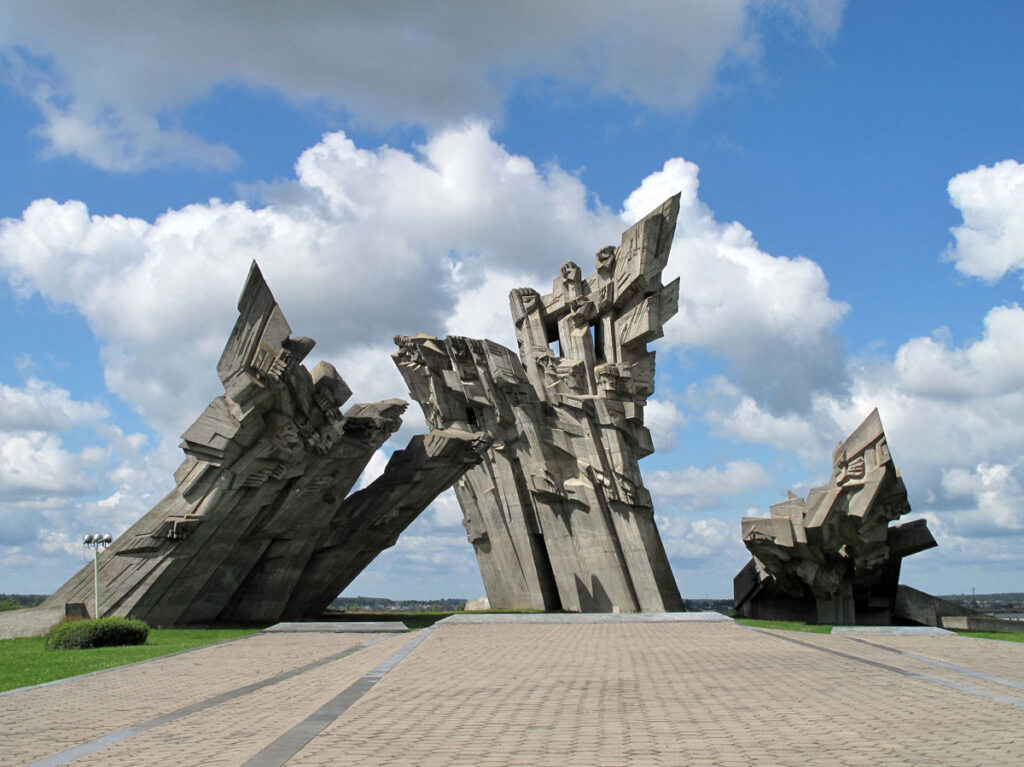 Today was my last day in Lithuania, and thanks to a late flight home I was able to fulfil one last wish before leaving. The Ninth Fort might not be on everyone’s list of places to see, but one of my passions, if that’s the right word, is to try and understand what caused the […] 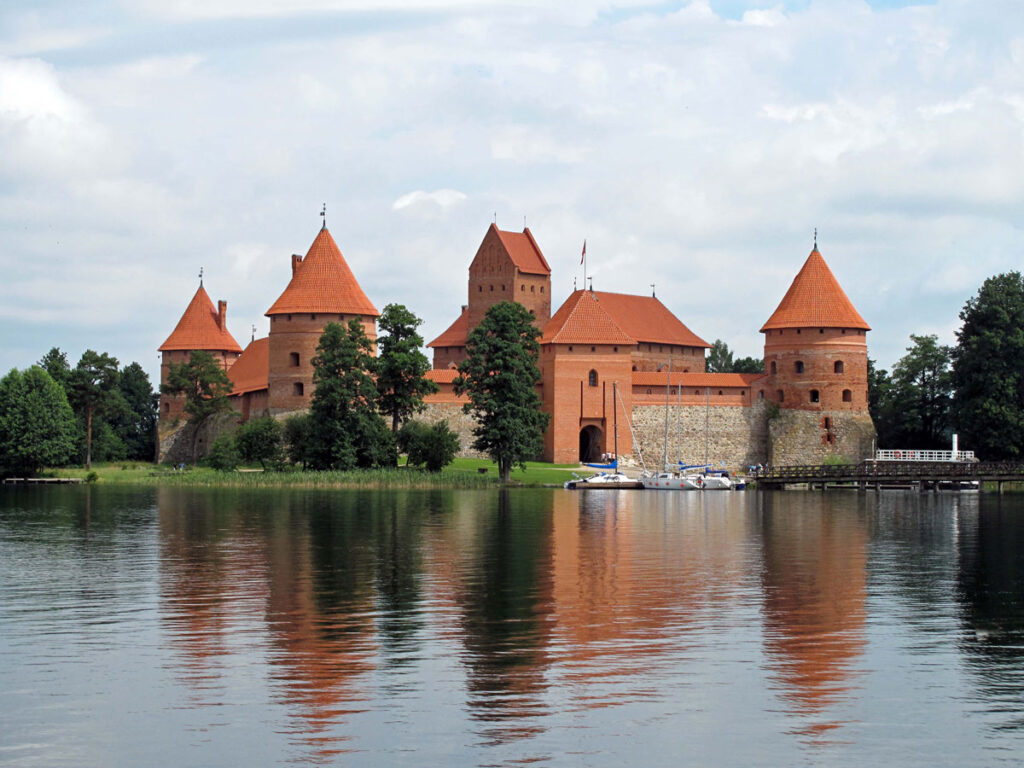 Today was going to be my third and final full day in Lithuania, and it looked as though the good weather was going to desert me. I had it in mind to go to Trakai, which is without doubt, one of Lithuania’s most popular tourist destinations, but I had my doubts as to how successful […] 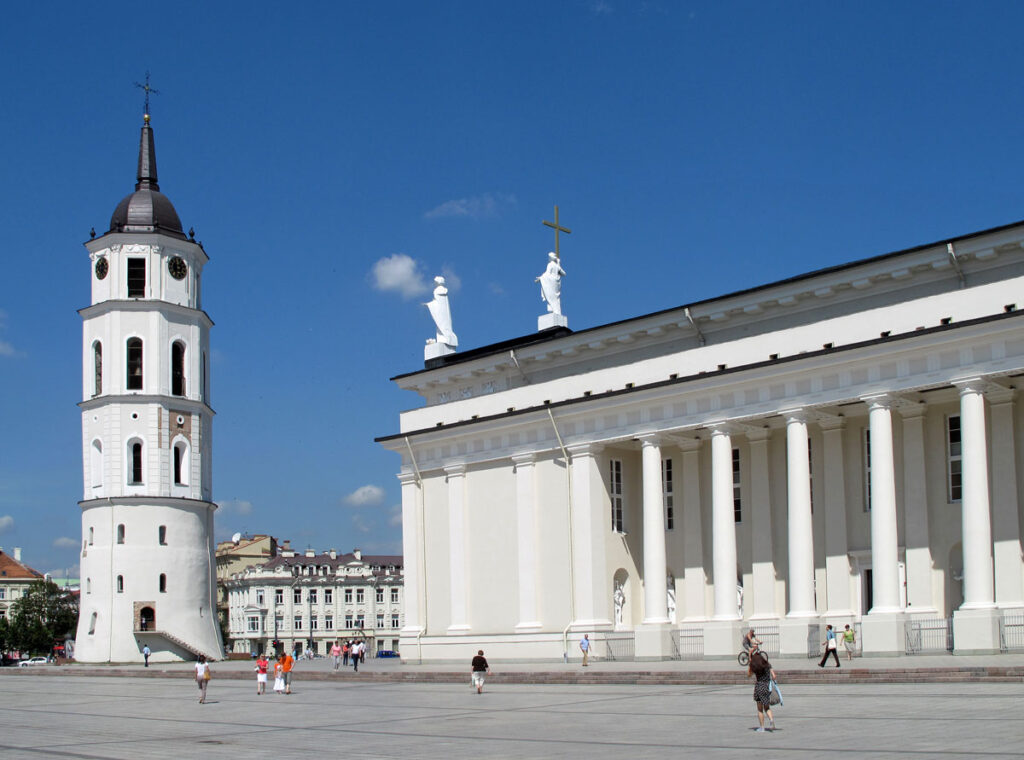 With around 600,000 people, Vilnius demands more than a day of anybody’s time, but I’m afraid that’s all I had. The train journey from Kaunas can take anything between an hour and an hour and three quarters, and with that in mind I took an early fast train to Lithuania’s capital city. The journey passed […]

When the low-cost airlines took off (sorry), it gave me the opportunity to visit some places that I’d always wanted to visit – and also some that I hadn’t; places such as Kaunas. Kaunas was to be my first destination to the Baltic States, simply because it was the only place in that part of […]