Staffordshire is part of the West Midlands region and a landlocked county in Central England. It consists of a low undulating landscape in the centre, with a hillier terrain in the south around Cannock Chase and in the north where it meets the southern Pennines and becomes part of the Peak District National Park. The village of Flash is officially recognised as the highest village in England at 1519 ft above sea level.

The River Trent, England’s third longest river, has its source on Biddulph Moor and helps to drain the county’s predominantly clay soil. This clay, along with large reserves of coal and iron ore helped make Staffordshire the hub of Britain’s pottery industry. In 1910 six towns joined together to form the city of Stoke-on-Trent, and the area became known as The Potteries. Stoke has an estimated population of around 250,000, and along with its neighbour, Newcastle-under-Lyme, forms the largest urban area in Staffordshire.

Burton-upon-Trent is another productive town and is sometimes called the capital of brewing, thanks to the time it was responsible for producing one in every four pints of beer sold in Britain. Other sizeable towns include Tamworth, Lichfield, and the county town of Stafford.

In 1974, the Staffordshire towns of Wolverhampton, Walsall, West Bromwich and Smethwick were incorporated into the new metropolitan county of the West Midlands, and today’s population stands at around 1.1 million.

In 2009 the largest hoard of Anglo-Saxon gold ever found in Britain was found in a field near Lichfield. The objects found are split between the Potteries Museum in Stoke and the Birmingham Museum and Art Gallery. Other places worth visiting include Alton Towers for families and the National Memorial Arboretum, which offers a more poignant day out. 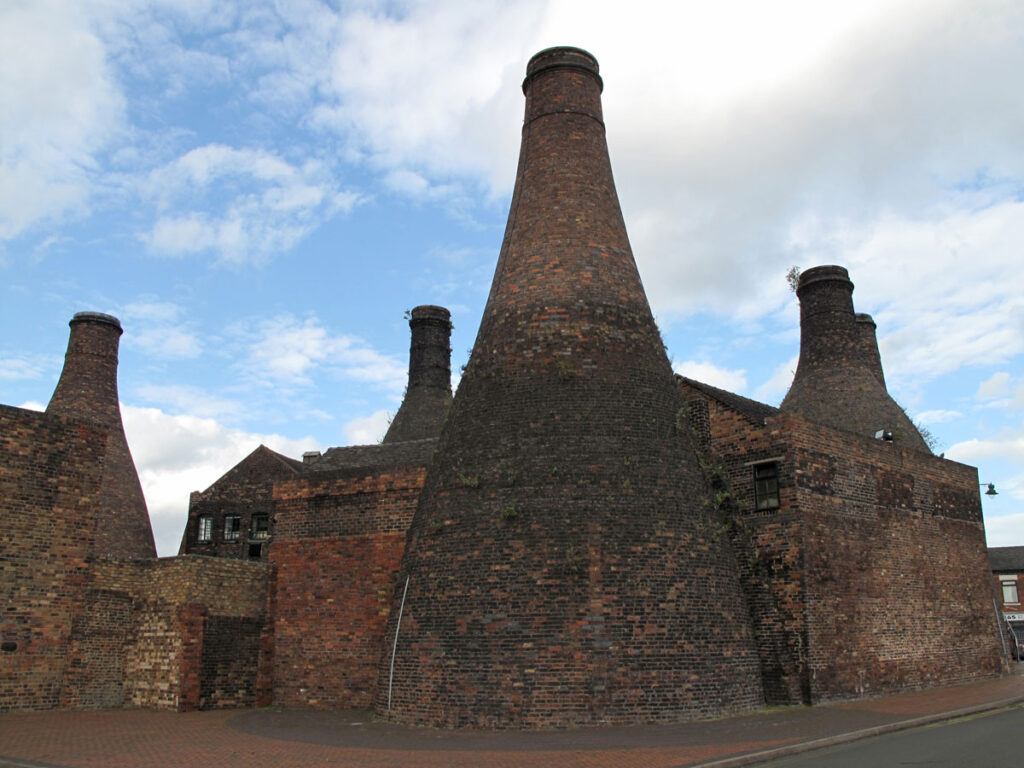 I’m old enough to remember when many towns in England had their own specific identity, and much of that came from what those towns produced. The football teams of some of these places give us a clue as to what they produced by their nicknames: For example, Northampton Town are called The Cobblers (shoes), Sheffield […]