Hemmed in by the Anoach Eagach ridge and Bidean Nam Bian, Glen Coe is a spectacular mountain pass that rises up from the shores of Loch Leven through the ‘Weeping Glen’ where mountain tops are often covered in snow and shrouded in mist, and up to wild Rannoch Moor whose dark brooding skies drop copious amounts of rainfall onto an already waterlogged, desolate plateau: In winter this precipitation can fall as snow, and the bogs and lakes turn the terrain into a cold and icy landscape.

It would be impossible to exaggerate the stark beauty and grandeur of the scenery, and my words and photographs can’t possibly do it justice, but it’s not just the skies that can give a bleak picture, it’s the glen’s history too – most notably, that of the Glencoe Massacre.

Lying under the Pap of Glencoe and near to the shores of Loch Leven is the tiny village of Glencoe, where you can find a monument to the massacre, which was not as straightforward as some would have us believe, but it was an unwarranted massacre nonetheless.

At the beginning of the 16th century, the MacDonalds of Glencoe were a lawless band of thieves who often helped themselves to cattle belonging to the Campbells of Glen Lyon.

The Campbells weren’t the sort of people to take this type of activity lying down, and for the next couple of hundred years plenty of blood was spilled on both sides during the ongoing feud.

In one raid thirty MacDonalds were caught in Glen Lyon and hanged, and then the MacDonalds returned the favour in 1646 when another raid into Glen Lyon led to the death of thirty-six Campbells and Menzies – and so it went on.

On the morning of the 13th February 1692 the MacDonalds were massacred in Glen Coe, and the Campbells not surprisingly got the blame, but it was the government that was culpable.

In August 1691 King William III offered a pardon to all the Highland clans who took up arms against him during the Jacobite Uprising of 1689. This pardon was on the condition that allegiance to the king was given by the 1st January 1692.

The MacDonalds had every intention of complying with the offer, and on the day before the deadline the clan chief, Alastair MacDonald, made the journey north to Fort William to hand over the oath: The trouble was he should have taken it south to Inveraray, and although he rectified his mistake, it was five days late and the MacDonalds’ name was never added to the list of clans that swore allegiance to the king.

As far as the MacDonalds were concerned, they had sworn allegiance to the king, even if they had been a bit late in doing so, and when troop numbers at Fort William were increased a month later, it was decided to send two companies (around 130 men) south to billet with the MacDonalds at Glen Coe.

It was obviously no accident that the troops were commanded by Captain Robert Campbell of Glen Lyon because the Secretary of Scotland, Sir John Dalrymple, had decided to let the Highlanders know who was now in charge, and teach one of the clans who never paid allegiance to the king a lesson – and there are no prizes for guessing which clan he chose.

And so it was, that at 5am on a snowy February morning a fire was lit on what is now known as ‘Signal rock’ to give the orders to attack the five hundred or so MacDonalds that were scattered around the glen.

Captain Campbell wasn’t chosen for his military abilities, and the attack was less than professional. Although 38 MacDonalds were killed in the attack, most of the clan escaped into the mountains, where up to twice as many died from exposure in the harsh winter landscape.

It’s not the number of casualties that is etched in the Highlanders’ memory of that attack though, but the way that the MacDonalds’ hospitality to the troops was repaid in such a brutal way.

It’s true that a Campbell was in charge of the attack and that there were other Campbells involved, but the instructions came from much higher up – right up to the king himself.

The event hasn’t been forgotten at the Clachaig, an old drover’s inn close to Signal Rock. On the door as you walk in there’s a plaque that says “No Hawkers or Campbells”: Fortunately, I’m neither and we were treated to some great hospitality over the Hogmanay period back in 2008. There’s nothing quite like spending New Year’s Eve somewhere like this – and I now know what the Scots keep in their sporrans.

From the Clachaig Inn the road leaves the valley floor and starts to climb up through the mountains: The Three Sisters that loom over the glen hide Bidean Nam Bian from view, and near the Meeting of the Three Waters the Coire Gabhail (commonly known as the Lost or Hidden Valley) used to hide the MacDonalds’ (and Campbell’s) cattle.

This formidable landscape is no less forgiving when you finally reach the top of the glen and arrive at bleak Rannoch Moor, but if you’re like me, and prefer a glass in your hand instead of donning crampons, you’ll be pleased to hear that there’s a refuge nearby in the form of the Kingshouse Hotel. 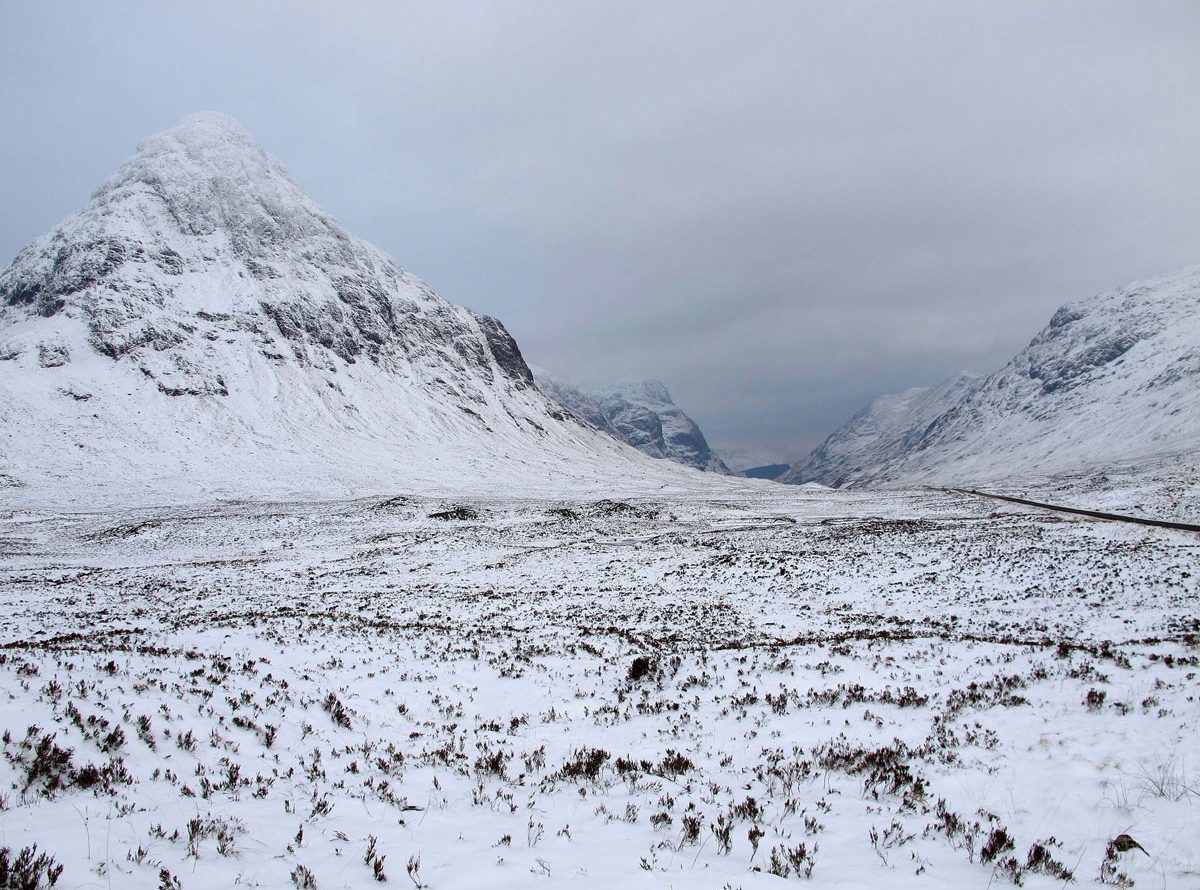 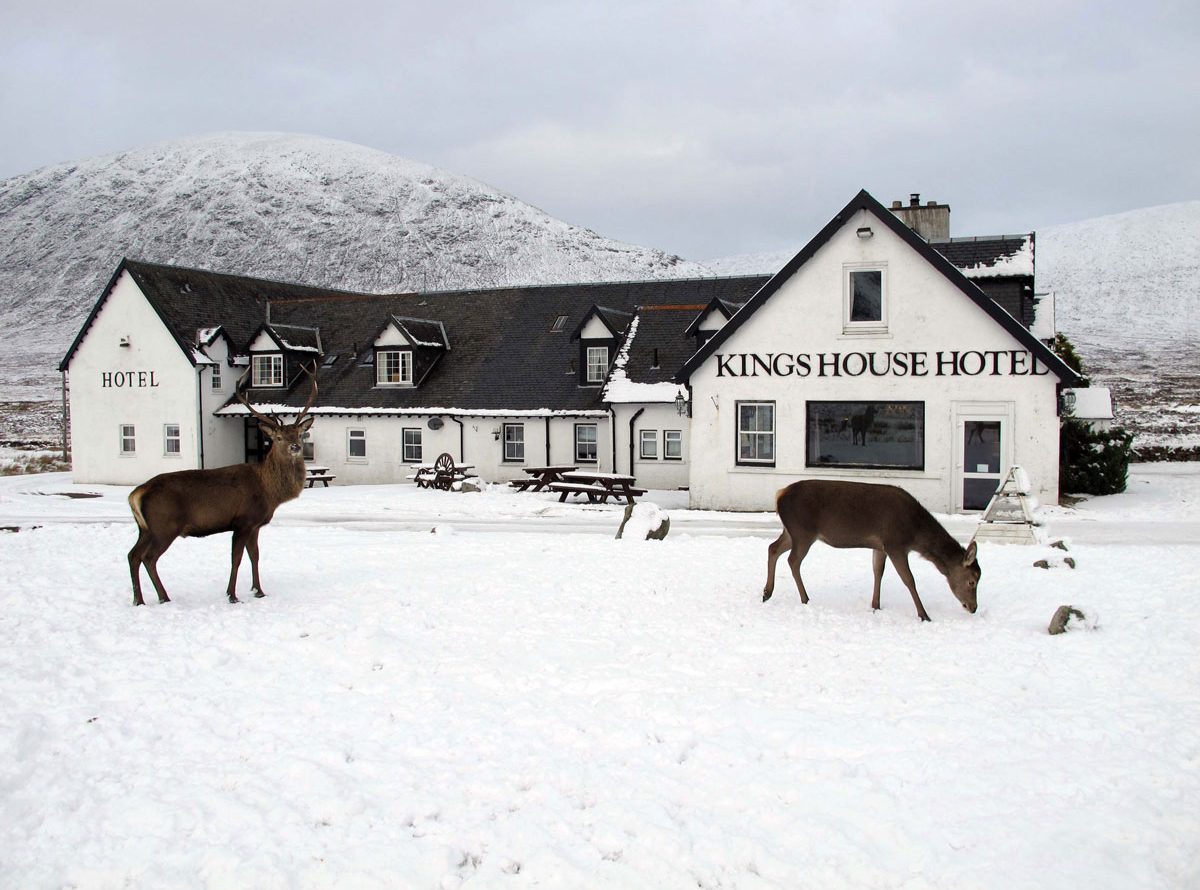 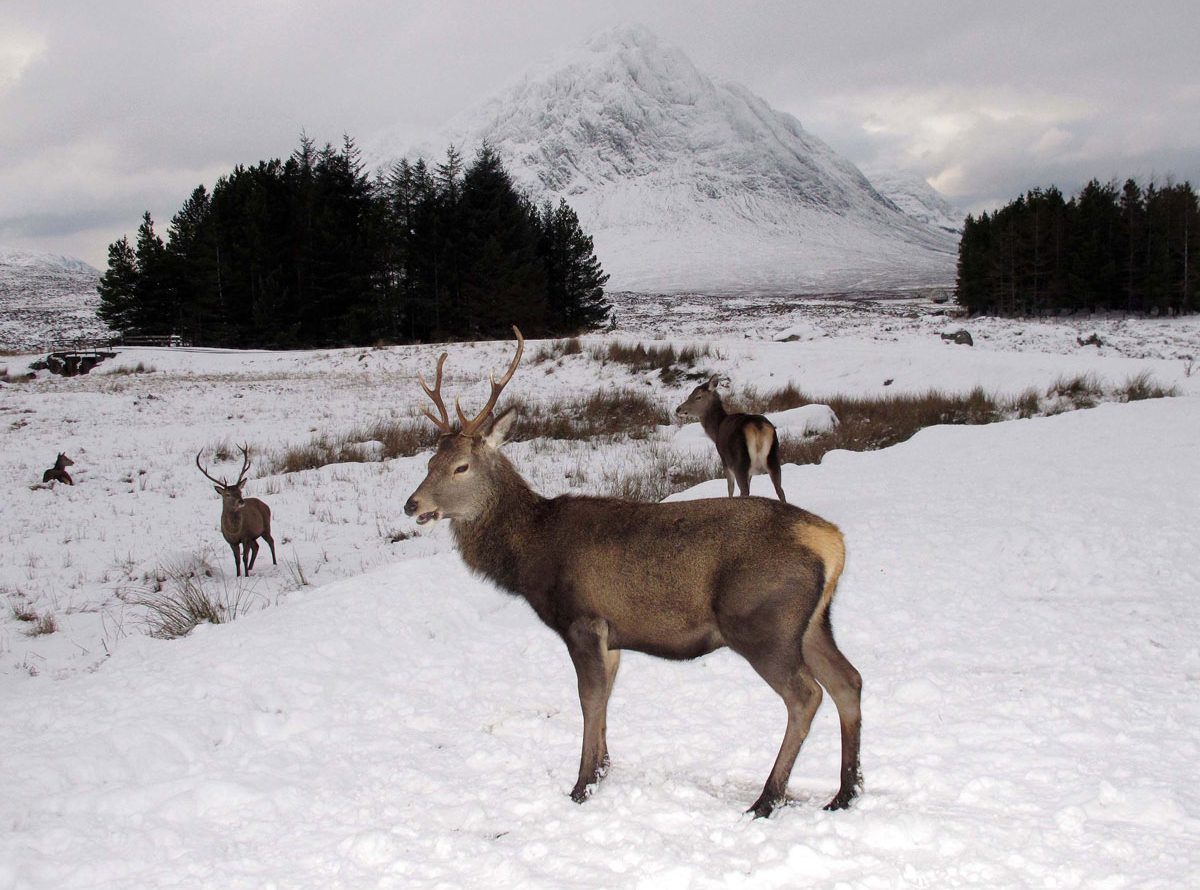 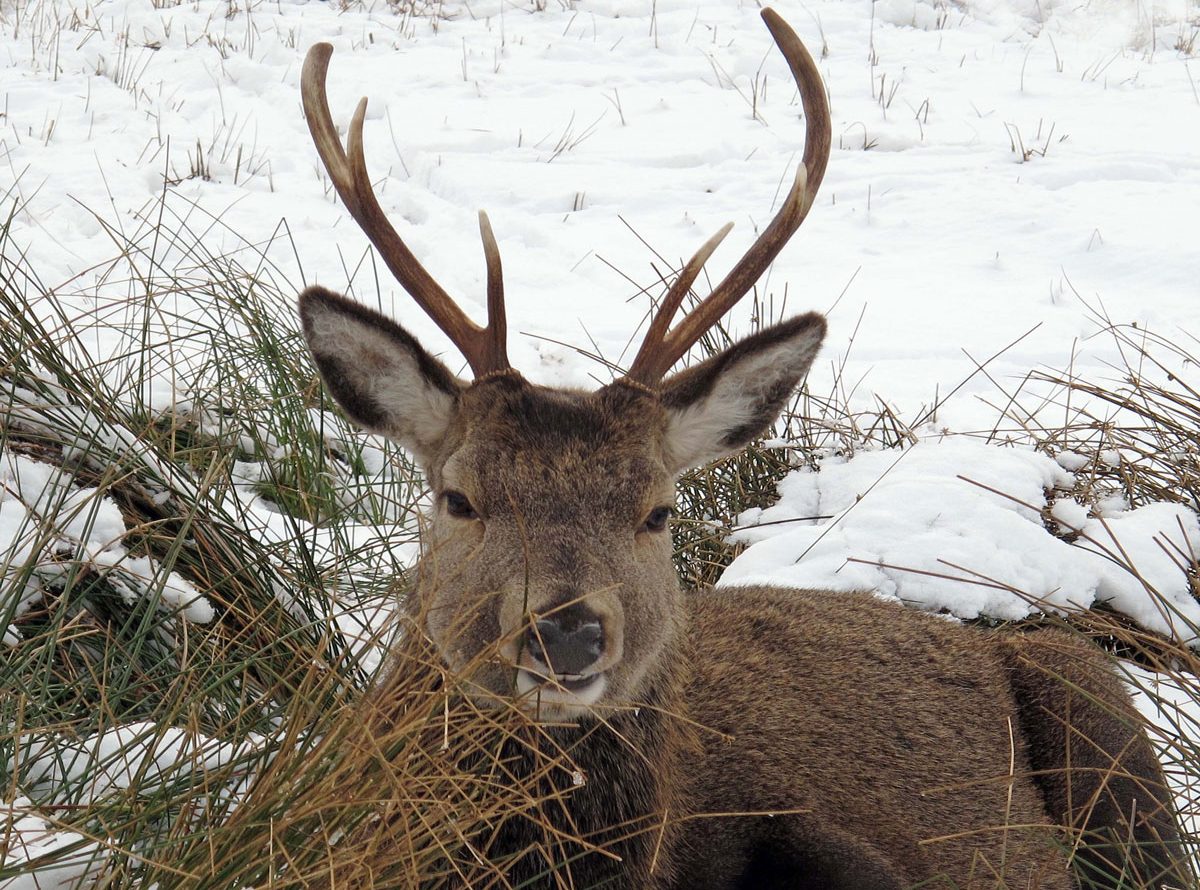 For a birds-eye of this stunning scenery it’s worth taking the White Corries (or Glencoe Mountain) chairlift on the opposite side of the road. It was installed with winter sports in mind but you don’t even have to put on a pair of skis because it’s open all year round and will take you up to 2,200 ft in 12 minutes – and I can’t think of a better way of ending than with a selection of shots up that I took up here in wintertime. To give an idea of the scale in the last photograph, the straight line in the middle is the A82 crossing the southern edge of Rannoch Moor. 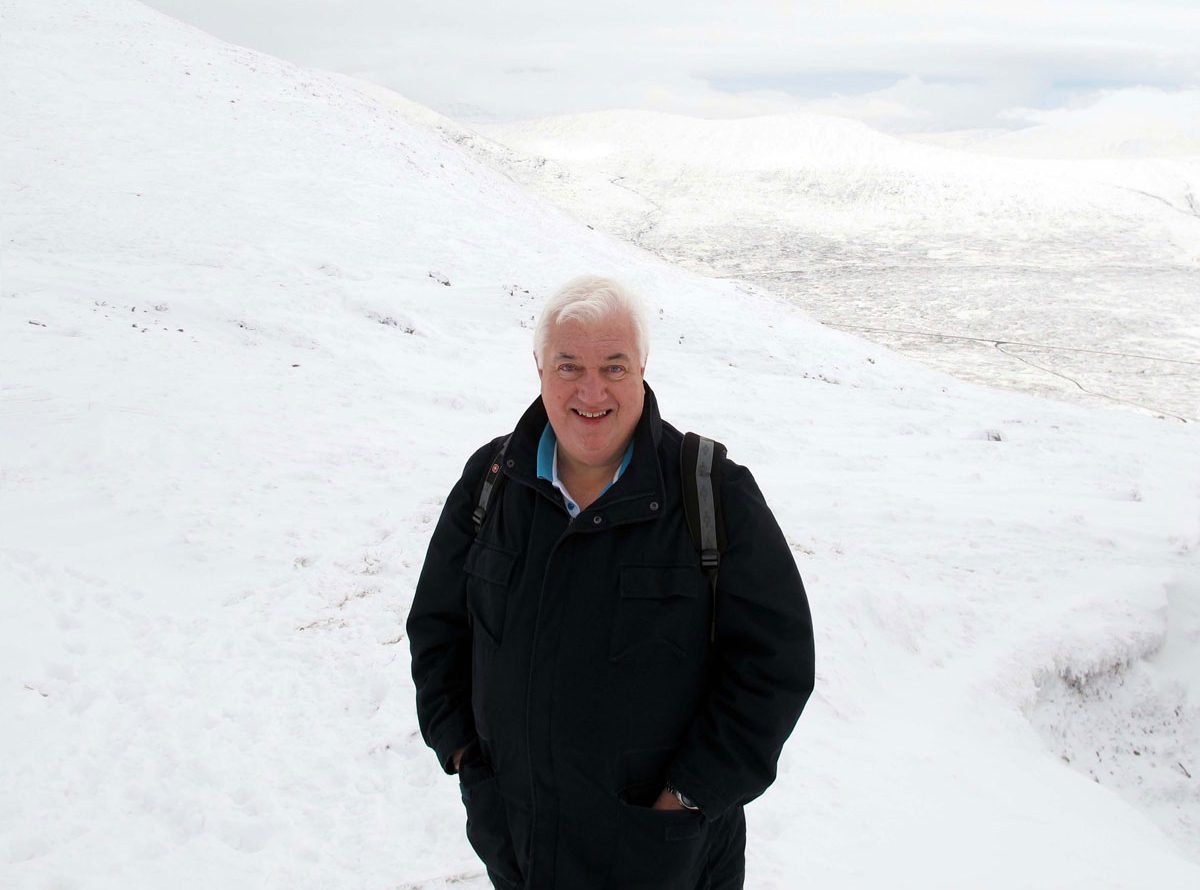 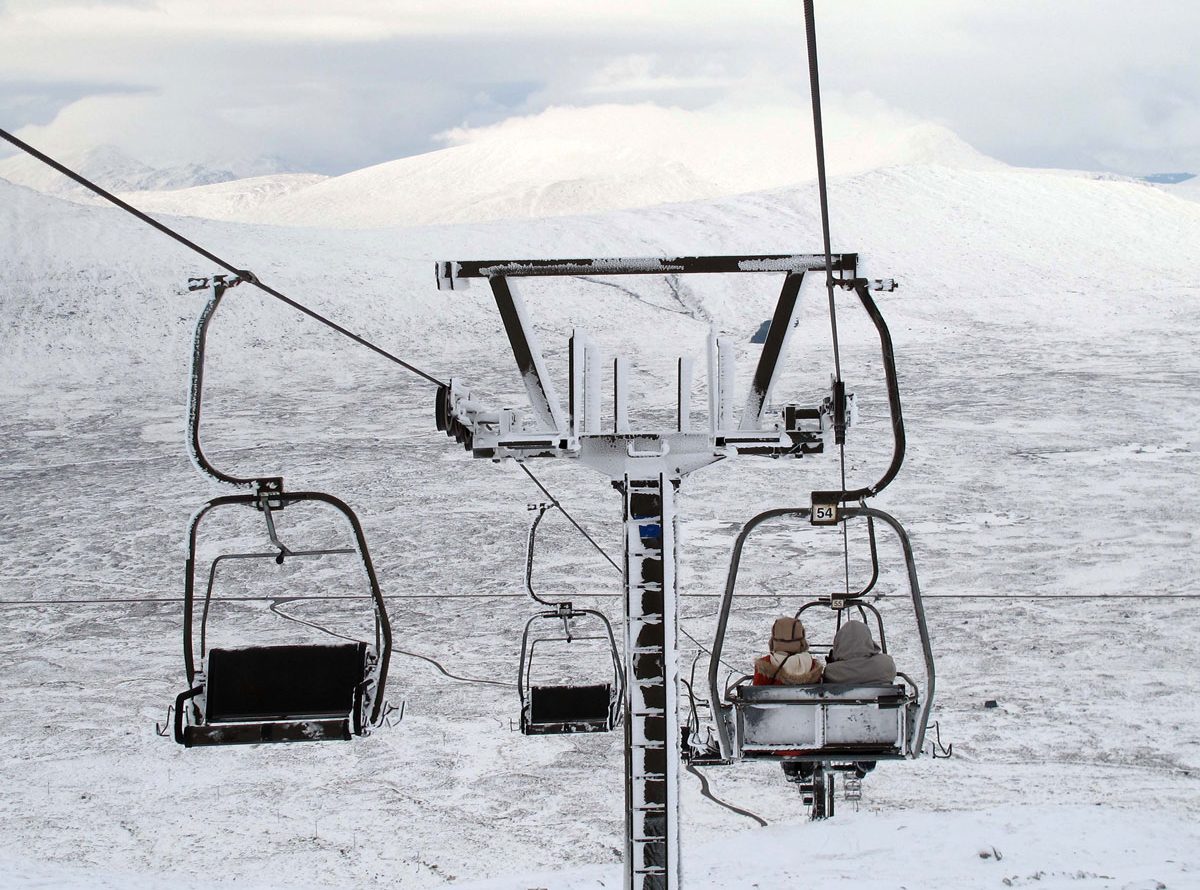 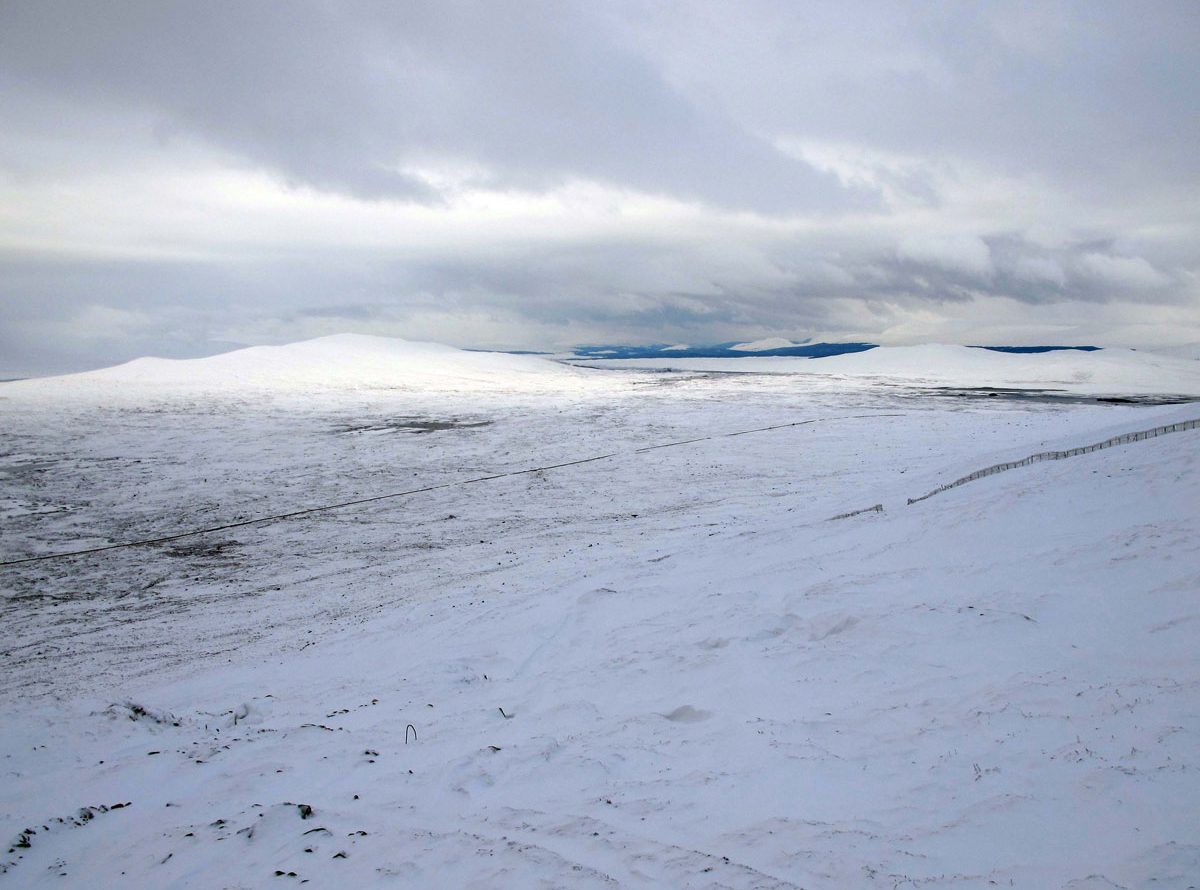