Exeter has a perfectly good river on its doorstep so why was there a need for a canal you may ask. For the answer to that we need to go back to the late 13th century when the Countess of Devon, a member of the Courtenay family, built a weir across the river just upstream from Topsham in order to power her mills on either side of the river.

Up until this point the river was navigable up to the city walls, but the weir made it difficult for boats to reach the city even though the Countess left a gap in the middle of the weir. Worse still, in 1311 her cousin, Hugh de Courtenay, blocked the central section, effectively forcing the ships bound for Exeter to unload at his quay in Topsham.

The Courtenay family were very influential and Henry Courtenay, the 1st Marquis of Exeter, was a close friend of King Henry VIII, which was just asking for trouble if you ask me, and the Marquis unsurprisingly ended up losing his head on Tower Hill in 1539. Falling out of favour with the King meant that all his lands were confiscated and the city of Exeter was eventually granted the right to tear down the weir. Unfortunately, it was all a bit too late as the river had silted up, and to overcome the problem it was decided to build a canal linking Countess Wear (!), as it became known (and still is), to the city.

The canal was built by John Trew and completed in 1566 with limited success, but by the 17th century engineers overcame what obstacles there were, enough to help the woollen trade turn Exeter into the 4th largest city in England.

As the years rolled by the canal was deepened and lengthened, but its days as a commercial waterway were bound to be numbered as ships got bigger and the balance of trade changed.

These days the canal and its towpath have become a place of recreation, and you can travel up and down it by canoe, pleasure boat, cycle or shanks’s pony.

The canal runs from the Basin near the Quayside down to the Double Locks, then under the swing bridges (used as training for the assault on Pegasus Bridge on D-Day), under the M5, and then on down to Turf Lock. A total of just over 5 miles.

The city end of the canal had already started moving into the era of recreation before the last ship had unloaded its cargo of timber in 1973. In 1969 Major David Goddard opened the wonderful Maritime Museum which occupied the Canal Basin and part of the Quayside, but in 1996 he had to close up and disperse his collection for financial reasons. Butt’s Ferry, which was an integral part of the museum, carried passengers between the Quay and the Basin as it still does today, although using a newer boat.

Today the modern Piazza Terracina overlooks the basin which is used for boat repairs and water sports such as canoeing and kayaking. Even though the Exe Valley Way passes through here, I can’t help but think that there’s still a lot of untapped potential.

How I wish we could see that Maritime Museum back, but it won’t happen of course. Major Goddard passed away in August 2015.

The Double Locks has been a favourite pub of mine for many years, and is as popular now as it’s ever been. It used to be a lock-keeper’s cottage, but in the 18th century it also became a pub and a stable for some of the horses that used to tow the ships up and down the canal.

The pub has always been a no-frills sort of place, with plenty of choice of real ales, often poured directly from the barrel behind the bar. Ciders are also a speciality and the food is generally a rustic sort of affair which seems to go with the pub’s image. Think cheese on toast with garlic mushrooms and you’ll get the idea.

The pub has always attracted the student fraternity, but everyone and their dog is welcome here. The bar has a nice feel to it when it’s not busy, the other rooms less so, but it’s the outdoors that gets most of the attention as you would imagine.

Although the Double Locks can be reached by car there are better ways of getting here including a regular summer service with Exeter Cruises from the Quayside.

The canal joins the River Exe just below the Turf Locks where the Turf Hotel is another favourite spot of mine, but whereas the Double Locks can be reached by car, it’s not an option here. You can walk or cycle but an alternative is to get the ferry service that operates from Topsham, which will also give you a chance to visit this smashing little riverside town.

Below are some pictures of the Turf Hotel, Where the canal meets the river, and the pub garden at the Turf. 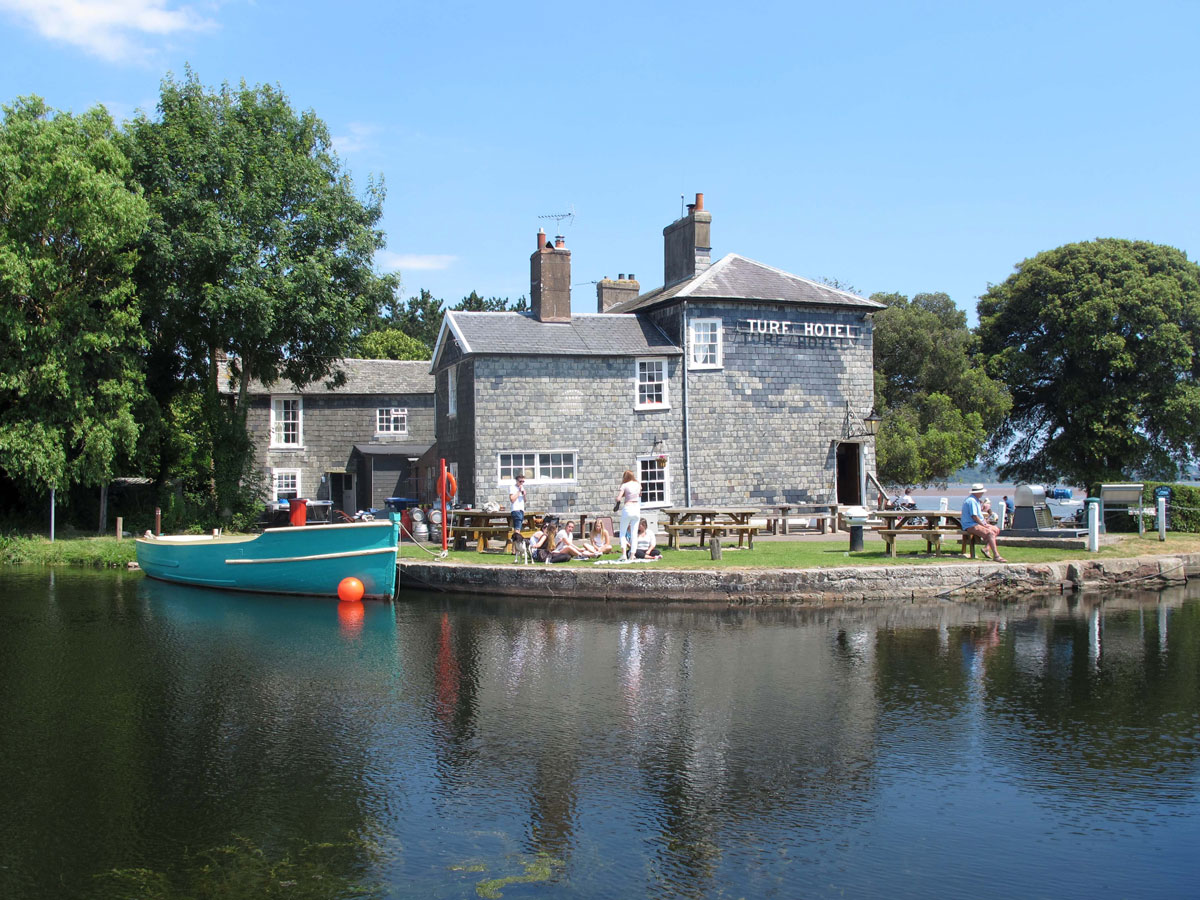 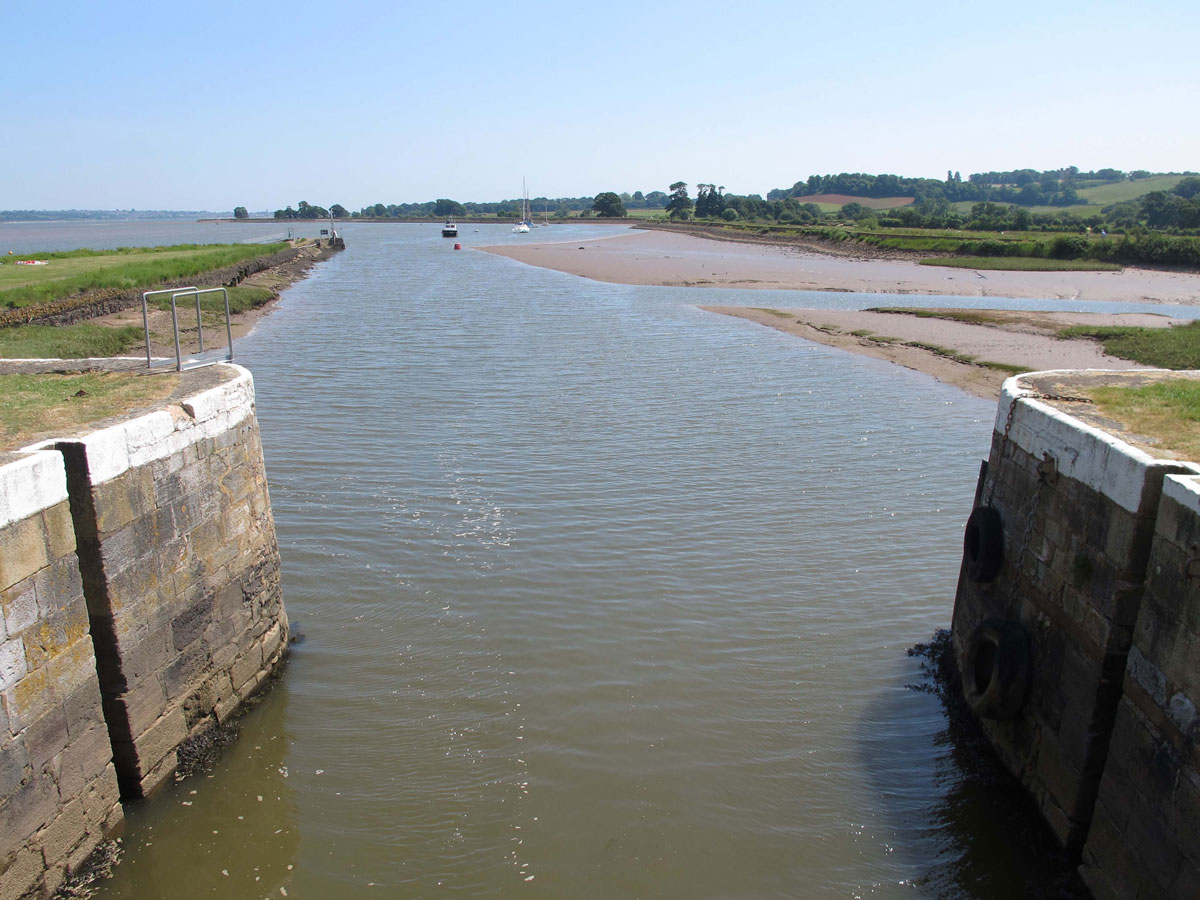 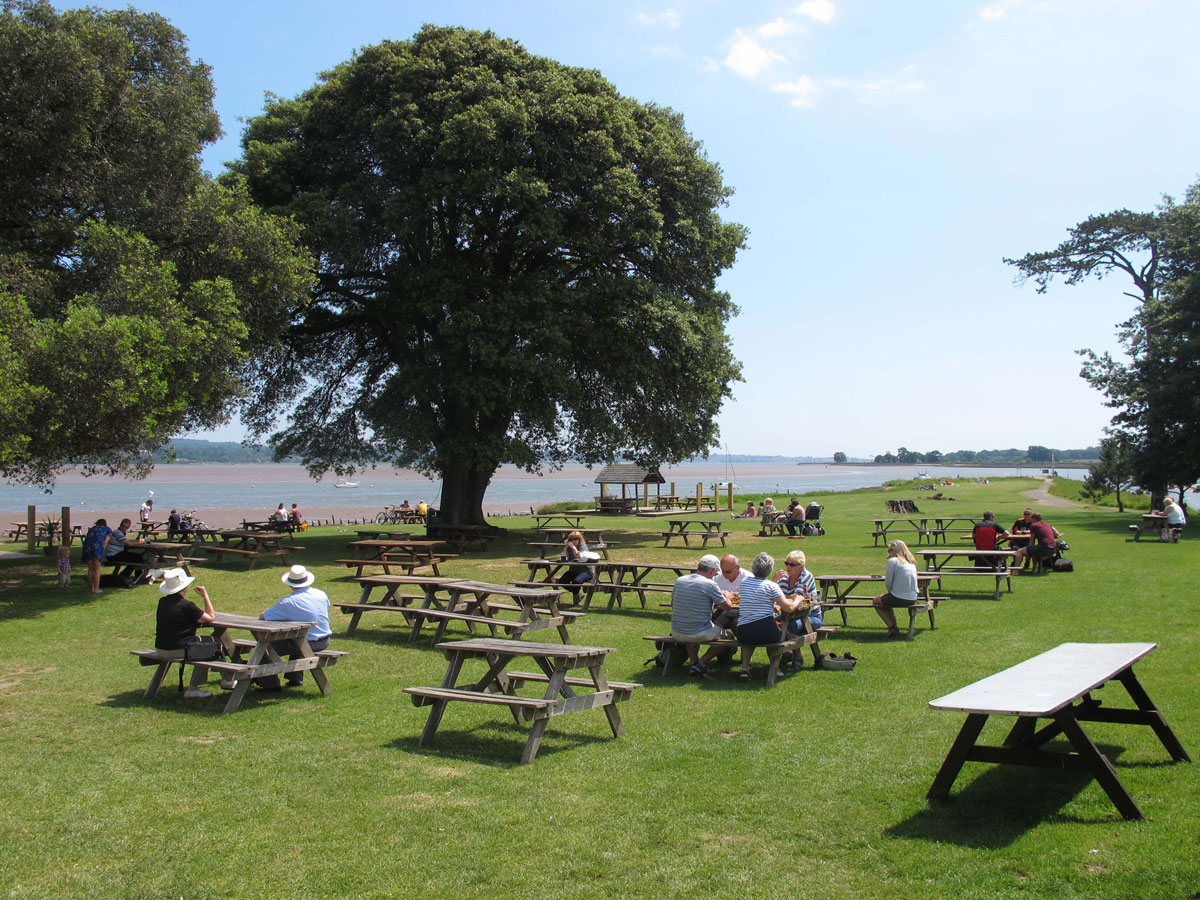 2 thoughts on “The Exeter Canal”