Topsham is a village/small town on the eastern bank of the River Exe just 4 miles or so from Exeter’s city centre. Since 1966 it has officially been part of Exeter, but its distinctive character makes it feel very different from its larger neighbour.

It started out as a Roman settlement and developed as a port which grew in importance following the construction of the weir at Countess Wear. Even with the arrival of the canal in 1566 it still prospered as trade boomed with the Dutch who came for Devon wool. The Dutch influence can be seen all over Topsham with gable-fronted houses, some of which were built with the bricks that were used as ballast for their ships.

The port is no longer vital to Topsham’s prosperity as it has now become a desirable place to live for people who like to live near the city but not in it.

The River Exe and the surrounding marshes have an abundance of birdlife, and places like Bowling Green Marsh are protected habitats for the large flocks of waders, geese and migratory birds that also make Topsham their home.

To get a taste of Topsham you can get a train from Exeter Central for the short journey along the Avocet Line. This way you can enjoy a drink in one or two of the excellent choice of pubs that are bound to beckon you in without falling foul of the breathalyser.

Wandering around Topsham is a delight, but I usually head straight down to the riverside from the station. If you do the same, you’ll walk down Station Road and cross over the High Street into Follett Road, at the bottom of which is Ferry Road and the river.

As soon as you turn left into Ferry Road you will soon come across a typical Dutch style building in the form of Follett Lodge which was the former home of one-time Attorney General Sir William Webb Follett, and just a few yards along is the ferry that the road is named after. It’s just a short crossing over to the other bank which gives walkers an opportunity to wander along the canal, but you’ll need to have your wits about you if you take Fido at the same time as the cygnets are born.

If you’ve opted to stay with me on the Topsham side of the river then there’s only one reason not to stop at the Passage House Inn, and that’s if they’re shut: You can easily lose an afternoon sat at one of the benches here overlooking the river, but if you’ve managed to control yourself, then you can always drop into the Lighter Inn on Topsham Quay.

I’m not suggesting that you turn this into a pub crawl because there are other things to do – simple things like feeding the ducks or taking the boat over to the Turf Hotel’s pub garden by the canal (oops, sorry!); or perhaps you might prefer visiting the museum along the Strand. This former merchant’s house is well worth a visit and was last occupied by Dorothy Holman who started it off in 1967. Dorothy Holman was the sister-in-law of the actress Vivien Leigh, and amongst all the other paraphernalia is the nightdress worn by the actress in Gone with the Wind. 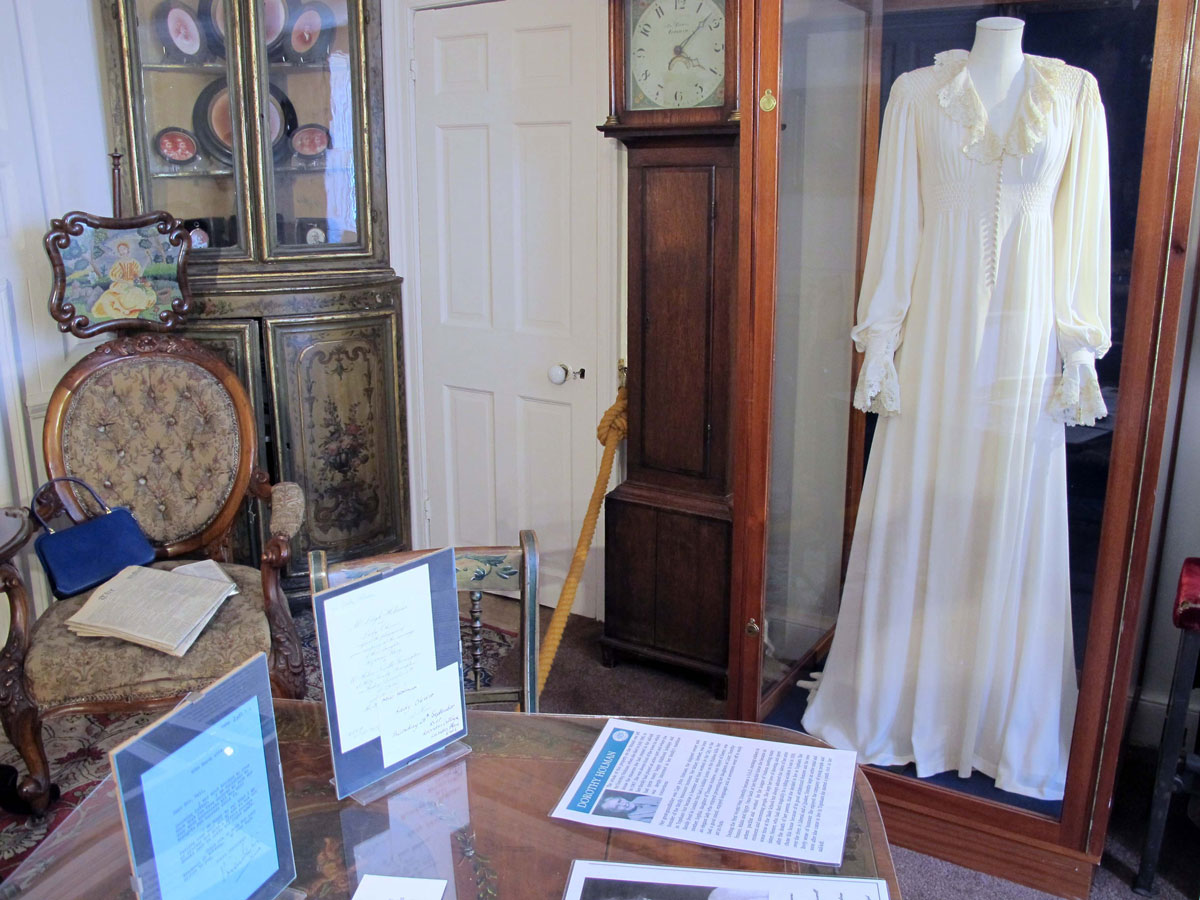 The Strand leads to the Goat Walk, and from here you can wind your way round to Bowling Green Marsh and the Bird Hide that the RSPB have thoughtfully provided. On the other hand, you may prefer to re-trace your steps back along the Strand to Monmouth Hill which leads up to Fore Street and the heart of the village. If you come back this way try to remember to take in the view from St. Margaret’s Churchyard overlooking the river.

Fore Street has plenty of places to help you part with your hard-earned cash – and plenty of decent Georgian architecture too – but it won’t take you long to reach Station Road and the railway station – not unless, that is, you stop in The Globe, the Salutation or Lord Nelson: if you do, then you’ll be glad you took my advice and caught the train.