The Magical Sunsets of Zadar

There are any number of reasons to recommend Zadar for a holiday, but to sit and watch the sun go down has to be one of the best reasons of all.

Alfred Hitchcock once described the sunsets here as “the most beautiful in the world”. That’s quite a statement to make, especially as there must be so many contenders for the title, but regardless of whether they are or not, they certainly take some beating.

This historical city sits on Croatia’s Dalmatian coast, and I’ll be describing it in more detail later, but for now, I’m just going to introduce you to the ‘Magical Sunsets of Zadar’.

It might not be easy to ignore the charms of the old city on the way, but you’ll want to head towards the quay named after King Petar Kresimir IV well before sunset.

The Adriatic Sea laps the quayside where a local architect named Nicola Basic created what’s known as the ‘Sea Organ’. The clever design has created a combination of practicality with, what I can best describe as an art installation. Steps lead down to the water where people are encouraged to sit and listen to the supposedly soothing sounds that are created when the waves push air up through underwater pipes into holes in the marble steps. The state of the sea decides how the sounds are made; It’s quite ingenious and an ideal place to sit and meditate, although I wouldn’t necessarily call the sounds particularly harmonious.

The same steps are used by people waiting for the sun to go down.

…and it’s worth waiting for

I’m always surprised by how many people see the sun go down and then disappear: Personally, I love the twilight period almost as much as the sunset itself.

Not everyone disappears after a Zadar sunset though because there’s another attraction that keeps people hanging around called ‘Greeting to the Sun’. Set into the floor at the tip of the peninsula next to the Sea Organ, the installation consists of a circular disc of solar-powered tiles that changes into a multi-coloured area of lights as soon as the sun goes down. This hypnotic disc of colour represents the sun and changes colour as people walk over it: Nearby are smaller circles representing the planets that orbit around it. Even if the Sea Organ didn’t capture your imagination, this definitely will.

Now tell me that the sunsets at Zadar aren’t magical! 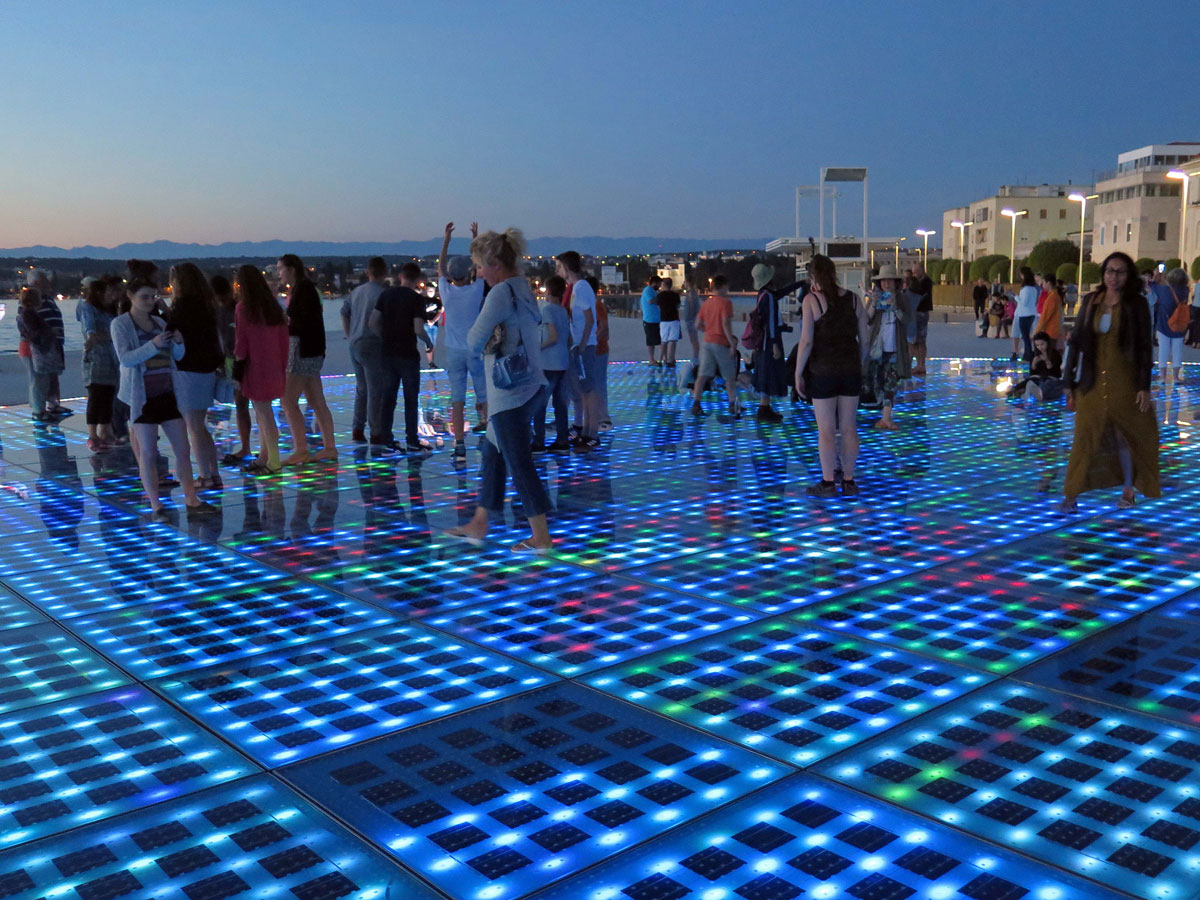 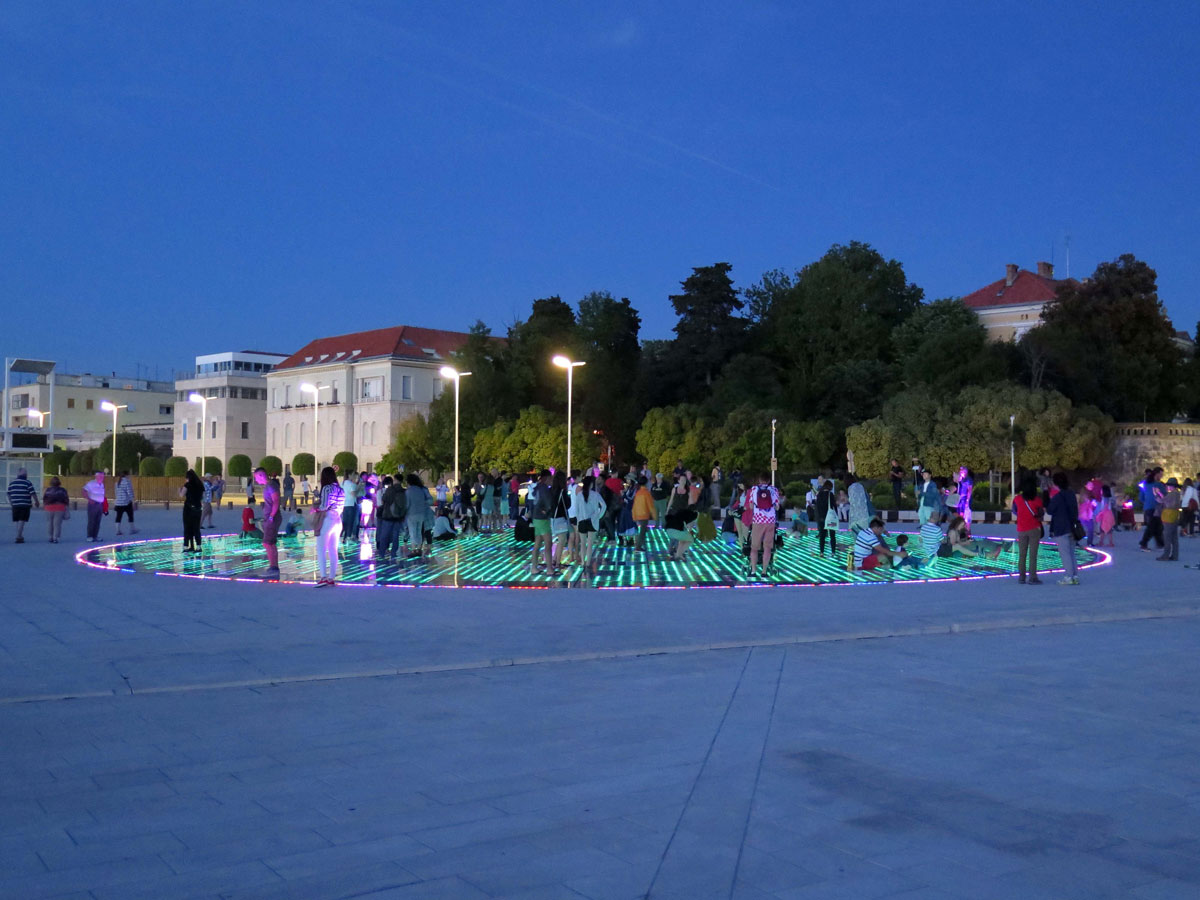 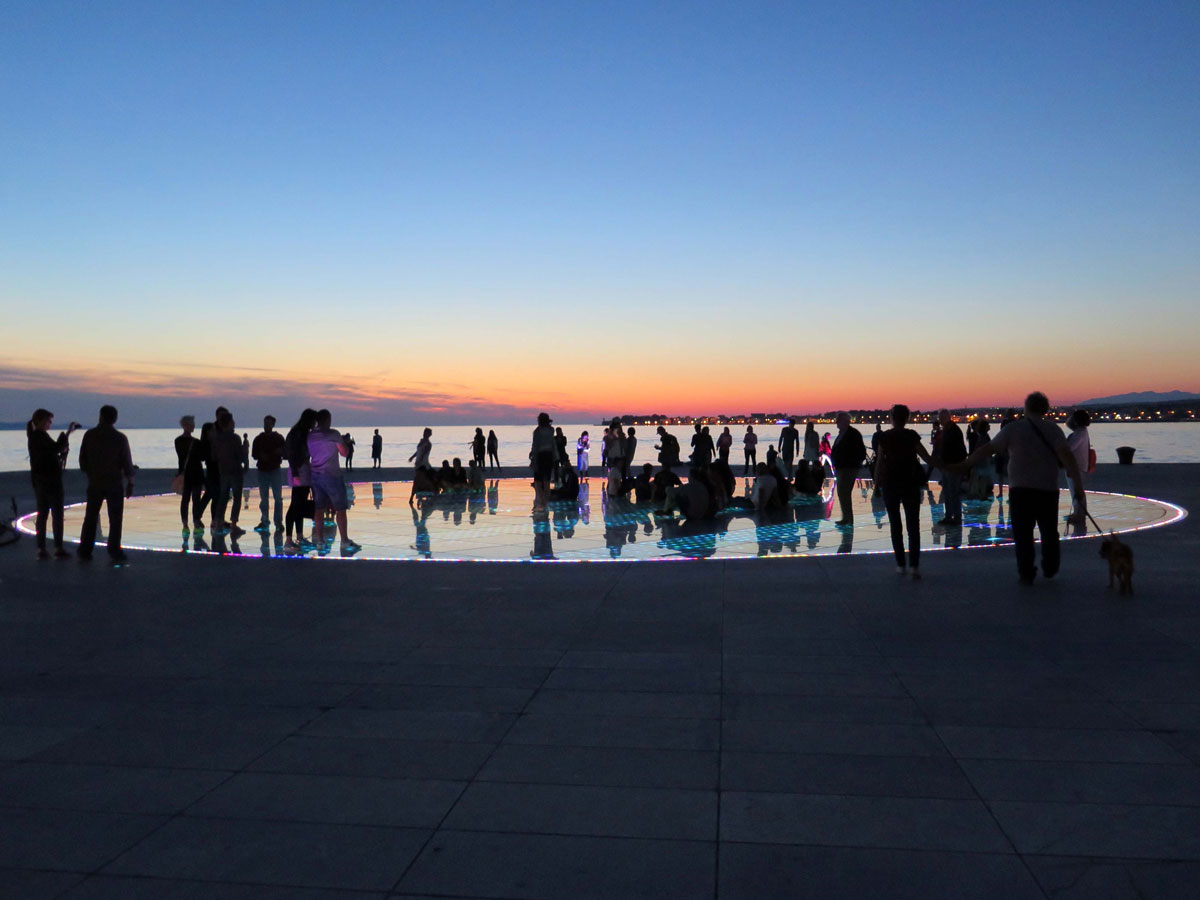 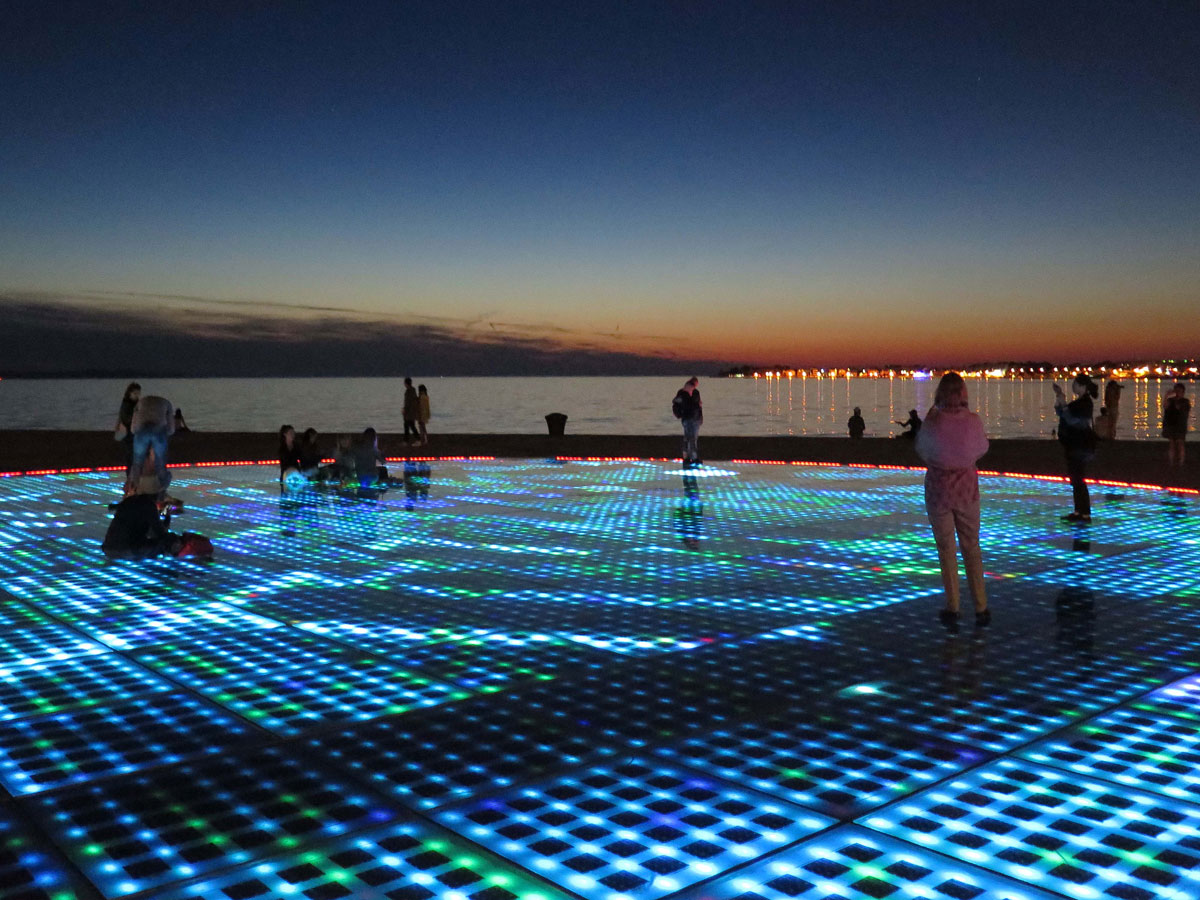 15 thoughts on “The Magical Sunsets of Zadar”