Visitors to Torquay have probably come to enjoy the sea air as much as anything, and a short walk from Torre Abbey through Abbey Park will bring you to the seafront and Torre Abbey Sands.

Abbey Park lies in front of the Riviera Centre and has some low-key sporting facilities such as tennis and crazy golf if you like that sort of thing, but the gardens, with their sub-tropical plants and water features are what I like, and in particular, the Italian Garden which is a riot of colour during the summer.

If you’re not in any rush to get the sand between your toes, you might also want to check out the One World Café and Bistro which is the ideal place for doing absolutely nothing for an hour or so.

Across the road from the park is Torre Abbey Sands, which, if you arrive when the tide’s in, you’ll wonder where the name Torre Abbey ‘Sands’ comes from. It’s not even a very big beach when the tide’s out, but it doesn’t seem to bother people too much who seem quite happy to sit on the steps and watch Sandyman create his sand art and then watch the tide wash it all away again. A few people throw a few coins in his hat, but it was nowhere near enough to stop him becoming homeless, and such a compassionate human being too.

For those of us with less talent and more money there’s several eating establishments nearby that are always popular, largely thanks to the sunny location near to the sea, but most offer good value for money as well, my favourite being Bistrot Pierre, but as nice as it is, I still prefer to watch Sandyman at work. 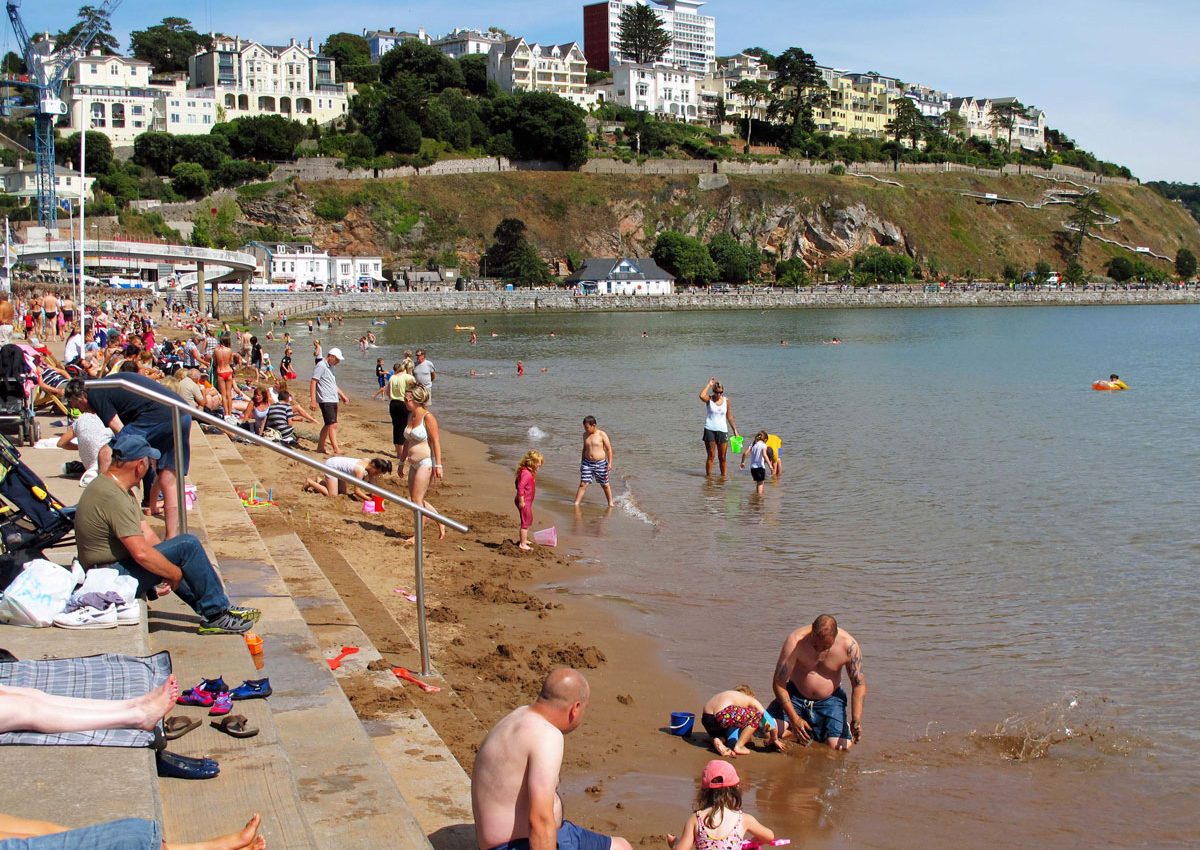 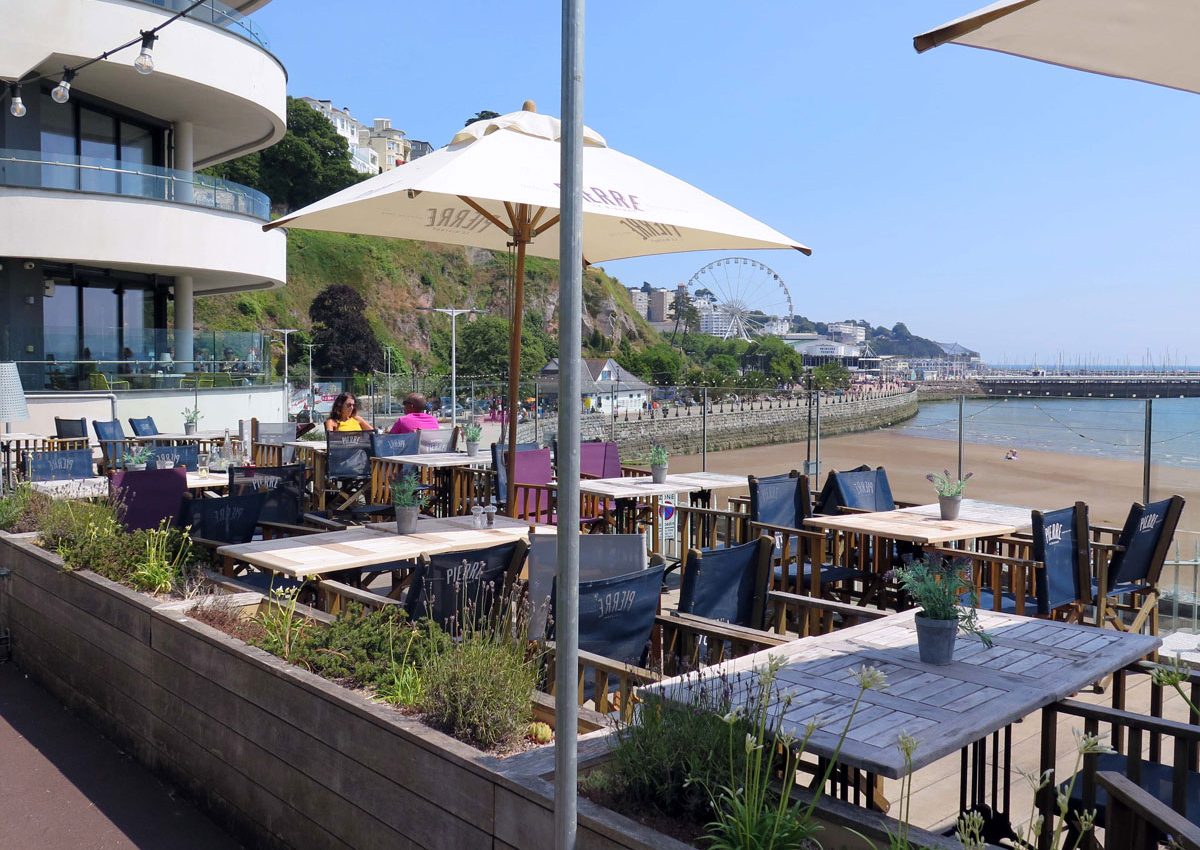 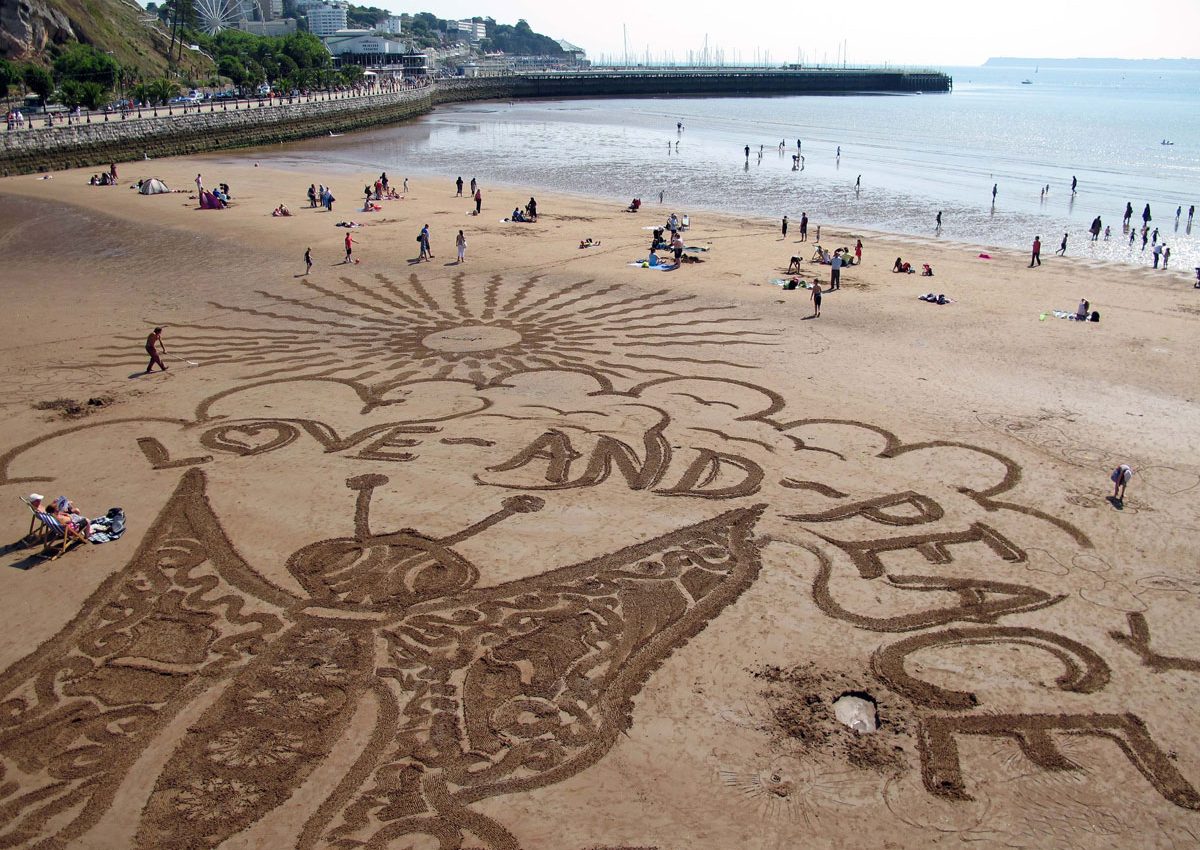