The Forth Bridge and the Firth of Forth

The Forth Bridge has to be one of Scotland’s most iconic landmarks, and is only around 10 miles from Edinburgh city centre.

Some people refer to it as the Forth Rail Bridge in order to distinguish it from the much later Forth Road Bridge, but it was never officially called that.

Both bridges, along with the new Queensferry Crossing, span the Firth of Forth between South Queensferry in West Lothian and North Queensferry in Fife, and just in case you’re wondering, the name Queensferry originates from the ferry that was established by Queen Margaret in the 11th century, and which continued operating right up until 1964.

The unusual cantilever design for the bridge itself came about due to a combination of bad weather and a design fault on the Tay Bridge which collapsed in 1879 killing up to 75 people (the numbers vary between 59 and 75).

This disaster, still one of the worst engineering failures in British history, prompted a re-think on the proposed Forth Bridge.

As a consequence, the cantilever concept, designed in Germany, was chosen for the Forth crossing and construction began in 1882, just a few years after the Tay Disaster.

It was completed in December 1889, but it’s interesting to note that the monument next to Hawes Pier remembers the 73 ‘Briggers’ who were killed building the Forth Bridge – a similar number to those who died crossing the Tay Railway Bridge.

When it was finished it was the longest cantilever bridge in the world, but that honour passed to the Pont de Quebec when it was built in 1917 (it’s still the second longest).

Of course, a bridge of this size needs regular maintenance and ‘Painting the Forth Bridge’ became synonymous with a never-ending job, because as soon as it was finished, work had to start all over again.

It’s recently been painted again, but this time with a newly formulated paint which should last at least 20 years. I hope it’s not too expensive because I could do with some of that stuff around the house myself. 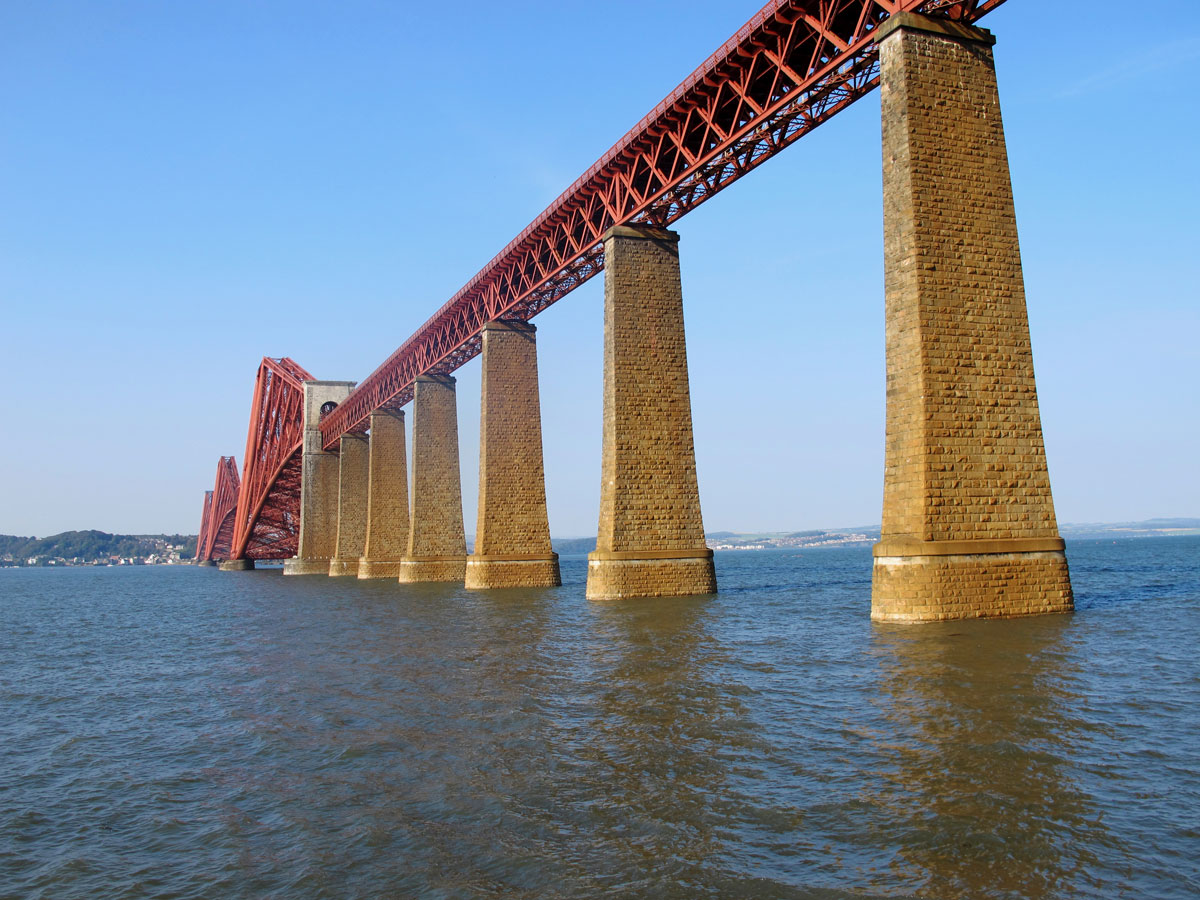 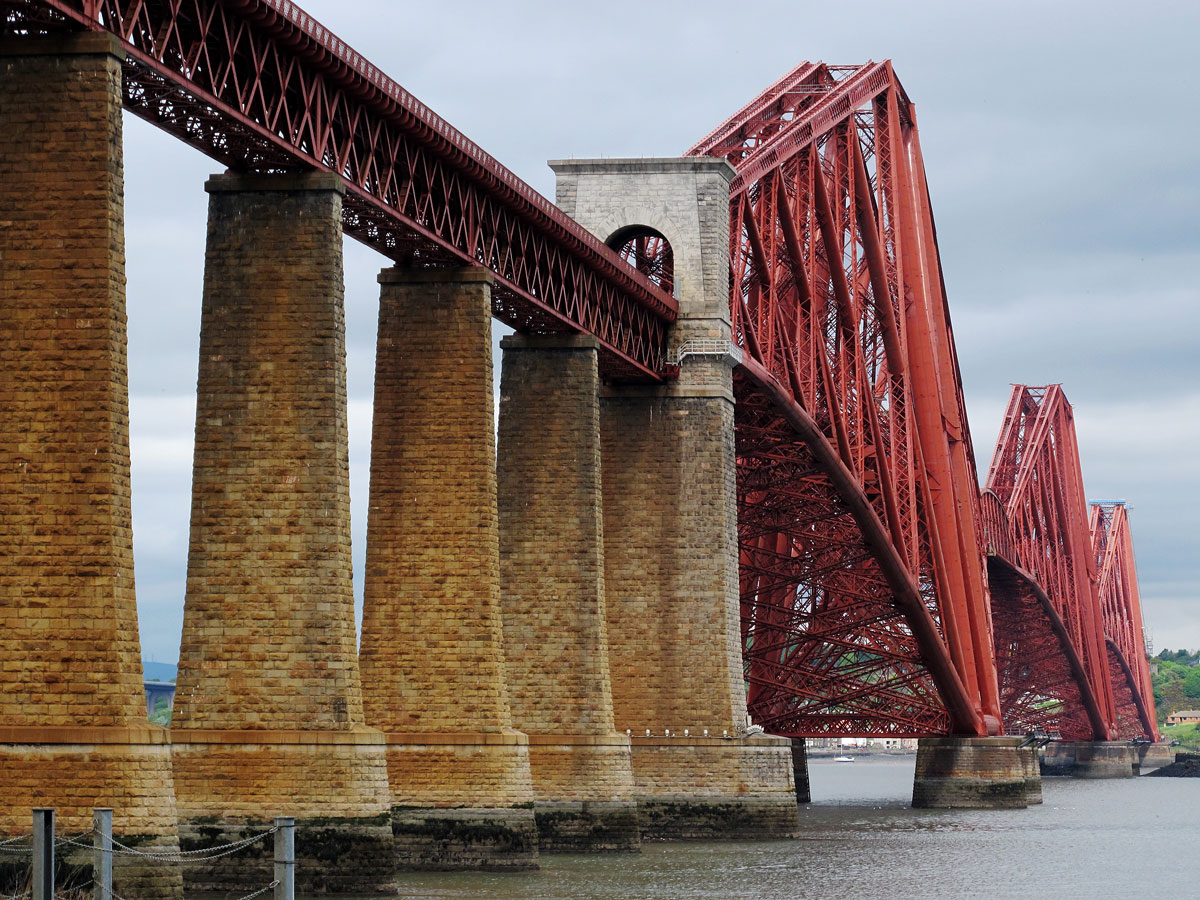 There are several ways to get to South Queensferry (or more precisely Hawes Pier) from Edinburgh and “you pays your money and takes your choice” as they say.

You can catch a bus, train or drive, – all of which have their advantages and disadvantages – but my recommendation would be to take the Forth Tours Three Bridges Bus and Boat Experience.

It‘s the most expensive option of course, but the easiest by far, and I don’t think anybody would argue that it represents decent value for money.

The itinerary includes a return bus ticket from Waverley to Hawes Pier and a cruise around the Firth of Forth with an option to include a visit to Inchcolm Island.

It’s a great day out and includes close up views of the bridges and the Edinburgh skyline from the boat, and a chance to learn more about the Firth of Forth and meet some of the estuary’s wildlife.

2 thoughts on “The Forth Bridge and the Firth of Forth”