The Hoe is one of the first places people head for on their first visit to Plymouth – and for good reason. This large open public space has one of the most fantastic views of any city in the country.

The views stretch out across The Breakwater and Plymouth Sound into the English Channel, and from Devon’s South Hams coastline in the east to Cornwall’s Rame Head in the west.

‘Hoe’ is an old Anglo-Saxon word meaning ‘High Ground’, and although it isn’t that high above sea level it still affords commanding views, such as those that can be had from the colonnaded Belvedere near West Hoe.

Built on the site of a previous camera obscura, it was completed in 1891 at the end of a decade that saw the Hoe change from farmland to a city park.

Below it is a former bull ring that is now a memorial garden for various veterans’ associations from WW2 onwards.

Plymouth’s close association with the armed forces is also acknowledged by several fine memorials and monuments, the biggest and most impressive being the Naval Memorial.

Along with Chatham and Portsmouth, Plymouth was chosen as one of the three UK’s manning ports to have a memorial dedicated to sailors lost at sea who had no known grave.

Prince George unveiled the memorial in 1924 to commemorate the 7,000 sailors that were known to be lost at sea during WW1.

After WW2 a sunken garden was installed on the landward side of the obelisk and another 16,000 names added.

Sir Francis Drake, Plymouth’s most famous sailor, is remembered by a statue of him looking out across Plymouth Sound as though he’s keeping an eye out for the Armada, and yet folklore tells us that he wasn’t the least bit bothered of the approaching Spanish fleet. “Time enough to play the game and thrash the Spaniards afterwards” he was reported to have said while playing a game of bowls here on the Hoe.

Apart from Drake’s statue, there’s a fine Armada Memorial nearby topped with a statue of Britannia, plus other memorials to the various armed forces connected with the city. There is however, one structure that stands out more than any other – Smeaton’s Tower.

Smeaton’s Tower is the unmistakeable red and white lighthouse that has become the city’s most identifiable landmark, but it’s not here to warn ships that if they come any closer they could end up in Tinside Pool below: It’s here more as a memorial to the great engineering feats of the people who managed to defy all the elements to build a lighthouse on the Eddystone Rocks twelve miles out to sea.

Henry Winstanley built the first one in 1698. It was quite a mind-boggling feat back in those days and it lasted until 1703 when a great storm took the lighthouse and 6 men, including Winstanley, down to ‘Davy Jones’ Locker’.

Its successor was built by a man named John Rudyard who was acting on behalf of a Captain Lovett. Lovett’s plan was to use the lighthouse as a means of exacting tolls out of passing ships – and from 1709 to 1755 it worked. Unfortunately, the wooden construction burnt down one night in December when the lantern caught fire. One of the three lighthouse keepers was 94 year old Henry Hall who had the unpleasant experience of ingesting molten lead from the lantern roof. This incredible man somehow managed to survive another 12 painful days.

In 1759 John Smeaton must have used these past experiences to enable him to build one that would last for the next 120 years. Eventually, of course, the weather took its toll and it was decided to bring back what they could to dry land and re-erect it on Plymouth Hoe.

The current, and fourth, lighthouse was designed by James Douglass and has been operational since 1882. A hundred years later it became the first offshore lighthouse to be automated.

If you sail past the Eddystone rocks today, you’ll not only see this lighthouse but also the stump of Smeaton’s previous one next to it.

For anyone who has an interest in political history, at No. 3 Elliot Terrace, West Hoe, is the former home of Lady Nancy Astor, who, as the conservative MP for Plymouth Sutton, became the first woman MP (in 1919) to sit in the House of Commons.

There’s no doubt that Plymouth has one of the most attractive locations of any city in the country, but its use as a naval port has meant that access to some of the waterfront has been somewhat restricted over the years, but up here on Plymouth Hoe Plymothians and visitors have complete unrestricted access to views that are unsurpassed, and a recreational area that has something for everybody; there’s even a bowling green still here, and no matter how long you have in Plymouth, make sure that you take a leaf out of Sir Francis Drake’s book and come up onto Plymouth Hoe and leave everything else until later. 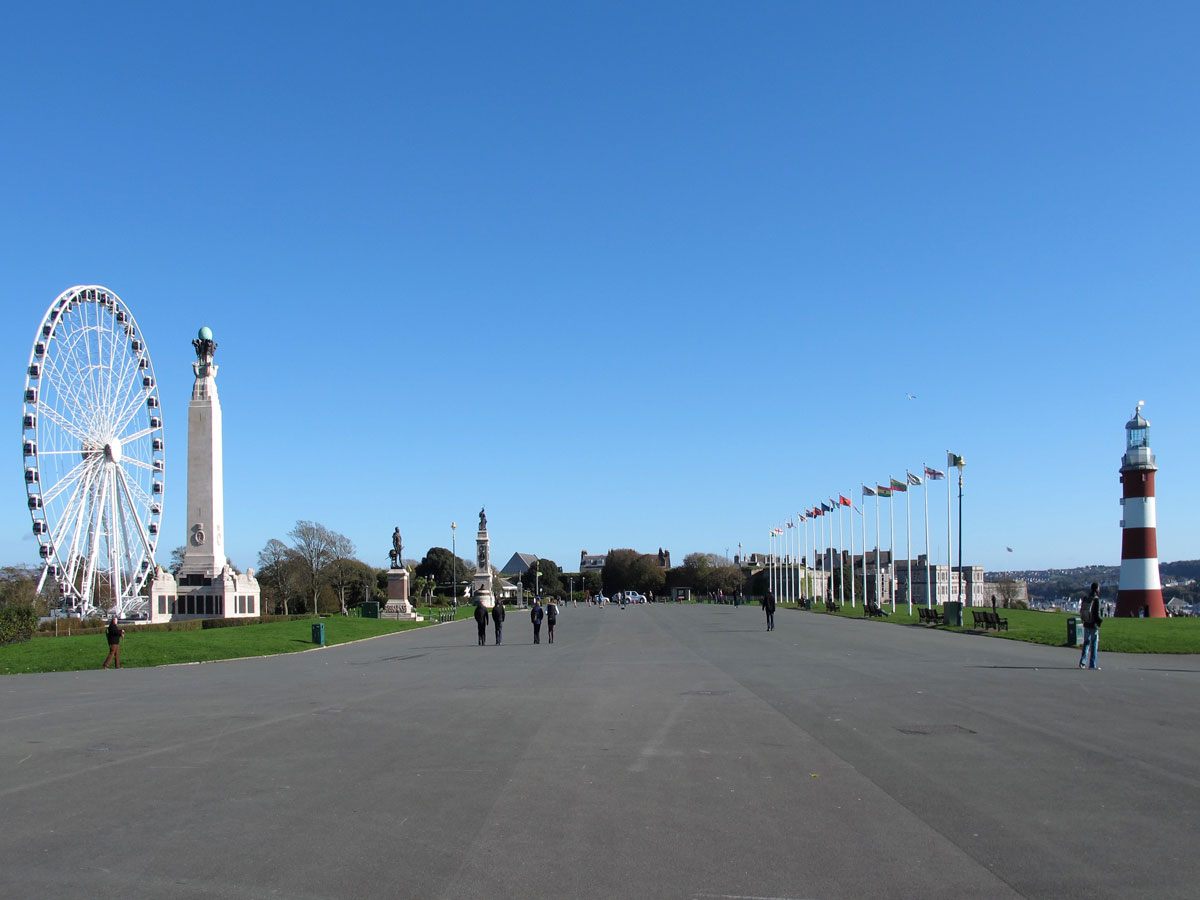 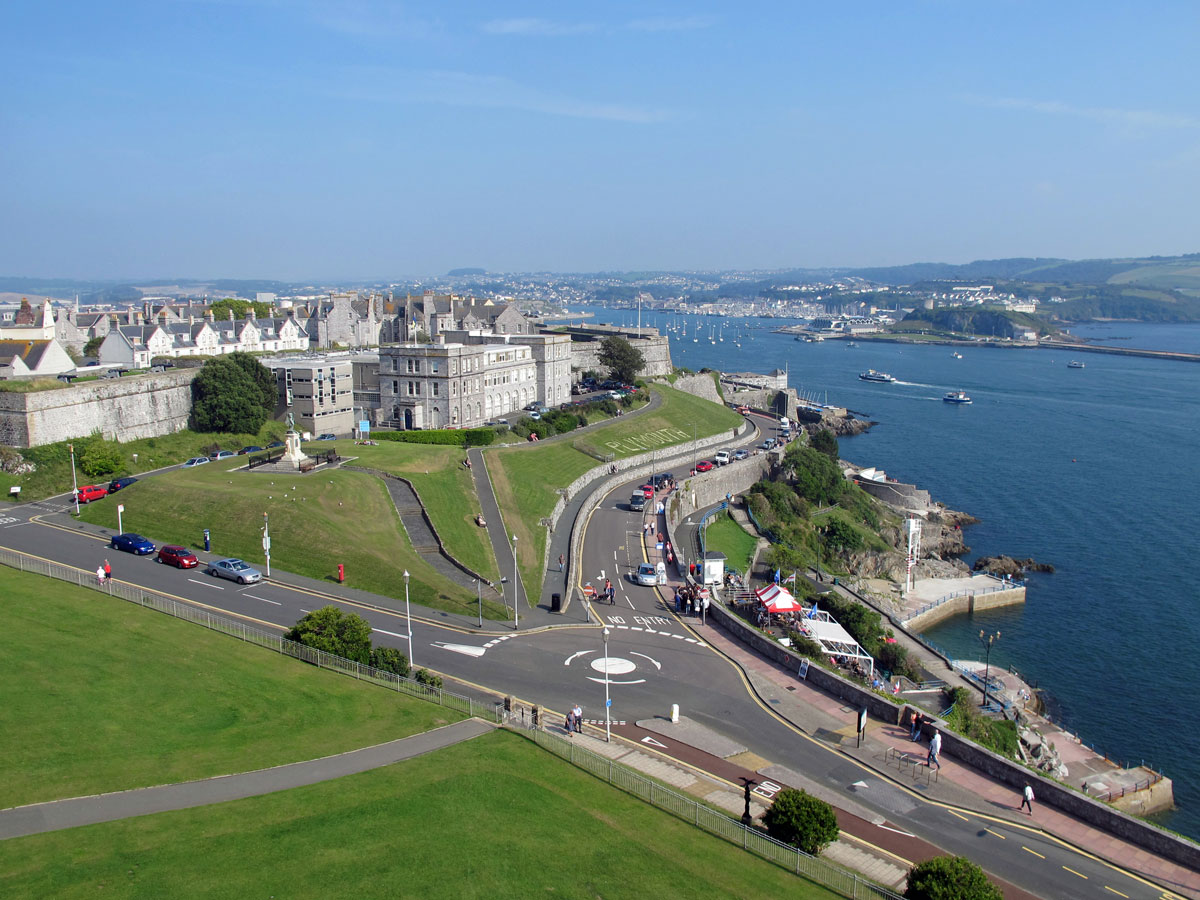 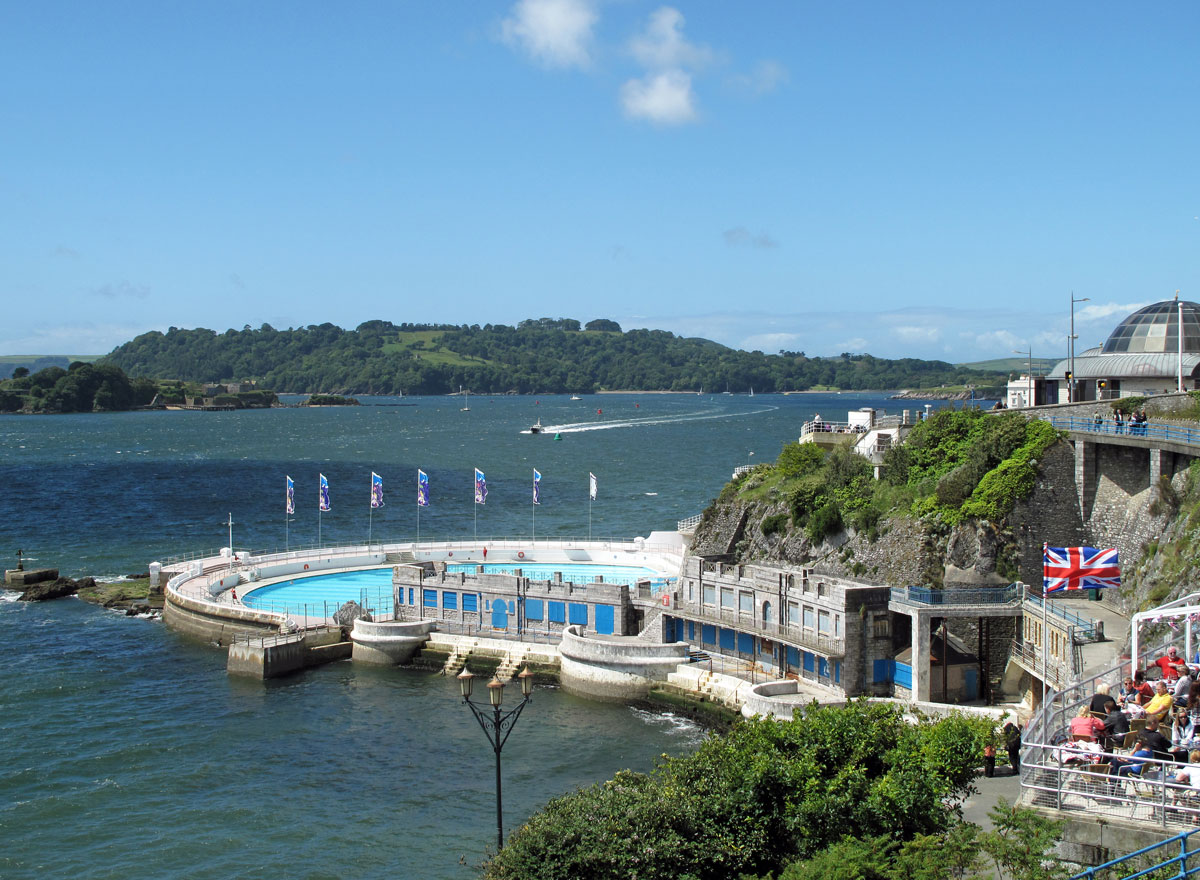 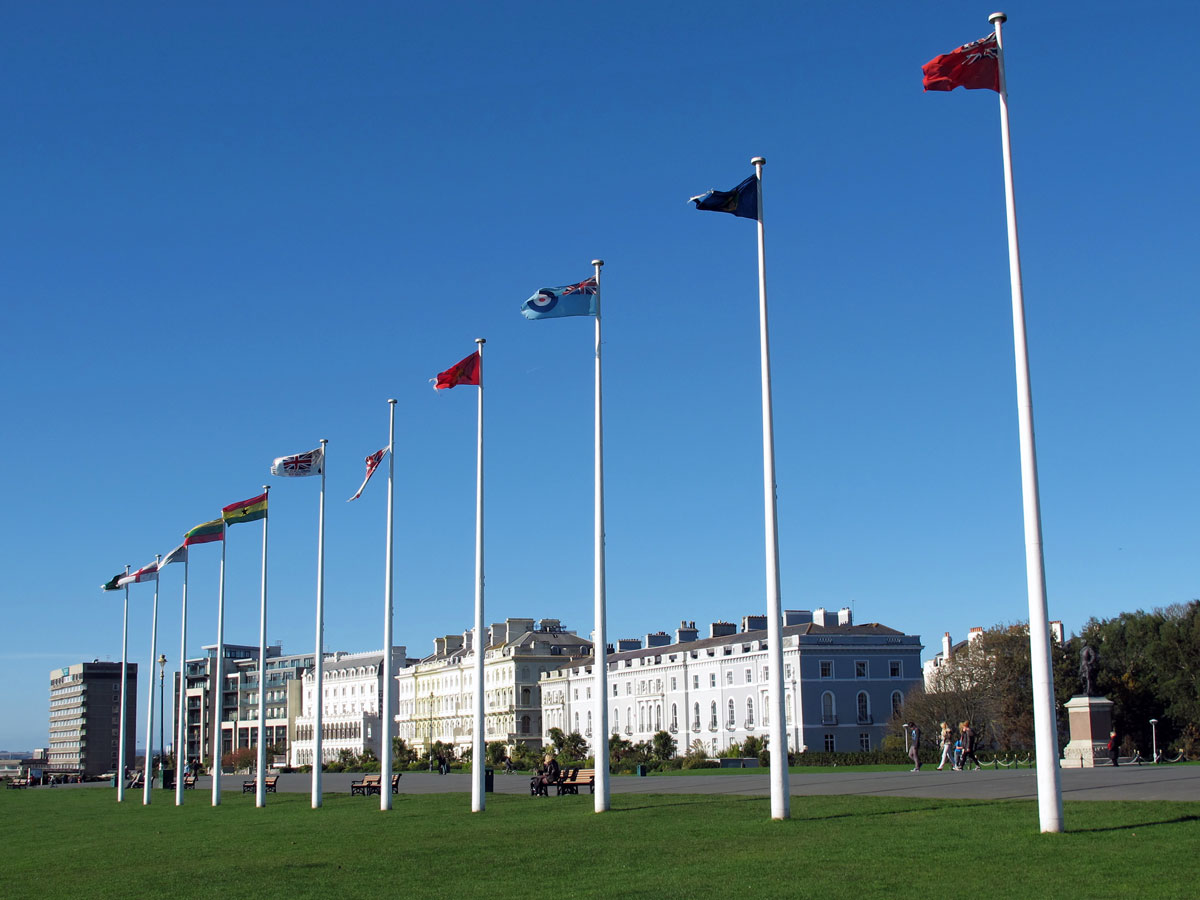 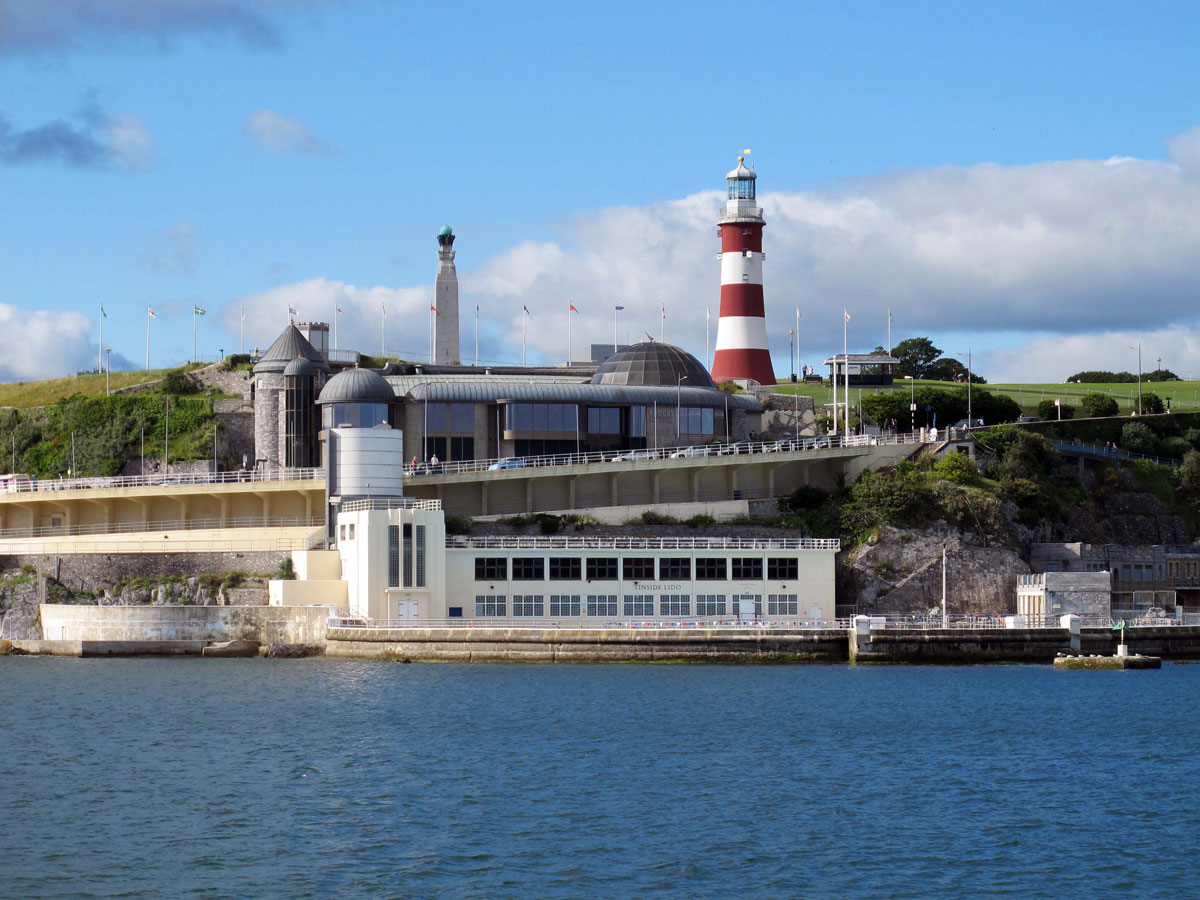